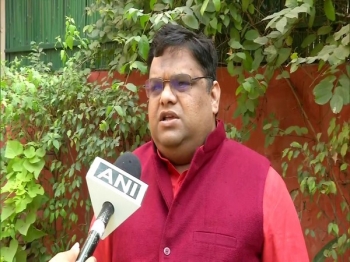 A Raid that Smacks of Vendetta

Hooligans are hooligans, but what about the custodians of law if they start behaving like the former. A video going viral showcases how a delegation led by Priyank Kanoongo, Chairman of the National Commission for Protection of Child Rights (NCPCR) raided a Catholics-run girls’ hostel in Madhya Pradesh and later accused the nuns of ‘conversion’. The video clearly reflects the intention behind the entire move; it apparently brings out the ‘raiders’ affinity towards a particular ideology.

Over two dozen officials along with two vans full of cops came to ‘fix’ the nuns running a welfare hostel for the tribal girls from remote villages, who are otherwise deprived of secondary and higher education. The team entered the girls’ hostel without a lady official and searched the dormitory and bags of the girls. The men reportedly went on to search shamelessly even their undergarments.

The Bishop Clemens Kalyan Kendra under the Sagar diocese was set up in 2014 with due permission of the local authorities of the M.P. Govt. Last year the permission of the Kendra was renewed for further five years by the Collector owing to the good work by the nuns and based on the need for the development of the area. The holistic improvement of the standard of life of these girls was appreciated by one and all, including the parents, officials and the community. The cost incurred upon one girl comes to around Rs. 20,000 per year for their food, tuition, clothes, households, lodging etc. The expenditure on the hostel comes to the tune of around Rs 20 lakh a year. Those parents who could afford paid Rs 600 per month towards the expense.

In all, 19 tribal girls in the age group of 13 to 18 from the nearby villages are boarded in the hostel. Five of them are Christians from North Eastern states. All of them are studying in the local Government school. The parents of these girls had dropped them here with an undertaking that they may be accommodated and imparted better education.

During the visit, the NCPCR delegation expressed their satisfaction with the functioning of the hostel and suggested to improvise upon a bit on the facilities. But in their report to the Collector, they accused them of ‘conversion’. They also found a copy of the Bible in the possession of Christian students and alleged the hostel was promoting religious conversion.

“Intkheri is known to be such a strong Hindu belt that even the Sarpanch did not come out openly in support of the good Samaritan work being carried out for the development of his community. These nuns gave their life for the community development, especially the tribals, but are being trapped. Despite all odds, these nuns have been imparting tireless service on the humanitarian grounds by providing help on the health and education fronts,” said Fr Liby Puthenveetil, priest in charge of Holy Family Church Intkheri, Sultanpur, Raisen District.

According to Sister Pavana, Assistant General of the Sisters of Jesus religious Congregation, “On 8th November,  a group of 20 people came inside the hostel premises without any prior notice or permission and started searching and enquiring the functioning of the hostel. The delegation was later introduced as from NCPCR, CWC, Childline and local police personnel. They searched the entire dormitory and even the private bags of the girls. They didn’t find any offensive material, and thus went away suggesting a few corrective measures like strengthening of the security, etc. Again, they came back on November 9 and enquired from the girls as to whether they were imparted any Bible teaching or prayers.”

The social work started among the tribals in 1980 by providing free education and health facilities in the vicinity. On the demand of the local tribal parents, a proposal for setting up a girls’ hostel was initiated. The villages had no schools during those days. The hostel charges an amount of Rs 600 per month and Rs 6000 per year from every child for their lodging and boarding.

Sister Mereena, Superior of the Sisters of Jesus, said, “No one on the side of girls or parents has complained. The entire episode of searching and reporting is questionable and seems to be an effort to support an ideology. A personal vendetta cannot be ruled out as the officials hail from the nearby district of Vidisha. An effort is being made to showcase that the officials are in line with the ruling party and their ideology. The students told them that they were staying in the hostel on their free will as they did not have facility to attend school. The officials also asked the students if they were being forced to learn Christianity or involved in Christian prayers.”

A nuns’ delegation led by Sister Pavana, along with Sister Mereena and others, met Collector Arvind Dubey and Deepak of CWC and submitted the documents clearing their stand. The officials appreciated the good work being carried out in the region by the Kendra.

The nuns have appealed to the District Collector to conduct an impartial probe into the allegation.

The NCPCR is a statutory body established in 2005 with the mandate “to ensure that all laws, policies, programs, and administrative mechanisms are in consonance with the child rights perspective as enshrined in the Constitution of India and the UN Convention on the Rights of the Child. It functions under the Union Ministry of Women and Child Development.

The Commission’s November 9 letter to the District Collector ordered sending the students to their homes alleging some serious lapses in their care at the hostel. The students, however, certified to the officials that they were well taken care of, with proper food and facilities for studies. The Christian children said they had brought the copies of the Bible from their homes and they read it as part of their routine life.

Meanwhile, the nuns demanded the District Collector to inspect the hostel, refuting the Commission’s findings.

The video on the raid on social media was apparently shared to target the nuns for providing facilities to the poor girl children to get education. “We are being harassed for helping the poor children to get education,” Sister Alice Jacob, the congregation’s superior general, told Matters India. “We found many had to drop out after Class V for want of facilities to go for further studies, especially transportation to attend distant schools and thus we started the hostel,” the nun explained.

The nuns disputed the Commission’s claim that its team had female members. “Our nuns asked them why they entered the premises without a female official. But the main official ignored it showing his identity card and carried out the search,” said Sister Jacob.

The NCPCR was constituted to safeguard child rights; but the Commission is punishing the very same hands which are sheltering tribal girls and trying to give higher education and safeguard their well-being.