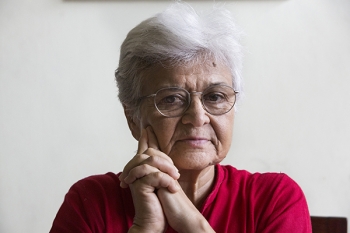 Get men too involved in household work : Woman activist 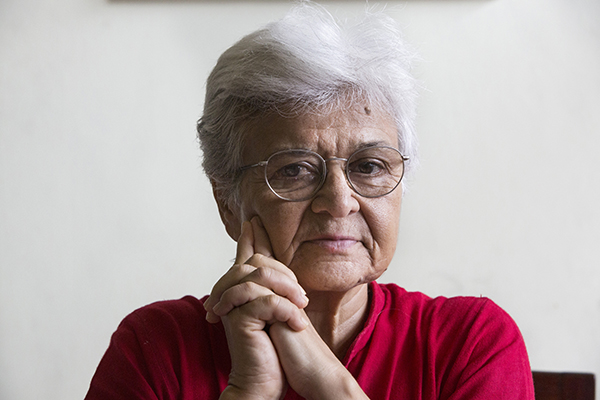 A recent judgment of the Supreme Court said that the value of a woman’s work at home was no less than that of her office-going husband. The apex court’s observation came while disposing of an appeal against a Motor Accident Compensation Claim filed by the kin of a couple who died in an accident. The remarks have reignited an age-old debate on recognising housework done by women as a salaried profession.

Women activists have welcomed the verdict saying these remarks are pertinent. However, they attributed it to women's movement which had started in 70s and maintained the movement continues in every village and town. Women are fighting against patriarchy in their own way all over the country.

Interestingly, actor-turned-politician Kamal Haasan recently promised that “Homemakers will get their due recognition through payment for their work at home which hitherto has been unrecognised and unmonetised, thus raising the dignity of our womenfolk." Hassan is eying to contest the Assembly elections in Tamil Nadu this year.

Anju Grover for Indian Currents spoke to leading development feminist Kamla Bhasin to know her reaction on the Supreme Court’s remarks and why has the contribution of homemakers remained unrecognised and unmonetised so far.  Kamla Bhasin, who is a poet, author and social scientist, began focussing on gender, education, human development and the media in 1970. She is known for her work with Sangat - A feminist network and for her poem Kyunki main ladki hoon, mujhe padhna hai. In 1995, she recited a refurbished, feminist version of the popular poem Azadi (Freedom) in a conference. She is also the South Asia Coordinator of One Billion Rising.

Q: The Supreme Court recently said the value of a woman’s work at home was no less than that of her office-going husband. The top court also enhanced the compensation to relatives of a couple who died in a road accident. The SC order has brought the focus on household work and its economic value. Your views.
A: It is a welcome judgment. I hope we amplify it and let people know. The responsibility is on the society. Better late than never. Women activists have been saying it for decades.  We are delighted that what we say becomes policies after a gap of 10, 20 or 30 years. The SC remarks have made it amply clear that the money a man earns has to be transformed into food and bed. For doing so, women work for hours in kitchen and engage in houseold work. In some countries, the disparity between men and women has reduced, but it still exists in India. Women work five to six hours more than men do.
I am personally happy because I had initiated a campaign two years ago saying ‘ghar ka kaam hai sabka kaam’, as part of ‘one billion rising campaign’. I will write a song or slogan or poem on it now.

Q: Women’s movement started in late 70s and it was at its peak in 80s. Today, nobody talks about it.
A: That’s not true. I am putting things out every day. It is part of our campaign. Women’s movement is diverse. It is all over the place.  Women’s movement exists in every village as many women have been fighting patriarchy in so many ways across India. We have never abandoned it. The campaign is still on in eight countries where 1995 UNDP’s report on gender is quoted frequently. The report talks about unpaid women caregivers and the money earned by them.

Q: Justice Ramana made pertinent observations on the variety of work done by homemakers. He quoted a report of the National Statistical Office which suggested that, on an average, women spend nearly 299 minutes a day on unpaid domestic services as against 97 minutes by men. In Covid times, the gap further widened.
A: It is a matter of serious concern. What kind of boys or men do we raise? Men can’t take care of their own children. They literally look like people with disability. Violence against women increases when the burden of child care on women increases.
I had written a poem 42 years ago which UNICEF India had published five years later. Some of its lines are: “Tatta thaiya suno mere bhaiya… kaam kaaj seekho…yuhin mat cheekho, agar khatey ho khana toh,brother seekho usey pakanaa..agar phadte kapre, toh seekhon usko seena..bharna seekhon paani.agar tumhe hai peena…ghar ka kaam karey jo khud..bus uska hee jeenaa..tatta thaiya sun mere bhaiya”. These lines are much more relevant because we are more educated, developed and modern. Unfortunately, all care-related advertisements are about women except a few. The deadly combination of patriarchy, capitalism and consumerism is horrible.

Q: Most advertisements do not show progressive women…Do you agree?
A:  Media is caught up with cases of rapes, kidnapping, love jihid etc. Care giving is not considered as important as other works. Women too are caught up with issues like love jihad, gang-rape and girl’s marriage age should not be 18 etc. The only way to change the toxic masculinity of men is to involve them in house-hold work. The only way to make boys and men gentle is to involve them in child-caring.

Q: Several reports suggest that a lot of men started doing house-hold work in the pandemic.
A: It happened because earlier they probably did not get time. I am sure 10-20 % men must have done that. Equality is a far-fetched dream. It can become a reality only if it becomes a part of school curriculum.
The biggest hurdle for gender equality is unequal burden of unpaid work. Scandinavia has made substantial progress on the issue of gender equality as it started giving paternity leave 30 years ago. Unfortunately, men are becoming ATM machine for their families. Father is an ATM now. We need men who care for their toddlers and look after them like women do. Children never go to their father for sharing their secrets/problems. They are enslaved by patriarchy like women. Women are better human beings as they do not get involved in violent activities.

Q: Why are homemakers made to feel that the value of their work is nothing compared to their office going counter-parts?
A: Money is God and God is money. A man brings money to the house while woman only keeps children or in-laws alive. This is no work, according to men.

Q: In Bollywood too, gender gap is visible as men are paid more than women actors.
A: Tell me one place where gender gap is not there. Be it the U.S. Parliament or Indian Parliament, Hollywood or Bollywood or sports. Bollywood is worse. An actress does not get work after she crosses 30 while actors continue to get good roles at the age of 70. Bollywood perpetuates toxic masculinity and patriarchal values.

Q: Supreme Court recently said that women should not be part of the ongoing farmers' agitation.
A: Not just women farmers but we (women activists) felt offended. Are all protesting women old or disabled? The Constitution treats women as equal to men. When have women been recognised as farmers? Since women do not own land so they are not counted in farmers' category.
The contribution of women in care giving, agricultural fields and informal sector is not recognised which is an insult. The society has turned a blind eye. This is a typical patriarchal thing.

Q: What is your vision of women in this era?
A: Whatever progress has happened in the society with regard to women and their rights is essentially the result of women's movement in the country. Be it changes in labour laws or farmers’ protest. Every woman who fights against odds is a part of women's movement.