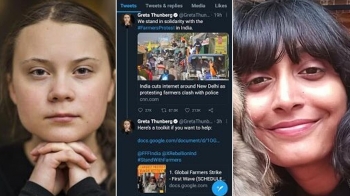 LAW AND THE SUBVERSION OF JUSTICE

In a recent flurry of speeches, PM Narendra Modi flagged the dominant issues agitating the country, and pronounced his Government’s position on these critical matters. Speaking at the Diamond Jubilee celebrations of the Gujarat High Court, the PM lauded the judiciary for safeguarding the rule of law and prioritising national interest and security.

The next day, in election rallies in Assam, he warned against an ‘international conspiracy” to discredit India. Then in Parliament, over two days, he justified the Farm Laws as essential reforms for propelling India into a dominant role in the new world order emerging out of the pandemic trauma. He also stressed the pivotal role of the private sector in the nation’s progress, a reiteration of the “mixed economy” of the Nehruvian era.

What was very conspicuous in the PM’s wide-ranging orations was the sheer vitriol directed against those he brands andolanjeevis, or professional agitators who, in his opinion, are spreading anarchy. Among other things, the PM’s anger stems from the inconvenient questions about inequality, crony capitalism and democratic freedoms being raised by the andolanjeevis.

Foremost in the PM’s mind is the issue of rule of law that he has artfully yoked to national interest and security. His government, with paramount control of institutional power and policy, has justified the Farm Laws, as it earlier defended the CAA, on the grounds that they have been passed by Parliament which represents the will of the people, and hence have ultimate constitutional sanction. It is now the law of the land which people should accept as law-abiding citizens. But then, if one extends this reasoning with no caveat, the

Jim Crow laws and the Nuremburg laws were also legitimate as they were passed by duly elected legislatures.

The absolute ideological discordance of views and clash of perspectives on what makes for the common good has brought to the fore the age-old dilemma of the citizen pincered by the obligation to obey the law and her democratic right to actively oppose a law that she perceives to be unjust. It is a no-brainer that justice has to be the overarching guiding principle in all human social exchange. As Sigmund Freud observed, “The first requirement of civilization is that of justice.”

All governments want an obedient, law-abiding, passive citizenry, and what they fear most is solidarity among their subjects. This time the rulers are up against farmers, who constitute over 60 percent of the population and have hitherto been the invisible men and women in a country that has routinely privileged urban elitist concerns. They have stepped forward to assert their rights as equal citizens and demand that their grievances be addressed, beginning with the repeal of the Farm Laws.Their protest of more than a hundred days of immense hardship, suffering and 250 plus deaths, has sent seismic tremors across the world.

The PM, with his penchant for investing new meanings to well-known acronyms invoked FDI, which he “Modified” to Foreign Destructive Ideology, as riposte to the tweets from international celebrities in support of the farmers. However, the grim irony is that the protesting farmers are the ones who are up in arms against the foreign enemy – the spectre of Foreign Direct Investment (FDI) that is at the heart of the farm laws.

The farmers believe that the laws are an open invitation to the vendors of the neoliberal market economy to set up shop in the Indian countryside. The emphasis of the neoliberal worldview is on free unfettered markets and minimal state intervention. The biggest fear of the farmers is that the laws, while possibly augmenting productivity and certainly bringing windfall profits for the Corporates, will decimate employment opportunities for the landless labourers who constitute the overwhelming majority in rural India, apart from leaving the small farmers at the mercy of the Corporate predators.

Our country already bears witness to the ravages wreaked by the libertarian neoliberal philosophy. It is estimated that Adani’s wealth in 2020 grew 750 percent and Ambani’s by 300 percent whereas unemployment in the country is at a 50-year high, with an estimated 12.2 crore Indians losing their jobs during the lockdown in April 2020 alone.

The Government has been viewing the protests most cynically as a law-and-order problem. The protesters are incarcerated behind barricades of nails, concrete and concertina wire. Using fear-mongering, propaganda and the long arm of the law, the government represents the protestors as anti-national Khalistanis who are bent on creating anarchy. The demonization of the protesters by the governing elite reminds one of an instance of gallows humour at the height of the anti-Vietnam war social upheavals in the 1960s, when a Harvard Law School student addressed a largely conservative audience of parents and colleagues thus: “The streets of our country are in turmoil. The universities are filled with students rebelling and rioting. Communists are seeking to destroy our country.... The Republic is in danger, danger from within and without. We need law and order! Without law and order our nation cannot survive.” His words were greeted with thunderous applause and when it died down, he unleashed his punch line: “These words were spoken in 1932 by Adolf Hitler.”

Rihanna, the Barbadian-born American singing sensation and 19-year-old Greta Thunberg, the climate activist, are household names in India today: not for their accomplishments but for allegedly waging war against our country. To set the record straight, amidst the paranoia and propaganda, their only crime is tweeting support for our fellow citizens, the protesting farmers. However, if the government spokespersons and the police are to be believed, Greta is enmeshed in an international conspiracy to destroy India through the sinister use of a social media “toolkit”, which is essentially a means of mobilising public opinion by harnessing social media in its many forms, including signing petitions, sharing impactful pictures and the like.

Marx and Che Guevara, wherever they are, must be blinking their eyes in wonder at the ease with which a 19-year-old could incite a potential revolution through a mere tweet!  A senior police officer ferreted out an international plot to wage “social, cultural and economic war against India”.In the parallel universe created by the government, the PM, no less, spoke of a conspiracy to defame yoga and Indian tea. The on-going black comedy has now metamorphosed into a chilling tragedy with the arrest of a 22-year-old girl from Bengaluru charged with providing the alleged inflammatory toolkit to Greta Thunberg.Whither our democracy and free speech?

The tweets of the international stars in support of our farmers have provoked an orchestrated xenophobic response from some of our desi stars. Sachin Tendulkar called on Indians to resist any threat to the nation’s sovereignty by external forces “who can be spectators but not participants”. He should be reminded of Article 19 of the Universal Declaration of Human Rights which entitles everyone the freedom to “receive and impart information and ideas through any media regardless of frontiers”. Moreover, support for protesters against the actions of their government cannot, by any reckoning, be seen as imperilling the sovereignty of a nation. Without going into the righteousness of his support of the government, one is tempted to ask why Sachin has not likewise inveighed against the bigots who have accused his friend and former teammate, Wassim Jaffer of communal bias after he quit as coach of Uttarakhand’s state team. In a social ecosystem bristling with animosity against the Muslim community, Sachin, instead of standing up for his teammate like a man, chose to duck whereas Anil Kumble showed courage and character by coming out in support of Jaffer.

In this turbulent time, when there is a definite disjunction between law and justice, and an unrestrained application of punitive laws such as the UAPA, the NSA and the Sedition law (124 A of IPC), the judiciary is the most crucial of the three wings of Government for protecting personal liberty and for guarding against what James Madison called “the encroaching spirit of power” and the tendency of the government of “extending the sphere of its activity and drawing all power into its impetuous vortex”.

To mention only the sins of omission, how  does one explain the inordinate and deliberate delay in taking up the petitions against the abrogation of Article 370, the CAA, the 10 percent reservation for the EWS in the general category, the anonymous electoral bonds that have allegedly rendered huge illicit benefits to the ruling party, et al?

Today, there is a despairing lack of faith in the judicial system, a sentiment that has been reinforced by the recent sneering dismissal of the judiciary by one of their own, the former Chief Justice of India and Rajya Sabha member.

Shrivelled by fears and helpless anger at watching what’s happening in the country, one feels in one’s bones the sense of loss and disillusionment expressed in Gerontion’s cry of resignation: “After such knowledge what forgiveness?”

(The writer is a retired civil servant)