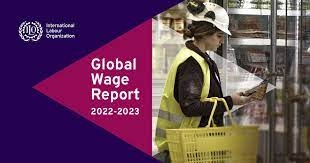 Workers and Covid: Job Guarantee As Good As Dead

As if two years were not enough, Covid-19 is striking again in full steam, albeit in a different avatar. China, Japan, France, Brazil and the US have witnessed a sudden increase in the Covid-19 cases during the last one month. The situation in China has reached alarming levels. China’s health officials reveal that around 250 million people got infected over the first 20 days of December. Another report suggests that over 37 million people got infected in a single day! Of course, the official data is comparatively very low.

Covid-19 was first detected in China around the same time two years ago. It didn’t take much time to become a global pandemic. A slight memory of those days sends shivers down one’s spine. Millions of people lost their jobs overnight. Tens of thousands lost their lives struggling to get a bed or oxygen or life-saving drugs. Several thousands were seen walking on the streets barefoot just to be among their loved ones. They had no food and water on the way.

At a time when we all are sitting on another ticking bomb, which may explode anytime in the coming few weeks, the global wage report shared by the International Labour Organisation has painted a grim picture of the employment and wage rates.

The severe inflationary crisis coupled with the global economic slowdown has reduced the real monthly wages, affecting the purchasing power of the people from the low-income backgrounds. India is not aloof from such a trend. The wages have reduced considerably as compared to the pre-pandemic levels.

Clearly, a person, who would have lost his/her job during the lockdown and has been sitting idle for months together, will accept a job offer, even if it comes with a much lower income bracket. As they say, something is better than nothing. So has been the case of those who were working as casual or daily wage workers. After all, what is more important is to meet the basic needs of the family.

To add to the woes of the middle class and the low-income families, inflation has been on the rise, crippling the purchasing power of the common man. In fact, in some countries, the real-time wages are lower than that in 2008. The report says that the gap between productivity and wage rate is widening, with higher productivity at low wages.

Not only this, there has been considerable growth in the informal sector, leading to increased vulnerabilities, job insecurity and reducing the bargaining power of the workers. The report says that globally real-time wages have reduced by 0.9 percent in the first half of 2022. With respect to G20 countries, the real-time wages fell by 2.2 percent during this period. Amongst the emerging G20 countries, China has shown an increase of 2.6 times in real-time wages as compared to the year 2008.

The report estimates a global economic growth at 3 percent in the upcoming financial year. This certainly shows that the economic crisis is expected to stay for a longer time than expected. India remains the fastest growing economy. However, the threat of another wave of Covid-19 is looming large, which might affect its growth prospects. Consequently, the income inequality may further increase in case the country is forced to shut down its operations in case it is faced with a situation similar to China.

To put it in simple words, reduced purchasing power, high cost of living and inflation shall only increase the income inequality and poverty in the world, with the top five percent exploiting the resources to their benefit. During the pandemic, we have seen how certain people were able to acquire disproportionate wealth, while the poor became poorer, struggling even to meet their basic needs.

The Indian labour market is in a sad state of affairs. Apart from low wage rates prevailing in urban and semi-urban areas, even the rural employment scheme MNREGA has come under severe criticism for a major lapse. The recent debate in Parliament on the government’s flagship scheme, catering to millions of people in rural regions, has laid bare its stark reality. A report by a non-profit organisation LibTech India found that a wage bill amounting to Rs. 2744 crore has not been paid to the workers for the last one year!

The delay in payments has resulted in a drop in the number of households working under the scheme, as compared to the pre-pandemic level. It is not new to see wage delays in MNREGA. Unfortunately, this is one of the schemes which supported millions of households during the pandemic when they had no source of income. In such a scenario, in case the country once again comes under the grip of Covid-19, what will happen to people, who are highly dependent on schemes like MNREGA.

Earlier this year, the state governments were not given adequate funds for the scheme on account of procedural delays and overhauling of the public financial management system. One can easily imagine how sensitive we as a country are towards the needs of those falling in the low-income brackets. In other words, the crisis in India is much more complex and needs deep introspection, reflection and corrective measures.

There are around 354 million women falling in the age-group of the working class. Of this, only 128 million are from the urban regions. Only 20 percent are actually working, of which 83 percent are from low-income families. Historically, women are paid less, compared to men for the same job with the same skill set.

The ILO report has given a few recommendations to bridge these gaps and to reduce income inequality. It is important to strengthen legal provisions affecting the labour market ensuring fair distribution of income and wages while creating jobs in the formal sector.

In the Indian context, there are several legislations that govern the labour market including the factories Act, the equal remuneration Act, the payment of wages Act, etc., yet the problem of low wage rates, unequal wages, unsafe and toxic environment persist. Not only this, every state government notifies the wage rates at least twice a year. Except for a few states, the wage rates are exceptionally low. Not only this, they are hardly implemented. Smart accountants and factory owners easily find a way out to evade such laws.

Many a time, it has been found that such factory owners are adept in maintaining records and getting signatures of the workers on documents to prove compliance with law. In reality, the workers are hardly paid wages at the same rate as mentioned in these records.

It is important to have a relook at these legal provisions, labour market regulations, wage rates, implementation gaps and make efforts to plug these loopholes. Only then, we can think of a just and an equitable world for everyone. After all, this is what our Constitution provides for. The government must act and ensure that these constitutional provisions are upheld in both letter and spirit.