Entry for Rich, Exit for Poor 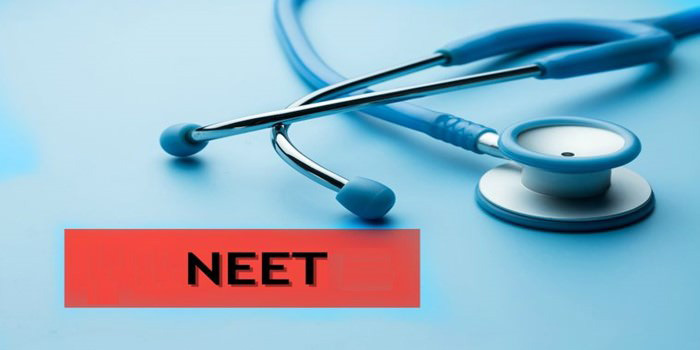 IF you were to fashion a national eligibility test for medical students, what would you think of?  You would want the very best brains in India to pass it. You would look at innate knowledge. You would look for passion and fire in the belly. You would look at healthy attitudes and a sense of ethical values. You will look at how diversity can come in the selection process.

You would certainly not design it to cater to the rich.

Now, try and digest this:  98.4 percent candidates had gone to expensive coaching centres to clear the NEET for getting admission to MBBS courses in government colleges in Tamil Nadu.  Only 1.6 percent of those who succeeded in getting had not attended coaching classes.

As far as private medical colleges in Tamil Nadu were concerned, as many as 96.99 percent had attended coaching classes while those who could not afford to attend them were just 3.2 who still managed to clear the national level competitive exam.

In the government college at Dharmapuri, 100 percent had taken the help of coaching classes to clear the test. It was the same story elsewhere in Thoothukudi, Coimbatore, Tiruvanamalai, Tiruvarur and Chengalpattu. This shocking figures should surprise all of us.

In spite of attending coaching classes, 80 percent had had to make multiple attempts to clear NEET.

Out of 3,081 MBBS candidates who got admission to 23 government colleges in Tamil Nadu, only 48 had not attended a coaching centre.

Out of 1,650 students who made it to the MBBS course in private colleges, only 52 had not attended coaching classes.

So, think about it. Is NEET designed to cater to the rich? Clearly, the poor cannot afford any of the vulgarly expensive coaching centres all over Tamil Nadu. And, so lose out on a great opportunity. This is the ugly reality. The coaching shops are beyond their reach.

But, this is not a story about Tamil Nadu. It is about India.

The figures for Tamil Nadu are available only because the Madras High Court asked the government to furnish it to them. So, while these shocking statistics pertain to  Tamil Nadu, it is indicative of what is happening in every state where lakhs of students are jockeying to get into a medical college and are forced to spend huge sums of money on coaching centres. The irony is that 80 percent of those who attended coaching, had to make multiple attempts to clear NEET!

That should worry all of us. Think of the intrinsic quality of students who would have learned by rote for many months just to pass the test without having any real passion for the medical profession. So if they have blown so much of money on just the coaching, what kind of ethics would they have imbibed about the system of education and the system of governance that is okay with it?

The Madras High Court was incisive in its interim order. It said, “It means medical education is not available to the poor people and it is available only to those who underwent coaching classes by spending lakhs and lakhs of rupees. Moreover, this will also put the rural students at a disadvantageous position as they lack facilities of underground coaching. It should be taken note of by the central government which brought the rules and regulations or amendment for conducting NEET.”

Justice Kirubakaran said that these statistics proved that the doors of medical colleges were not open for the poor and that there has to be a level playing field.

He said that as the Centre was reversing all decisions taken by the previous government, this also could be reversed. “The object of NEET was to prevent private colleges from making money, but now coaching centres are making money,” he said.

Dr. K. Kamraj, a former AIADMK MP from Kallakurichi in Tamil Nadu who is a medical practitioner, said in 2018 that NEET was only helping the rich students while it was depriving poor students. In a dissent note on the 109th report of the Standing Committee on Health and Family Welfare on the National Medical Commission Bill, 2017, he said that the NEET was unconstitutional and impinged on the federal rights of states.

Kamraj said that NEET was helping the privileged class as they had access to good urban schools and it was against the interest of rural students and also those from poor socio-economic backgrounds at they would not be able to afford private coaching centres and high priced urban and private schools. “Poor students who are bright are denied the opportunity to study medicine,” he said.

“It is shocking that only negligible candidates have got admission without undergoing coaching,” the court said.

TN says no to NEET

It was not surprising that the Tamil Nadu Assembly passed a Bill for medical admissions among other disciplines based on the Class 12 marks. In fact, the DMK had in its election manifesto promised to bring in a law to abolish NEET if it came to power. Most of the opposition parties supported it. However, it has to get the President’s assent.
Interestingly, nearly ten years ago, states like Maharashtra, Gujarat and Andhra Pradesh had opposed NEET which had come into effect in 2010.

Parents put their children into private coaching centres as early as the eighth standard so that by the time they complete the 12th standard, they could dive into the NEET. They go through punishing schedules hoping to realise their parents’ dream of making it to some engineering or medical college. The costs are prohibitive and could be around Rs. 4 lakh. It differs from state to state and institute to institute. For lakhs of students, the coaching centres are away from their home state and so they have to cough up lodging and boarding charges too.

Check out how many coaching centres are there in Kota, Rajasthan. It will give you a grim picture of the coaching factories that are at work where students with punishing schedules just keep learning by rote. Their intellect does not grow as the focus is on cracking the competitive exam. This, after they spend so much while sacrificing some of the best years of their lives. The whole system is so flawed.

After a case of impersonation in NEET was detected in Tamil Nadu, the court said that it might have to order a CBI inquiry into all the 38,000 MBBS seats filled in India this year. If that happens, it is definitely going to open a can of worms exposing the flawed education system and examination system that so many of us are a victim to.