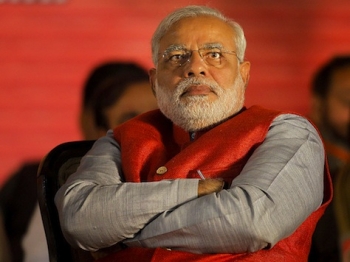 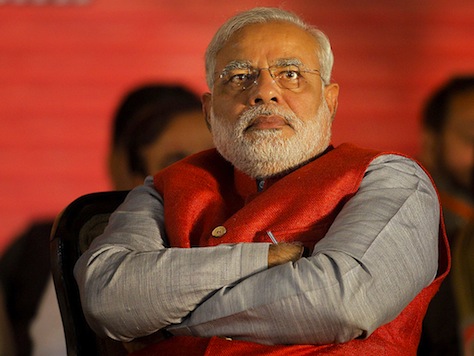 As indications are, I believe it is a national demand to know if Narendra Damodardas Modi, Indian Prime Minister, is truly a man with a 56 inch chest.  Many don’t seem to believe that he has one, though he has boasted of having one inside his ten lakh worth overcoat!
The reason for people’s doubt is because seasoned critics seem to argue that India’s life is hanging on a cliff with the COVID – 19 riding roughshod over people’s lives. Hence, his leadership and his handling the situation are under severe scrutiny.  It had already been concerning Modi’s  Majority community’s  steamrolling over the minorities in India.

Has Mr. Modi realized that the life of the nation depends on the vibrancy of the life of every citizen? If he has, then he ought to answer a very serious question. Is it not every citizen’s right to life a very human, fundamental and non-negotiable one? If it is constitutionally guaranteed, then Modi, as the Prime Minister of this nation, has the bounden duty to make sure that this guarantee works.

The way so many people in this Covid season have raised many an eye brow is an indication that all is not well in Modi raj.  Could not have the government in power acted on time to reach out to the citizens before becoming a tin drumming universal messiah by distributing essential medicine to the world over? Should our right to life be taken so lightly as we are called to gather in lakhs at Kumbh Mela or at election rallies to swell the sagging image of our political fraternity?

The way dead bodies are coming out of hospitals is mindboggling. Doctors are exasperated and devastated. Many among the medical team have died. Nurses too! And, common people in greater numbers! The government’s frugal list of the dead is contested by news agencies on the spot. The viral media calls the government action ‘cover up’ tactic.

When a human being dies, it is natural that, after death, a person is accorded the best possible last ritual for the peace of the diseased and for the peace of his/her near and dear bereaved ones. Now, coming to Prime Minister Modi, we wish him a long and fulfilling life even to the last leg of the twilight years. We all wish him a Covid-free life. However, if and when he passes away,   he will deserve to be mantled with the national flag and sent off with gun salutes.  That is fair enough for the bargain he has as the Prime Minister of India.

That means, he will not have the ill fate of having his dead body float about in Ganges waters or buried beside an unclaimed Covid victim on a sandy stretch.

As regards the last rites of the dead, the scenario is unbelievable. The world is watching the happenings in India with consternation and disbelief. Crematoriums and burial grounds have announced: ‘Sorry, Houseful.’ Numberless dead bodies are floating in the Holy Ganges. Innumerable bodies are daily buried in sand, some half-buried or abandoned to fate and for dogs to feast on. Ravens and vultures are roaring their signature tune while hovering over crematoriums and sandy stretches.   The poor have no resources. So, the only option they have is Ganga Mata’s waters or sandy stretches. With the onrush of the monsoon, when our Ganga Mata swells up and overflows, her waters will expose the rotten bodies and cause disease and further calamity.

Don’t the dead have the right for a decent send-off ritual and an honourable burial? Your temples and ritual centres are closed. You have silenced your gods by letting them sleep in peace without contamination, as it were.  Church bells and temple gongs have been stilled so as not to disturb your divinities. Neither do you, our political heads, want to hear the weeping and wailing of the bereaved. The agonising cries of children, whose parents are snatched away by Covid and thrown in to the Ganges to float about without destination, are the resounding bells of despair and desperation!

Will anyone want our Prime Minister Modi to undergo the same fate of a vagabond body package floating beside the compatriot body bags? No, by any means! By the same argument, I wish here to advocate the right of every citizen to have proper medical care without fail at state expense during this Covid season. And to be honoured with a decent burial, the least the dead can expect!

We have PMNRF and PMCF. PMNRF is Prime Minister’s National Relief Fund. PMCF is Prime Minister Cares Fund. The former was established in 1948 by our first Prime Minister Jawaharlal Nehru. The latter is the brain child of the present Prime Minister Narendra Modi, established in March 2020. After supplying Hydroxychloroquine, Remdesivir and COVID-19 vaccines to the rest of the world for the past one year, the government apparently declared its coffers empty to reach out to our needy patients. Thereby hangs the tale of the PM’s sending out requests for assistance from other nations. As far as PM Cares fund is concerned, there is no right to access under the RTI.

On the other hand, cash-strapped NOGs and Voluntary organizations have been knocking at Home Ministry’s door for past several months to relax or waive at least temporarily foreign funding rules. ‘India’s decades-old law governing foreign donations is choking off foreign aid just when the country needs it desperately’ (Deccan Herald). Strange priorities of the National leadership!

National and international observers and analysts have pointed that this largest democracy in the world has been slipping down the progress ladder drastically under the present ruling dispensation. According to UN-Sustainable Development Report, India’s position at World Happiness Index stood at 139 out of 156 in 2020. It is not a feather in the cap of the 56 inch chest owner. In Human Development Index it was 131 out of 189 nations in 2019. Our Social Progress Index shows its position at 117 out of 128 nations in 2020.
When it comes to Healthcare Access and Quality (HAQ) index in 2016, India was ranked 145th among 195 countries. Now, in the Covid pandemic scenario, one wonders if it has not plummeted still further down.

According to NH Web Desk, Published: 12 Sep 2020, “Indian economy stands devastated with lowest GDP and no signs of recovery. Not only the economy but the country has slipped ranks drastically in more than a dozen global indices in just one year.”

We wish to see a capable leader who can lead this nation towards progress at all levels, including communal harmony.  We want a leader who can take the nation beyond lynching mobs, religious terrorists, sectarian politics, plummeting economy and social disharmony.And, Modi’s plummeting leadership needs to be taken as the writing on the wall.

Nor do we want to see the Prime Minister of India presiding over Covid deaths or over a nation threatening to turn into a vast stretch of dead bodies unclaimed and floating about in canals and rivers or abandoned on sandy expanse. So, if he listens to voices of sanity which are wishing for a change in leadership, he should, in all humility, step down to pave the way for a more capable leadership to take over the reins and to save the nation. That is where we shall see Modi the man, with his 56 inch chest, proving to the citizens of India and before the comity of the world nations that it is the nation that matters, not an individual, however low or high he or she is. Indira Gandhi, that ‘mighty empress’ learnt it the hard way when an honest and fearless judge unseated her.

The courts may not find it now appropriate to call for a change in leadership. But, it is for our broad-chested captain to interpret and respond to the signals and save the ship before it sinks with him. That is where we want to see Narendra Damodardas Modi as a brave citizen of the nation and an honourable son of Mother India!