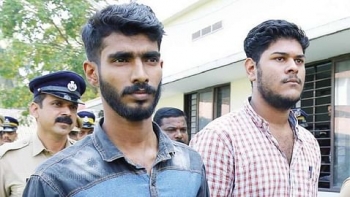 A Blow to Liberty

Following his resignation from the Atal Behari Vajpayee’s Ministry on August 1, 1998, Ram Jethmalani, in his statement in the Rajya Sabha, said: “To say that making or keeping copies of one’s own correspondence is theft will shock the dumbest law student.

Even a cursory reading of the January 4 judgment of a Division Bench of the Kerala High Court comprising Justices A. Hariprasad and K. Haripal setting aside the bail granted to journalism student Thwaha Fasal by the Kochi NIA Court in the Unlawful Activities Prevention Act (UAPA) case “will shock the dumbest law student.”

While the bail order of the NIA court judge Anil K. Bhaskar is based on close examination of the prosecution submissions, rational arguments and legal precedents, the High Court order seems to be based on misplaced nationalist sentiments.

In fact, every court in the country exists to be on the side of the common man who needs constant protection against executive insolence, corruption and incompetence. However, the Kerala High Court order in the UAPA case apparently suffers from legal infirmities. Commenting on the order, Gautam Bhatia, a leading legal critic, wrote: “You are guilty if there is evidence against you. You are also guilty if there is no evidence against you, because that only shows how good you are at operating surreptitiously. The state always wins.”
Italian philosopher Giorgio Agamben, years ago, wrote: “The voluntary creation of a permanent state of emergency has become one of the essential practices of contemporary states, including the so-called democratic ones -- radically erasing the legal status of the individual thus producing a legally unnamable and unclassifiable being. Neither prisoners, nor accused, but simply detainees, they are objects of a pure de facto rule.”

In the name of national security, extraordinary draconian laws meant to deal with extraordinary situations have become part of the new normal. While TADA and POTA have disappeared, the UAPA 1967 (every Indian should remember that the law has been on our statute books for more than  half a century and we did nothing to repeal it) was revived with lethal amendments and has been for more than 12 years now an oppressive feature of the governments, both at the Centre and the States, irrespective of the party in power.
People have only the courts for protection from the oppressive over-reach of state power and the Indian courts have been by and large protective of individual liberty. It is under these circumstances that one finds the latest Kerala High Court ruling in the UAPA bail case very alarming.

Two students, Allan Shuaib and Thwaha Fasal, were arrested by the Kerala police in November 2019 under the UAPA alleging that they were supporting proscribed Maoist groups, which have been declared as terrorist organizations. Later, the NIA took over the case.
Granting bail to the two students on September 9, 2020, a special NIA court in Kochi said the mere possession of Maoist literature, presence in anti-government protests or strong political beliefs do not make a person complicit in terrorist activity.

In his bail order, NIA Judge Anil K. Bhasker said: “Considering the facts and circumstances of this case, balancing  the aggravating and mitigating circumstances, and taking care of the competing rival interests, I find the judicial discretion available with this court, is to be exercised in granting bail to both petitioners.”

The NIA court found that most of the documents seized from the homes of the two students were freely available in the public domain. The court observed that none of the documents pertain to any violent terrorist activity by the two arrested students.

“The documents prima facie do not indicate any attempt to excite the people to violently protest against the government.’’ the order pointed out. “Right to protest is a constitutionally guaranteed right …. a protest against policies and decisions of the government, even if it is for a wrong cause cannot be termed as sedition or an intentional act to support cession or secession,” the judge added.

The “objectionable writings” produced as evidence against the accused students were not banned and did not prove “any attempt to create any hatred or contempt to the government of India nor does it excite any disaffection,” the order said.

Setting aside the excellently reasoned order of the NIA court, the two honorable High Court judges instead of complimenting him has issued a warning in the concluding paragraph of their order: “We would also like to remind the learned judge that the impugned order has been prepared as if it is a court of record which was unnecessary. Similarly, the learned Judge, while quoting some judgments of the Apex Court, has stated the names of the Hon’ble Judges who authored the judgments which is unwholesome.”

Do our Lordships realize that “unwholesome” means damaging for your life, either physically, morally or emotionally. The oppressed and marginalized people of India will find the NIA Judge Bhaskar’s order quite wholesome.