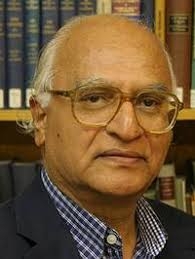 A New Look at Inter-religious Dialogue

The quest for secularism and secular identity in India has a long history. It is moral and Constitutional. The debates and discussions on secularism have evolved into a desire for democratic coexistence and democratic affirmation of different political, social and religious identities. A main dimension that appeared along with the secular quest for democratic coexistence is inter-religious/faith dialogues. It presupposes Religious Plurality. It also affirms that Religious Pluralism endorsed by the quest for the secular is not mere toleration. Instead, it endorses an all-embracing, creative dialogue.

The following conversation with Prof. Francis D’Sa, former Director, Centre for Study of Religion, JDV, Pune, India, by Dr. Pius V Thomas on the Secular, Inter-religious Dialogue in the context of Indian secularism debate, strikes newer dimensions of the debate that we are to explore in the contemporary scenario of the search for a dialogical democracy.

Pius Thomas: In the post-1992 debate and discourse on secularism, two prominent/broad theoretical perspectives can be characterized either by their rejection of secularism for an alternative to it or by a stance that advocates an alternative conception of secularism to strengthen it and to constructively reinforce it. How, as a philosopher of religion and theologian, would you like to assess such a still unfinished debate and the views evolved out of them?

D'Sa: The debate that has been going on for some time around the theme of ‘secularism’ is symptomatic of our times and our traditions. We have entered an age where our thinking on the subject of the ‘secular’ is discovering its ‘ism’. That is to say, some of us are discovering the black holes and the loopholes inherent in our approach to the secular on the one hand and the new vision and values that are relevant for our multi-cultural and multi-religious society on the other.

The foundational experience of every human being is, what Heidegger called, being-in the world. Being-in-the-world is not a spatial but a symbolic category. Not spatial because in this experience it is not so much space that is at the centre of the experience but the consciousness of being related to the world. It is ‘symbolic’ because our foundational experience cannot be reduced to concepts; all our efforts to express it fall far short of the experience and show that there is always a surplus of meaning that still remains to be explored. ‘Symbolic’ is employed here in the sense of ‘the smile is symbolic of joy’. Joy is symbolized in the smile; the smile is the best ex

Now I am suggesting that our experience of the secular derives from our experience of being-in-the-world.  World hood constitutes the core of this experience. Human consciousness is not pure consciousness (at least in statu viae); it is always consciousness of [the-world]. Clearly our consciousness is in-and-of-the-world; without the world there is no consciousness. When therefore we reflect on the nature of the ‘secular’ we have to fall back on this experience that is foundational for any and every person. It is from here that we have to work out our understanding of the secular. The ‘secular’ is primarily the world-dimension (=the objectifiable dimension) of our foundational experience of reality. The ‘secular’ includes all the aspects that go to make up the ‘objectifiable’ dimension of reality; that means all that is directly or indirectly perceptible and quantifiable. The various areas that are connected with the world of perception constitute the ‘secular’. Secular then refers to everything that is world, everything that is the basis of our communication, everything that we have in common (the earth, the air, the seas, the sun, the heavens, etc.). This is the first and foremost meaning of ‘secular’.

Pius Thomas: How would you map the trajectory of the inter-religious and inter-cultural dialogue in India from a Christian point of view. According to you, how effective it is in bridging the gulf between different religions?

D’Sa: Today the most important task of the Christian Community in India (if not in the world) is to promote a dialogue of cultures and religions. Everywhere we see religion somehow connected with wars and violence. The concluding decade of the last millennium has removed all doubts about the role of religious communities (not necessarily of religions) in ethnic cleansing enterprises and in deepening of divisions. We find ourselves beyond any trace of doubt in the Kali Yuga. What pretends to be religion is in fact something diabolical. It is the faith-traditions themselves who have to commit themselves to operation clean religion, that is, if they wish to restore the credibility of their traditions.

The Catholic Church in one of its rare but great initiatives suggested a truly impressive pedagogy at four levels:

a) There is first the dialogue of life where all people live together and work to promote trust and confidence in each other.
b) Then there is the dialogue of action where persons and communities join hands to solve problems common to them all.
c) The dialogue of experts is the third kind. Experts study religions other than their own; they then help clarify misunderstandings and false accusations and promote a more accurate view of and approach to these traditions.
d) Finally, we have the dialogue of spiritual exchange where when people have learnt to trust one another they begin to share their religious experience[s] with others.

Pius Thomas: A cross-cultural, inter-religious hermeneutics and a theology of dialogue seems to be the constructive critique on the part of religion/Christianity/the Church/Catholic theologians that can be made against the existing democracy, secularism, multi-religiosity, communalism, fundamentalism and the civil society in India. How far thinkers have progressed in making such a theoretic-praxeological framework? And according to you, which are the theoretical sources you have in your mind to realize such a framework?

D'Sa: Happily, Christians are gradually becoming aware not only of the phenomenon of pluralism but also of its implications for the re-interpretations of their beliefs. It is up to the other traditions to respond to the phenomenon of pluralism not by simplistically stating that “all religions are the same” but by responding to it from its specific experience of ‘God, World and Man’. Some Christians are slowly but surely recognizing the interconnection of all reality (a very Vedic idea). Persons are understood as inter-persons, religion as inter-religion and culture as inter-culture. In the light of this interconnection and inter-relatedness Christian theologians are rediscovering the ‘catholic’ (i.e. kath ‘holos, universal) character of all beliefs. Any authentic belief is relevant for all. Here Raimon Panikar’s approach of myth, faith and hermeneutics in the study and interpretation of religions and cultures is indispensable.

The two models helpful in cross-cultural work are the rainbow and the human organism. In the former we have one colour flowing into the other so that we have unity (not uniformity) in diversity. No colour exists independently but each has its specificity because of its unity with the other colours. In the latter model we have a multiplicity of systems within systems all working for the welfare of the one body which is at the service of the one person. Such is the goal of cross-cultural dialogue: unity is diversity. But it is in the sweat of our brow that we have to discover both the strength of unity and the richness of diversity.

(Prof. Francis D’Sa S. J., a renowned academic and thinker, expert in traditional Hermeneutics, has been one of the pioneers in interpreting and promoting Panikkar’s Intercultural Hermeneutics. He was visiting Faculty of many Universities in India and abroad.)