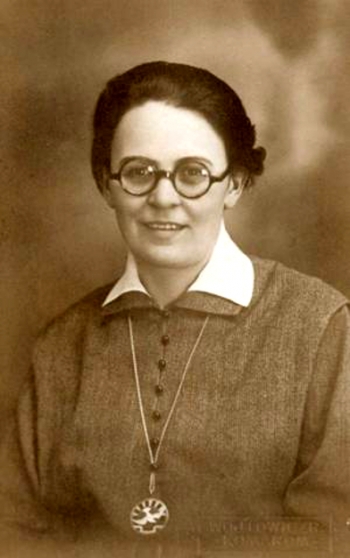 A nun with a difference 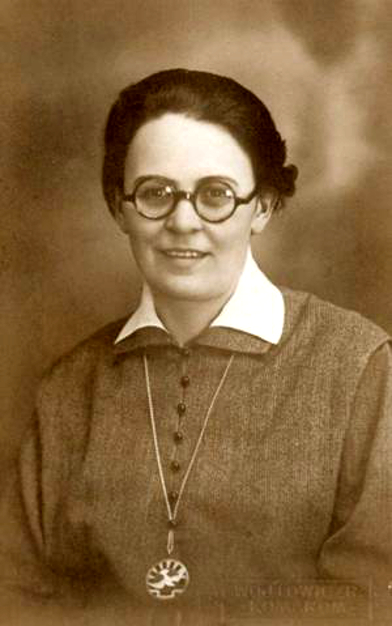 Sara Salkahazi was born to the affluent German origin Leopold and Klotild in Kassa, Hungary (now Kosice, Slovakia) on May 11, 1899. After teaching the children for a year, she worked in a millinery shop to acquaint poor people’s problems. Flirting with atheism, she became a chain-smoker. Becoming then a journalist, she edited the official paper of the National Christian Socialist Party of Slovakia.

Breaking off her marriage engagement, 30 years old Sara went to join the Sisters of Social Service. The reluctant nuns finally admitted her in 1929.  After her first vows, Sara was assigned at the Catholic Charities Office in Kosice. Besides supervising charity works, she managed a religious bookstore, published the Catholic women’s periodical and even cooked for the inmates.

Misunderstanding Sara’s enthusiasm, her superiors refused the renewal of her vows or wearing the religious habit on the following year. Hurt deeply, Sara considered leaving. Yet she decided to remain faithful to Jesus who called her. After a year they allowed her to renew and in 1940 she professed her final vows. “Here I am; send me,” (Isaiah 6:8) became her motto.

The Catholic Bishops’ Conference of Slovakia requested Sister Sara to organize the various Catholic women’s groups into a National Catholic Women’s Association. As the national director of the Catholic Working Girls’ Movement, she had under her nearly 10,000 members in 230 local groups in 15 dioceses nationwide. She built the first Hungarian college for working women near Lake Balaton. Under dangerous circumstances, she began to shelter Jews hunted by the Hungarian Nazi Party, offering them food, cheer and training courses.

The Hungarian pro-Nazi Arrow Cross Party finally arrested her and lined up the 45 years old Sr. Sara on Dec 27, 1944, along with another six on the bank of the Danube River. Stripping them naked, the Nazis shot them dead and tossed their bodies into the freezing River.

She became the first martyr of that Religious Congregation founded in 1923. Though her Congregation had saved nearly 1000 Jews, no other sister was harmed. Remembering her martyrdom and saving hundreds of the persecuted Jews, every year on that night her Sisters, accompanied by many devotees and Jews, take a candle march on that spot.

Pope Benedict XVI beatified Sister Sara on September 17, 2006.  At the Mass, Jewish Rabbi Josef Schweitzer recounted, “I know from personal experience how dangerous and heroic it was in those times to help Jews and save them from death. Originating in her faith, she kept the commandment of love until death.”

The national director of the Anti-Defamation League, Abraham H. Foxman commented, “It is unfortunate that there are not many individuals like Sister Sara. But her example must be held up to demonstrate how lives can be saved when good people take action to confront evil.”