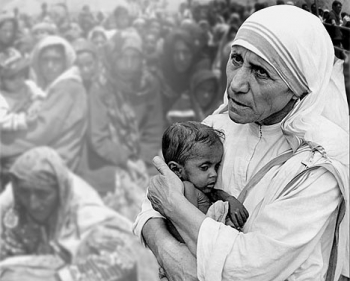 One of my edifying evangelising experiences occurred in a conversation with a Hindu during a train journey. The irony was that it was not I who evangelised him, but he did baptise me with a fresh and concise understanding of what Christianity is all about!

Being a person who reads the Bible several times as well as searching for the core of Christianity for some time, he humbly claimed that he could summarise Christianity in four Biblical verses. I was so intrigued to listen to him further. The mission of Christ, he explained, was to deliver people from physical, mental, social and spiritual bondages, and you can find it in Luke chapter 4 verses 16 to 20. The reason for Jesus to set on such a mission was that, “God so loved the world that he sent his only son, that whoever believes in him shall not perish but have eternal life.” This verse can be found in John 3, 16.

Continuing his enthusiastic evangelising act on me he said: “Although the crucifixion of Jesus was the climax of salvation, we experience liberation by leading a life which Jesus showed. The third verse I want to tell you is a summary of many ideas stretched in the three chapters of Mathew from 5 to 7 which is popularly known as the Sermon on the Mount. The summary of it can be found in Mathew 7, 12 ‘So in everything, do to others what you would have them do to you.’” “That is a wonderful presentation,” I thought in mind, and became more curious about the fourth bible reference. And you will be judged, he said, on the basis of your actions which are good and just, whose reference you will get in Mathew 25. I was spellbound at his Christian experience and convictions. Indeed, there could be no better way of explaining Christianity so precisely and briefly than these four verses.

While Christianity is all about a liberating relationship with God and brethren, it has the misfortune of being labelled as a religion that colonises, oppresses, and converts people disrespecting their culture. The Church has consistently been criticised for its wealth, institutions, and structures turning it a victim of jealousy. People have painted Christianity with their desired colours in order to serve their vested interests.

The fundamental tenet of Christianity is reconciliation. Reconciliation brings about liberation, freedom from all captivities, leading to an inclusive society in which everyone is free and equal. The Church should be concerned about inspiring every Christian to achieve this end.

It is the same motive that made Jesus to be born as a man that motivates every Christian to be an active Christian. A Christian cannot hate this world, and its people. Instead s/he should feel mercy and kindness towards people who are oppressed, exploited, less privileged and marginalised. This moved Mother Teresa to travel to this distant land and culture. Nothing else is what motivated Fr Stan Swamy to leave his homeland in search of people who were oppressed for decades.

A reductionist approach to Christianity has been growing in the recent decades. Many consider Christianity as a purely spiritual path, and want to detach it from all socio-economic and political-cultural dimensions of human life. Another section of people perceives it as a ritual community giving emphasis to the sacramental and celebrative practices.

A significant number of people hail the Church for its services in health and education sectors, giving it a great institutional face. The expanse of these institutional structures makes them call the Church a capitalist institution. The Church establishes Institutions not to increase its wealth and affluence, but primarily to serve people in their wholistic wellbeing, education and health being two fundamental aspects of it. It does not want to be capitalist, instead devalues all its evil intensions such as greedy profiteering. On the contrary, the

A number of Christians including lay people, nuns and priests work for the emancipation of the oppressed classes. They consider many aspects of human life which needs redemptive intervention ranging from injustice, inequality, oppression of people as well as neglect, misuse, and exploitation of natural resources. They think that a Biblical and Christian approach to these aspects will free people from their slavery.

Ever since its inception the Church has developed foundations of social justice in theory and praxis. However, as human life has been tremendously transformed due to industrialisation and urbanisation in the last centuries, Church has issued a number of teachings on social justice. The recent Popes have emphatically said that the “option for the poor” is not simply an option but it is “primarily a theological category” (Evangeli Gaudium 198) and an “ethical imperative” (Laudato Si 158).

The renewal and revival of faith brought by the Second Vatican Council in the Catholic Church has inspired some people in the particularly oppressive countries such as Brazil, Peru and Bolivia to bring down faith as a social liberating force. Theologians such as Johan Metz, Karl Rahner and Leonardo Boff have given significant contributions to develop a theology of liberation. This approach, just because it addressed the poor and injustice done to them, was displeasing to those who consider Christianity as an institutional social enterprise. Hence there were attempts to question its subtle intentions.

Charity as well as distribution of resources characterises the basic nature of Christians as evidenced by the Bible and the history. This perspective has caused some people to downgrade Christianity to a mere Marxist economic theory or a socialist ideology. Church advocates the dignity and value of the individual over a commune or social group. The collective nature of socialism violates an individual’s freedom to decide matters that lie within that person’s competence and reason. The Church resists a socialist state neither it wants to be a socialist infrastructure. It shares the resources and encourages people to share in order to create a more just and inclusive society, based on the inherent value of the individual.

The Christian anthropology places value of the individual above all, just because humans are created in the image and likeness of God as well as Jesus is the human face of God. Liberation of humans from their wretched situations was the central theme of Salvation History initiated by God, and the Church continues that mission. Hence the human emancipation, be it spiritual, economic, social or cultural, is the primary mission of the Church. This Liberation is absolutely related to maintaining a social order which was disrupted by human weaknesses and vulnerabilities.

The revival of this social order is possible only when the least ones of the society gets a voice, strength to stand on his feet, and experience his/her own worth. This is possible through social justice based on common good. Every Christian, especially the missionaries, is committed to create this inclusive society even risking their life. The missionaries like Fr Stan who stood for social justice have sacrificed their life at the altar of institutional arrogance and legal negligence. They are proving that “there is no greater love than one sheds his/her life for the neighbour,” a moto lived by Jesus.

As Christians tread the path of reconciliation and peace for their spiritual perfection, they are also contributing to the nation-building through various ministries. Every Christian who is true to their calling cannot do anything contrary to the interest of people, the Church and the nation. Any reductionist representation of the Church and its missionaries can only be seen as an organised attack on the Church and a deep hostility to its benevolent services.