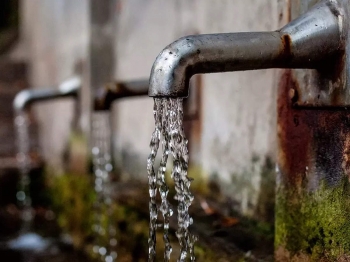 Would it be right to say that the importance of certain amenities in life is lost on the people until one fine day these comforts turn into liabilities and the government steps into introduce austerity measures to restrict their use!
Supply of water and electricity has always featured as public facilities which have had ‘essentiality’ written all over them for the government. Hence unstinted efforts have been made to ensure that people do not suffer on account of disruption in any of these utility services.

As utilities, water, electricity and gas are categorized as essential services and play a vital role in the economic and social development of any region. While the populace, as the taxpayers, expect quality utility services from its government; India continues to be a country where access to potable water and power connectivity are distant dreams for many villages and distant hamlets in the hinterlands.

Even areas which boast of unrestricted water and uninterrupted power supply, the consumers have had had to put up with dry taps and frequent blackouts. Although the locals have plenty of reasons to complain about, the residents have now learnt to live with these anomalies and treat them as normal occurrences.

While one wouldn’t like to comment on the promises of ‘free water’ and ‘free electricity’ by various political parties that elections in India in recent times has been bringing with it, this ‘intended generosity’ to the aam aadmi will always remain bad economics according to experts.

The Goa Power Minister and his Delhi counterpart engaging in a high-voltage debate over AAP’s free promise of free electricity for up to 300 units if it is voted to power in the 2022 state assembly polls and the immediate launch of his government’s ‘Save Water to Get Free Water’ scheme by the Chief Minister which assures that locals will not be charged for consumption up to 16000 litres need only be seen as popularity stunts in the face of the fast-approaching elections - but one that ‘guarantees’ financial repercussions at a later stage.

It is time such types of politics is given the go-by. Almost all utility services depend on a number of factors for their smooth delivery. Chief among them is nature and natural ‘capitals’. If not used judiciously, there is every chance of the drying-up of the assets.

Hence the news that nearly a dozen states are staring at an imminent power crisis due to non-availability of coal is not something that can be taken lightly.

As the ongoing coal shortage in India is becoming more serious with each passing day, states are contemplating load-shedding as a means to cope with the looming power exigency.

With warnings of a developing power crunch due to shortage of coal, the central government has pressed all resources at its command to ensure power plants have enough feedstock to generate electricity.

Despite the assurances from the Ministry of Coal with regards to the availability of ample coal in the country to meet the demand, apprehensions of power disruption in the coming days are not entirely misplaced.

As factors that have contributed to the present crisis, the contention that record production of coal in the country notwithstanding, excessive rains in coal-producing belt hit movement of fuel from mines to power generation units impacting power generation in many states does appear justified.

Besides, the fact that power plants that used imported coal to generate electricity have either curtailed generation or completely stopped as a spurt in international energy prices has made it difficult for them to meet the commitments to the states at a particular rate, has been another impeding factor.

Although the ministry has belied fears of a power disaster in the making for the moment, the fact remains that the depletion of natural resources will have a serious impact on electricity generation in the coming future.

Nevertheless, accustomed to the luxuries that have come with the fast-paced development the country has been witnessing in the past few decades, it would be difficult to imagine a scenario where the aam aadmi would be ready to compromise on the daily comforts afforded.

States imposing power-cuts to tide over the temporary glitch has not been unheard of in the past. In fact in Kerala and Karnataka it was a daily routine residents had got accustomed to some years back. When the lights went off at pre-designated hours, locals were ready with their own means and ways to ward off the darkness.

In this respect, power-cuts could be thought of as a means of conserving energy. But the abject neglect shown by the department personnel themselves towards saving energy sends across wrong signals. Streetlights continuing to glow throughout the day, for instance! Not to say that the public has given an exemplary account of itself in this regard.

For a common man the two major motives for conserving energy are to save on utility bills and protect the environment. While some simple behavioural adjustments are enough to bring about admirable results, it is however the abject disregard shown for the little ‘inputs’ that could one day save Planet Earth that has been irritating.

For that matter, conservation has never been a strong point with the modern generation!

At any rate, the careful preservation and protection of our natural resources is a matter of utmost importance and one that cannot be marginalized any further.

Although frequent power problems and water woes continue to assail it; thankfully, Goa is not in such a precarious situation that it has to worry much about power-cuts and rationing of water at this point of time!

But conserving resources and sustainable development are yet to be realized in their true perspective and unless that happens, a rendezvous with a great disaster is an absolute certainty.