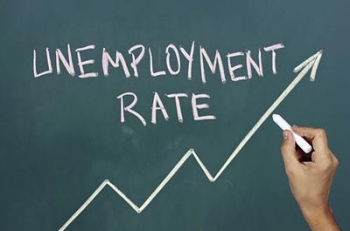 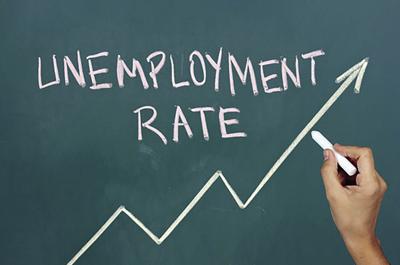 We are back to from where we started. Thanks to the government, which has been playing the role of a mute spectator. Of course, the pandemic, too, is responsible. But even before the pandemic hit us, we were in no better position than today.

Yes, we were labelled as the fastest growing country in the world at some particular point of time. We had foreign institutional investors running after us. They eyed the return that their money may fetch, perhaps, at a much faster pace than the growth of the country. These were things of a glorious past!

The fact is that India never grew faster than 10.26 per cent. This happened in the year 2010 under the UPA-led Manmohan Singh Government. It could grow to 8.15 per cent in the year 2015 followed by a decline every year.

The credit for the downfall will certainly go to the midnight drama of scrapping currency notes and subsequent implementation of Goods and Service Tax in a hurried manner. In fact, the government tweaked the formula for calculating the GDP to show a higher figure when nothing worked in its favour.

What grew faster was the unemployment rate. It never got the attention of our beloved Prime Minister. If someone tried to highlight the issue, the increase in the number of registrations for employee provident fund and the Employee State Insurance Corporation were quoted to show a greener picture. The mudra loan applications were also touted to prove that people would soon be employers, rather than employees. No one knows whether the data was factual or cooked up to answer questions during parliamentary debates.

Had this been true why would attempts for hiding crucial information be made? Just to recall the efforts made to put a crucial government report on the back-burner. The report showed the unemployment rate at an all-time high in the last 45 years. It got leaked in the media in 2019. It was, however, published only when a few government officials resigned in protest.

Small wonder that a new mechanism was developed for calculating unemployment. Only a person who could not find work even for an hour in a week was considered unemployed. Simply put, those who worked for two hours in a week were counted as employed!

Be that as it may, we are sitting over a ticking bomb. We saw our health system collapsing and people gasping for breath simply because our leaders declared themselves the winners, albeit, too early. Perhaps they underestimated the invisible enemy.

All their energy went into addressing public gatherings for amassing votes and satiating the spiritual needs of a religious cult. Clearly, it was considered far more important than the public good.

It was only when the new Covid-19 infections crossed the three-lakh mark that the government woke up from its deep slumber. This time, the prime minister could not do much except consoling the public with his words that the government was doing its bit to ensure sufficient supply of oxygen.

Little did he realise that the ground realities were way too different from what he described. The announcement allowing people above 18 years to get vaccinated too could not fructify. Was he not aware that those who got the first dose could not get the second one due to shortage of stock?

Unlike last year, he had no guts to announce complete lockdown. Nor the dramatic call for beating drums and utensils. In fact, he took a backseat, leaving the state governments to decide their future course of action, virtually indicating that he will not be held responsible for whatever happens.

Does it redound to the credit of a leader, who is known for taking a tough stand with his 56-inch chest? In fact, the chest is considered more popular than the statue of unity he built! A leader is supposed to think, plan and act swiftly. This is what we learnt in management studies. But then politicians hardly learn such lessons.

The lockdown phase could have been used effectively to tackle Corona-virus with concrete plans for rebuilding the economy, keeping in mind the poorest of the poor. On the contrary, the government announced the unlock phases quite arbitrarily with the finance minister making a few announcements off and on. There was a lack of clear planning.

The onset of the festival season during October and November last year did show a few chances of revival. But that was certainly not a turnaround. In fact, the period saw a sudden increase in new infections of coronavirus as well. That could have sounded like a warning for another wave. But no warning worked when winning elections was the end goal.

The recent report published by the Centre for Monitoring the Indian Economy revealed that unemployment in India has again touched a four-month low of 8 per cent in the first two weeks of April 2021. The labour workforce participation rate (percentage of people working or seeking employment) dropped to less than 40 per cent. It clearly shows the government’s inaction on this front.

Many would say it is not as high as last year when complete lockdown was announced. True, it is not 23 per cent, the highest ever seen in the last few decades, but should it give solace to the government, which uses nationalism as its mantra to govern the country?

The relief measures announced by the government during the lockdown was a pittance, compared to other countries. The poor were left to fend for themselves. The civil society organisations did their best to support them with basic necessities and financial help. What was missing clearly was the political will to serve them. A monthly credit of Rs. 500 in Jan Dhan accounts was certainly not the solution. At a time when most of the people could not even access their accounts for several reasons.

The pandemic brought several issues to the fore, be it social or economic. Almost everyone suffered from children to youth to women to the elderly. The government lost a lot of time in identifying these issues.

It could have used the power of the youth to resolve these issues, ranging from education, to domestic violence, to physical and mental health. Rather, many officials were busy holding webinars voicing their concerns but without much action on the ground.

In fact, building health infrastructure was one area that could have acted as a saviour during the second wave, while giving employment to many. Not only this, the vaccination project was an ambitious one. It offered a great opportunity.

The demographic dividend the country speaks about could have been put to an effective use. The government could have mobilised the youth for creating awareness on Covid-19, vaccination, establishing linkages with the government health facilities, linking children with remote education facilities etc. We would have been in a much better position. Perhaps, the world would have seen how we as a country used its vast team (population) to tackle this issue head-on.

Clearly, it could have given temporary employment to many while contributing to economic growth as well. Our people would not have suffered had the government focused on chalking out solutions.

In fact, our leaders have been thinking loud. They set an ambitious target of making India USD 5 trillion economy. This vision was reiterated recently during the budget session in February 2021 despite the economic downfall in 2020. Ironically, there is no plan to achieve it. The everyday struggle the common man goes through for saving his life, either from the virus or from acute hunger, is appalling, to say the least. We have all the means. All that we lack is the political will. Will Modiji bestir himself?

(The writer is a company secretary and can be reached at jassi.rai@gmail.com.)