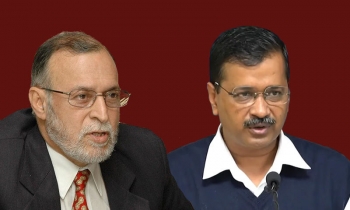 An Act against People’s Will 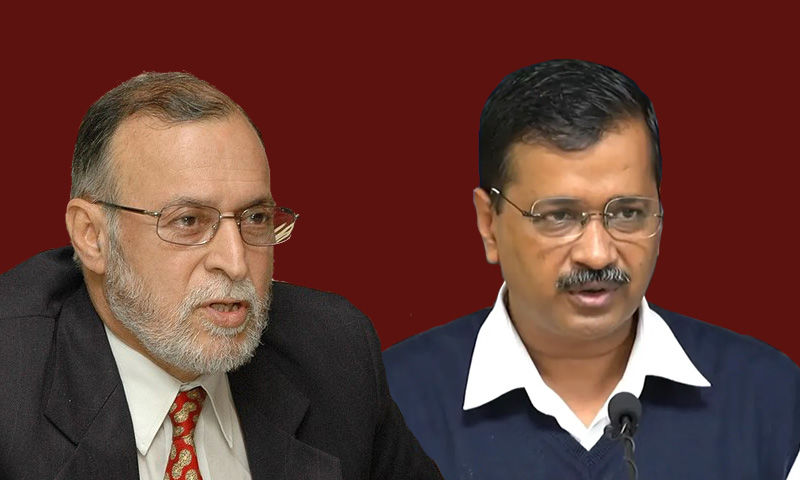 The Government of the National Capital Territory (NCT) of Delhi (Amendment) Bill 2021 passed by the Parliament confers absolute powers on the Central Government-appointed Lieutenant Governor of Delhi. The Bill, which will become an Act with the President of India signing it, is in conflict with Article 239AA of the Constitution of India; the ruling of the Constitution Bench of the Supreme Court of India on 4 July 2018; and the basic principles of cooperative federalism enshrined in the Constitution.

With one stroke of pen, the Bill reduces the Council of Ministers and Legislative Assembly of Delhi to mere talking shops without any legislative or executive powers. It gives absolute powers to the L-G by declaring him/her to be “the Government of Delhi.”

It provides that the opinion of the L-G shall be obtained on all such matters as may be specified by the L-G, before taking any executive action on the decisions of the Council of Ministers of the Delhi Government. It curbs the Assembly’s power even to conduct its own business as per the rules of procedure made by it.

The Bill also prohibits the Legislative Assembly from making any rule to enable itself or its committees to (a) consider the matters of day-to-day administration of the NCT of Delhi and (b) conduct any enquiry in relation to administrative decisions.

The Bill is yet another nail in the coffin of parliamentary democracy as the opinion of the L-G must be obtained before taking any executive action by the Delhi Government.

In this context, I am reminded of the words of socialist leader H. C. Kamath at the inaugural meeting of the People’s Union for Civil Liberties (PUCL) at the Vithalbhai Patel House during the Emergency. Speaking about the infamous 42nd Constitution Amendment brought in by the Central Government, Kamath said, “They are not amending the Constitution, they are not mending it, they are ending it.”

Ironically, the Bill also effectively circumvents the ruling of the Constitution Bench of the Supreme Court, comprising the then Chief Justice of India Dipak Misra, Justices A. K. Sikri, A. M. Khanwilkar, D. Y. Chandrachud and Ashok Bhasin.

In the Government of NCT of Delhi v. Union of India, the Supreme Court had ruled that “the L-G is an administrative head in the limited sense, and is not a Governor. The L-G had no independent decision-making powers. He is bound by the aid and advise of Delhi Chief Minister-headed Council of Ministers of the  NCT Government  of Delhi on all matters except those pertaining to police, public order and land.”

The Supreme Court had also observed that the elected representatives and the Council of Ministers of Delhi, being accountable to the voters of Delhi, must have appropriate powers so as to perform their functions effectively and efficiently.

The Supreme Court had also pointed out that “the exercise of establishing a democratic and representative form of government for NCT Delhi by insertion of Articles 239 AA and 239 AB would turn futile if the Government of Delhi that enjoys the confidence of the people of Delhi is not able to usher in policies and laws over which the Delhi Legislative Assembly has power to legislate for the NCT of Delhi.”

The Supreme Court had also ruled that the L-G had the right to seek the President’s opinion in case of a disagreement between him/her and the government of Delhi. The President who is bound by the aid and advice of the Prime Minister-headed Union Cabinet of Ministers would be the final authority in case of a conflict, with his or her opinion binding on both the L-G and the Delhi Government. The Supreme Court cautioned the L-G to use this power only in exceptional circumstances and not in a “routine or mechanical manner”.

Significantly, the Supreme Court also ruled that “there is no room for absolutism and there is no room for anarchism also” in the governance of National Capital Territory of Delhi. The Court pointed out that although Delhi had a special status, it was not a state, hence unlike state Governors, the L-G was not a mere constitutional figurehead, but also bore the title of administrator.

With such a detailed ruling by the Constitution Bench of the Supreme Court on the powers of the L-G and the elected government there was actually no ambiguity about anyone’s role in the governance of Delhi.

Defending the Bill in Parliament, BJP MP Bhupender Yadav said the Bill was in line with General Clauses Act 1897. The purpose of the Act was: a) to avoid superfluity; b) to shorten the Central Acts; and c) to give definition of terms in common use.  It is imponderable that the Member of Parliament had to make reference to an Act of 1897 to defend a present Bill.

The Government of the National Capital Territory has been redefined in the Bill as the L-G. Nothing, not even a leaf, can move without his or her knowledge or consent. Everyone, the elected Chief Minister and the Council of Ministers, the members of the Legislative Assembly and even the people will be responsible to the L-G.

Under the Constitution of India, Delhi became a Part C State, that is a political unit that enjoyed the least amount of autonomy from Central control and supervision. In 1956 when the States Reorganisation Commission abolished Part C states, Delhi became a Union Territory. And from1956 to 1967 the only popularly elected body in Delhi was the Delhi Municipal Corporation.

In 1966, a Metropolitan Council was installed in Delhi. An interim Council was appointed by the Central Government. Elections were held in early 1967 along with the general elections. Unlike the Municipal Corporation, the Metropolitan Council covered the whole of Delhi. The Council was essentially a forum for debate. It had no legislative or executive powers. The real authority in the Union Territory was the L-G.

The BJP will do well to remember that it was the Jan Sangh in the 1960s and 1970s that demanded statehood for Delhi. In fact, following the victory of the Janata Party, the then Convenor of the Janata Party in Delhi, V. K. Malhotra declared that his party was committed to statehood for Delhi. The BJP is frittering away the fruits of years of struggle by people who came before them to replace people’s mandate through absolute rule.