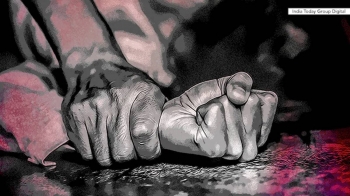 ANOTHER SHAME: A BLOT ON HUMANITY

Much has been written and debated about the Mumbai’s Sakinaka rape-murder case of a 32-year-old street dweller this 10 September that deserves to be condemned in the strongest terms. The deceased was raped inside a parked tempo and brutalised as well. According to the postmortem, evidently, the victim had been pierced with an object. So ghastly were the injuries inflicted on her that she died the next day without being able to even give a dying statement.

That the police swiftly arrested the 45-year-old rapist within hours is laudable. Media reports quoting preliminary police investigations seems to suggest that the accused confessed to his crime. The victim and the rapist knew each other. What began as a financial dispute between them led to her assault, rape and murder, although reportedly, there was nothing to indicate that it was premeditated. The state government has announced a compensation of Rs 20 lakh to be paid to the kin of the victim who had been battling it all alone to look after her two daughters and a disabled mother following separation from her husband eight years ago.

For moment if we rewind and recall the Nirbhaya gang rape case of 2012 that evoked nationwide uproar, the crime committed on the 23-year-old paramedic student was so horrific. Six rapists gangraped her, assaulted her private parts with an iron rod inside a moving bus on the intervening night of December 16-17, 2012 and dumped her on the road. Sadly, she died on December 29, 2012 at a Singapore Hospital, where she was shifted for treatment.

On 13 September 2013 when the Special Fast Track Court awarded death penalty to the convicts, it observed that “these are the times when gruesome crimes against women have become rampant and courts cannot turn a blind eye to the need to send a strong deterrent message to the perpetrators of such crimes. The increasing trend of crimes against women can be arrested only once the society realize that there will be no tolerance from any form of deviance against women and more so in extreme cases of brutality such as the present one and hence the criminal justice system must instil confidence in the minds of people especially the women”.

Notably, one of the “rarest of rare” cases in recent times, the convicts in the Nirbhaya case were hanged to death in March 2020 as an exemplary punishment.

Studies across the globe have shown that places of sexual assault can range from a victim's own home to public places like rest rooms, parks, alleyways, inside vehicles etc. Importantly there is no place, season, or time of day in which a rape has never occurred. According to research, sexual abuse like rape is a symptom of some psychological dysfunction, either temporary and transient or chronic and repetitive. Usually, rapists show little capacity for warmth, trust, compassion, or empathy and their relationships with others are mostly devoid of mutuality or reciprocity. By and large, such desperate acts seem to have its roots in an emotionally weak and insecure individual's inability to handle the stresses and demands of his life. Notably, when under stress, his judgment is poor and he can resort to rape as a last desperate attempt to deal with stresses which he feels will otherwise destroy him. Such individuals may  fear that that they are losing control and may even go insane. Consequently, rapists are not deterred by such logical considerations as punishment, disgrace to their family or causing injury to their victim(s).

Post Sakinaka rape-murder, a slew of measures has been announced by the Mumbai Police. Besides the setting up of Nirbhaya Squads, headed by a female police officer of Assistant Commissioner, every police station will have a woman safety cell and five mobile patrol vehicles. CCTV cameras are to be installed at deserted stretches, dark areas are to be properly lit up and patrolling is to be intensified through marshals/mobile patrol vehicles. As a preventive measure, all police stations in Mumbai have been tasked to prepare a list of offenders arrested in cases of crimes against women or child abuse earlier. Importantly, the police control room has been instructed to acknowledge all distress calls related to women.

Is there a way to prevent sexual assaults on women? GPS monitoring, using satellites to track the physical position of sex offenders designated as high risk is in vogue in some states of the US and has been recently put into practice in Japan as well. The offender is required to wear a tamper-resistant bracelet, mostly worn around the ankle which receives transmissions from the satellites and calculates his location. Although such GPS monitoring, as reports indicate is not a panacea, sex offenders monitored by GPS have been found to commit fewer crimes.

As the Supreme Court observed not long ago, “rape is morally and physically the most reprehensible crime in the society which degrades and defiles the soul of a helpless female”. Notwithstanding macro measures, there is an imperative need at the societal level to sensitise boys towards respecting girls as equal partners, both at home and in school.