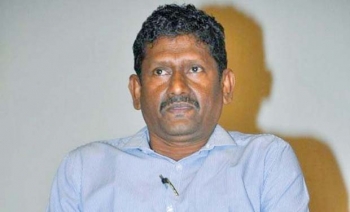 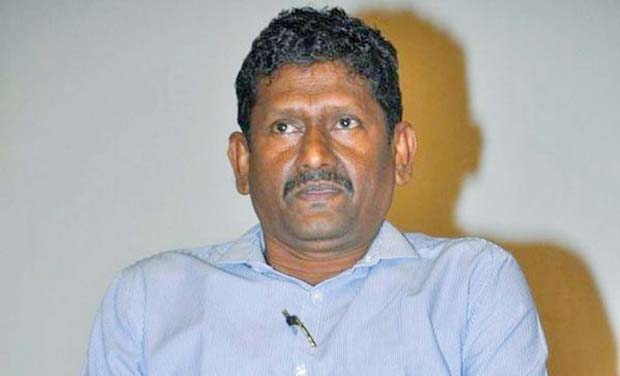 A Christian IAS officer in Tamil Nadu, who has been admired for relentlessly crusading against corruption, has applied for voluntary retirement from government service (VRS), three years before reaching the retirement age.

News agencies say that it may be because Ubagaram Pillai Sagayam had been demoted, due to his anti-corruption activities, to the insignificant post of the vice-chairman of the Science City in Chennai, where the 57 years old has been kept for the last six years.
The state government has not relieved Sagayam so far, though it is said that he had applied it on Oct .2. But media started reporting it only lately.

Sagayam has received applause for strict action against law breakers, working against the granite mining lobby as collector in Madurai, in spite of threats to his life, conducting fair polls as the special election officer there and sealing the Pepsi plant in Kancheepuram.
Whenever he joined a new post, Sagayam first placed this sign on his office door: “Reject bribes. Hold your head high.” By rejecting bribes and taking on the mafias, the IAS officer had collided with powerful politicians and bureaucrats, facing 25 transfers in 30 years. “I know I sit under a dangerous slogan. But I have been the same Sagayam from day one,” he said.

News agencies also speculate that post-retirement he may get fully involved in his NGO Makkal Pathai (People’s Path), to reform the society, where many Retd IAS officers are also members. Some say that he may train the IAS aspirants. Even some guess that since he has the backing of the common people, he may enter into politics, which is due in the state after a few months. But he had stoutly declined the 2016 appeal of the Hundreds of Ezhuchi Tamilagam youth to him to enter politics to cleanse the system.

Sagayam credits his honesty to his housewife mother. He says as a boy when he picked up the fallen mangoes from their neighbour’s mango trees, his mother would make him throw away the mangoes, saying that he should enjoy only what is his.

He is the youngest of five sons of farmer Ubagaram Pillai of Perunchunai village, Pudukottai, Tamil Nadu.  After his primary education in the local Tamil medium government school, Sagayam went to the Government Higher Seconadary School in the nearby Ellaippatti. He did his M. A. in Social Work and in Law.

After qualifying in the Civil Services Exam, Sagayam joined the Central Secretariat Service in 1989. After working in N. Delhi for seven months, he voluntarily resigned it. Having passed the Tamil Nadu Public Service Commission exams, he was appointed in the Tamil Nadu State Civil Service. Then he was promoted to the Indian Administrative Service (IAS) of 2001 batch.

As the deputy commissioner of civil supplies in Chennai in 2004, Sagayam discovered that restaurants were illegally using the subsidized domestic use gas cylinders, leading to the loss to the exchequer. Within three days he confiscated 5000 such cylinders.

When he was appointed the District Collector of Namakkal in 2009, the 47 years old Sagayam posted his personal assets in the district website: a bank balance of Rs 7,172 and a house worth of Rs 9 lakh in Madurai, jointly owned with his wife. As the district collector, he wanted to set an example of honesty and to repair the tarnished image of civil servants. He was the first IAS officer in Tamil Nadu to do it. He also sent his children to the government schools, instead of the elite English medium convent schools.

When he leant that the Village Administrative Officers (VAO) were living in the cities, instead of staying in the villages, he began to reform the system. But the existing VAOs and the local politicians attempted Sagayam’s transfer. But his transfer was protested by over 5000 villagers and it was withdrawn.

As the district collector of Madurai, he investigated in May 2012 illegal granite quarrying in collusion with several senior officials, costing more than Rs 16,000 crore losses to the state. This resulted in his 19th transfer, de-promoting him as the managing director of Co-optex handloom weavers’ cooperative in Chennai.

Because he protested the assault of a superior, the state textiles minister S. Gokula Indira transferred him to be the commissioner of Indian Medicine and Homeopathy in Sept 2014. And within 48 hours again he was demoted as the vice-chairman of Science City in Chennai, in which trivial post he has been kept for the last six years.

There was public outcry since the government did not pursue the illegal granite-quarrying. The Madras High Court appointed Sagayam on Sept 11, 2014 as the Special Officer-cum-Legal Commissioner to investigate all mining operations in Tamil Nadu state and ordered the government to relieve him of his Science City post.

Since it involved many officials and politicians, they gave little cooperation and goons were sent to attack him and his team. When the police slowed in exhuming the alleged victims of the human sacrifice, allegedly performed by a granite quarry operator, Sagayam spent the night in the graveyard at Mallampatti village to ensure that no one tampered with the evidence.

Recognised as a friend of the poor, Sagayam started Uzhavan Unavagam (farmers’ food court), where farmers could sell their traditional dishes. He helped to rehabilitate the three grandchildren of the freedom fighter V.O. Chidambaram, who were in abject poverty.
“Standing up against corruption is not for a season. Nor it is a fashion. It is forever,” he had said.

T. Udhayachandran, a fellow officer, appreciated him, “Sagayam is an iconic IAS cadre who takes pride in being honest. He is an enthusiastic officer in whatever he does.”