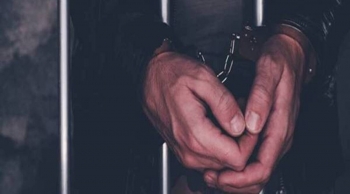 It is rather disconcerting that many undertrials are lodged in jails for periods longer than the maximum term for which they could have been sentenced, if convicted.

Undoubtedly, it’s a proud moment for all of us - Indian citizens – as the nation gears up to celebrate and commemorate 75 years of her independence. On the flip side, the special remission announced by the Union Government, holds a ray of hope for several prisoners, especially undertrials, lodged in various jails across the country.

Some States have reportedly finalised the list of persons under the special remission initiative. While Assam is set to release 18 prisoners, Maharashtra and Kerala are to free 214 and 33 prisoners respectively.

That in the recent past, support for the early release of UTPs has been growing from those in the higher echelons of authority and power is laudable. For instance, Prime Minister Mr Narendra Modi, while addressing the first All India District Legal Services Authorities Meet, this July 30, urged the judiciary to speed up the release of UTPs languishing in various jails awaiting legal aid. Further, he also said that ease of justice was as important as ease of doing business and ease of living. Expressing concern that in this “azadi ka amrit kal”, there are 3.5 lakh UTPs, Union Law and Justice Minister Mr Kiren Rijiju has asked the authorities to release the maximum number of UTPs by this August 15. On various occasions, Judges of the Supreme Court of India including Chief Justice of India N V Ramana, have been advocating the need for increasing the efficiency of our criminal justice system. The CJI has consistently maintained that “from indiscriminate arrest to difficulty in obtaining bail, the process leading to prolonged incarceration of UTPs needs urgent attention”.

Notably, the Supreme Court, nearly 43 years ago, during the hearing in the Hussainara Khatoon and others Vs Home Secretary, State of Bihar, observed, “the primary principle of criminal law is that imprisonment may follow a judgment of guilt, but should not precede it. There is  also another principle which makes it desirable to  ensure that  the accused is present to receive his sentence in the event of being found guilty…It is indisputable that an unnecessarily prolonged detention in  prison of undertrials before being brought to trial is  an affront to all civilized norms of human liberty and any meaningful concept of individual liberty which forms the bedrock  of a  civilized legal  system  must  view with distress  patently   long  periods  of imprisonment  before persons awaiting  trial can  receive the  attention  of the administration of justice… Sometimes the Magistrates also refuse to release the undertrial prisoners produced before them on their personal bond but insist on monetary bail with sureties, which by reason of their poverty the undertrial prisoners are unable to furnish and which, therefore, effectively shuts out for them any possibility of release from pretrial detention”.

UTPs received a shot in the arm with the enactment of the Code of Criminal Procedure (Amendment) Act, 2005, whereby it became possible for a petitioner to approach the judiciary, invoke Section 436A and press for his grant of bail. That is, when the concerned UTP has already undergone half of the period of the maximum sentence which the said offence carries, he could be released on bail, except in an offence which carries death sentence. Apparently, Section 436A is intended to decongest the jails by extending the above said benefit of grant of bail to such UTPs who had already undergone more than one and a half period of the total sentence in jail which an offence carried. In line with Union Government advisories, Under Trial Review Committees, headed by the District Judge and having the District Magistrate and the District Superintendent of Police as members are in place in all Districts of the country for the purpose of implementation of Section 436A.

The National Legal Services Authority (NALSA),  established in 1995 and headed by the senior most Judge of the Supreme Court along with subsequently formed State Legal Services Authority, headed by the Chief Justice of the respective High Court and District Legal Services headed by the District Judge of the respective District have been providing free legal services to women and children, members of SC/ST, industrial workmen, victims of mass disaster, violence, flood, drought, earthquake, industrial disaster, disabled persons, persons in custody and for persons whose annual income does not exceed Re one lakh.

The number of court halls across the country has increased from 15,818 in 2014 to 20,993 as on 30 June 2022. About 19,000 District and Subordinate Courts are computerised with internet facility made available to nearly 99 per cent of court complexes. The general public can access 21 crore cases and 18 crore order/judgments. Video Conferencing facility has been enabled between 3,240 court complexes and 1,272 corresponding jails. Twenty virtual courts set up in 16 States/UTs to try traffic offences have handled more than 1.69 crore cases and realized more than Rs. 271.48 crore in fines. During the last 8 years, 46 judges have reportedly been appointed in the Supreme Court, while 769 new judges were appointed and 619 additional judges were made permanent in the High Courts. 728 Fast Track Courts, including 408 exclusive POCSO Courts are functional for heinous crimes, crimes against women and children etc.

Studies have shown that being around hardened criminals can turn first-time or circumstantial offenders into full-fledged criminals. In some countries, one in seven prisoners are diagnosed with psychosis or depression and notably, more people with severe mental illness are in prisons than in psychiatric hospitals. The cause for concern is that if these disorders are not properly diagnosed and treated in a time bound manner, it can increase the risk of suicide, self-harm, violence and victimisation.

Considering the adverse impacts of overcrowding, unhealthy living conditions, mental illness, drug abuse, social stigmatisation and most importantly the compounded
risks of prolonged incarceration, higher courts can take the lead in underscoring the right to bail for UTPs in genuine cases.

As keeping persons in jail for long period of time, can result in high rates of psychiatric disorders, there is an imperative need for continuing special remission initiatives to prevent overcrowding of prisons.