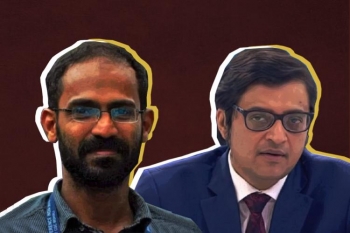 Considering the difficulties faced by ordinary people in India to get justice through the courts, it has often been said our justice delivery is based on the simple principle of “bail for the rich and jail for the poor.”

However, granting bail to Arnab Goswami, founder, editor-in-chief and anchor of Republic TV, and two others, who were arrested by Mumbai Police in a 2018 abetment-to-suicide case, the Supreme Court of India on Nov. 11, 2020, overturned the perception and upheld the principle that bail is in fact the right of an accused until he or she is held guilty. Senior advocate Harish Salve, appearing for Goswami, had pleaded for relief on the grounds that the basic rule is to grant bail to the accused not jail.

Further, the Supreme Court came down heavily against the high courts in general for not liberally granting bail and letting people languish in jails for months. This, Justice Chandrachud pointed out, led to a situation in which the Supreme Court was burdened with bail applications. “If constitutional courts do not protect liberty, then who will?” Justice Chandrachud said. He also expressed deep concern at the State(s) targeting those who follow a different ideology than that of the government.

“If constitutional courts do not interfere today, then we are travelling the path of destruction, undeniably. We must send a message to the high courts today that please exercise your jurisdiction to uphold personal liberty,” Justice Chandrachud added. Significantly, he further pointed out that “it will be travesty of justice if bail is not granted, while FIR is pending.”

By this reckoning, India will have to release on bail immediately more than 1,98,000 undertrials who have been languishing in various prisons for more than six months and who have not been held guilty by any court of law. A majority of these prisoners have in fact spent more than three years awaiting trial. Most of them are young, illiterate and poor. Most of them are from the marginalised castes, 64 percent are from Scheduled Castes, 21.7 percent from Scheduled Tribes, 12.3 percent from Adivasi communities and 30 percent from Other Backward Class, according to the 2019 National Crime Records Bureau (NCRB) prisons data released in August 2020. Religion-wise over 21 percent are Muslims.

But ironically, on Nov. 16, just four days after the vacation bench’s bail order, a three-judge bench of the Supreme Court comprising Chief Justice of India S.C. Bobde, Justice S. Bopanna and Justice V. Ramasubramanian declined to grant bail to a petitioner, Kerala journalist Siddiqui Kappan, who approached the apex court under Article 32. Kappan was arrested by the Uttar Pradesh police on Oct. 5 while on his way to Hathras to cover the aftermath of the rape and murder of a Dalit girl. No one, not even his counsel, has been allowed to meet him.

The Supreme Court’s refusal to entertain the bail application is in violation of its own ruling on the matter. In Romesh Thappar’s case (AIR 1950 SC124) the petitioner had gone directly to the Supreme Court for enforcement of the fundamental rights. The Attorney

General had contended that as a matter of proper procedure he should first resort to High Court, which, under Article 226, exercises a concurrent jurisdiction to deal with the matter.

Rejecting the contention, the Supreme Court stated: “That Article 32 does not MERELY confer power on this court, as Article 226 does on the High Courts… Article 32 provides a guaranteed remedy for the enforcement of those rights and this remedial right is itself made a fundamental right by being included in Part III. This Court is thus constituted ‘the protector and guarantor of fundamental rights’ and it cannot, consistent with the responsibility so laid upon it, refuse to entertain applications seeking protection against infringement of such rights.”