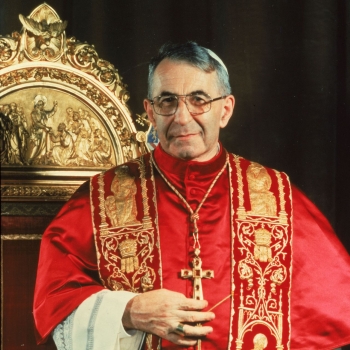 On September 4, 2022, Pope Francis beatified one of his predecessors. He was affectionately known as the Smiling Pope. Though he was a Pope only for 33 days, Pope John Paul I had made several lasting decisions to humanise the papacy.

He was born as Albino Luciani on October 17, 1912 in Forno de Canale in Belluno, Northern Italy. He hails from a poor family of bricklayer Giovanni Luciani and Bortola Tancon as their eldest son. He had two younger brothers and a sister.

When he informed his father that he liked to become a priest, his father retorted, “Hope you will be on the side of the workers.” The 11-year-old Luciani entered the minor seminary at Feltre and later went to the major seminary at Belluno.

Luciani was ordained a priest on July 7, 1935 at the age of 23 and then served as a pastor at Canale d’Agordo. After two years, he was appointed a professor and then the vice-rector in Belluno seminary. Here he also worked for his doctorate in Theology, which he earned in 1947 from the Gregorian University.

Luciani was then appointed the Chancellor of Belluno diocese. When he was appointed the director of Catechetics in 1948, he published his first book Catechesis in Crumbs, to teach the basis of catechism in a simple, direct and clear way. He was appointed the vicar general of his diocese in 1954 and canon of the cathedral in 1956.

Appointing Luciani the bishop of Vittorio Veneto, Pope John XXIII ordained him on December 27, 1958 at St. Peter’s Basilica.  As a bishop, he attended all the sessions of the Second Vatican Council and issued a pastoral letter, titled “Notes on the Council”.

Pope Paul VI appointed Luciani the patriarch of Venice on December 15, 1969 and he elevated him Cardinal-Priest on March 5, 1973. In January 1976, he published his book “To the Illustrious Ones”, a collection of letters he had penned, addressed to historical, literary and biblical figures.

Luciano began many family counselling clinics to assist people to deal with their marital, financial and sexual problems. To raise money for disabled children, he sold the gold cross and pectoral chain of Pope Pius XII gifted to him by Pope John XXIII. He also urged his priests to sell their valuables to contribute for this cause.

The conclave that was called to elect the new Pope, following the death of Pope Paul VI, elected Luciani the Pope on August 26, 1978, on the fourth ballot. He chose the name John Paul I to gratefully honour Pope John XXIII who had named him a bishop and Pope Paul VI who elevated him a Cardinal. When he was presented to the crowds in St Peter’s Square, the warmth of his presence made him a much-loved figure before he even spoke a word.

Initially Pope John Paul I refused to use the sedia gestatoria. But others convinced him of its need to allow himself to be seen by the crowd. But he was the last one to use it. He is the last one now in the long line of Italian-born popes, that began with Clement VII in 1523, since after him the popes have been elected from non-Italians. His image was of personal warmth, gentle and kind. Within a short time, he had won the hearts of millions.

Pope John Paul I set six plans to dictate his pontificate: To renew the church after the Vatican reforms; to revise the canon law; to remind the church of its duty to preach the gospel; to promote church unity, without watering down doctrine; to promote dialogue; and to encourage world peace and social justice.

But the 65-year-old Pope died of heart attack on the night of September 28, 1978. His sudden death within 33 days led to rumours of foul play. His successor, Pope John Paul II, remarked of him, in his first Urbi et Orbi message, “What warmth of charity, nay, what an abundant outpouring of love which came from him in the few days of his ministry.”

On his 30th death anniversary, Pope Benedict XVI remarked of him, “It took only 33 days for Pope Luciani to win people’s hearts.”

Pope Francis speaks of John Paul I more than any of his predecessors in his 2016 book The Name of God is Mercy.