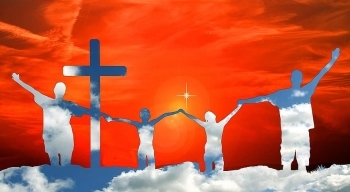 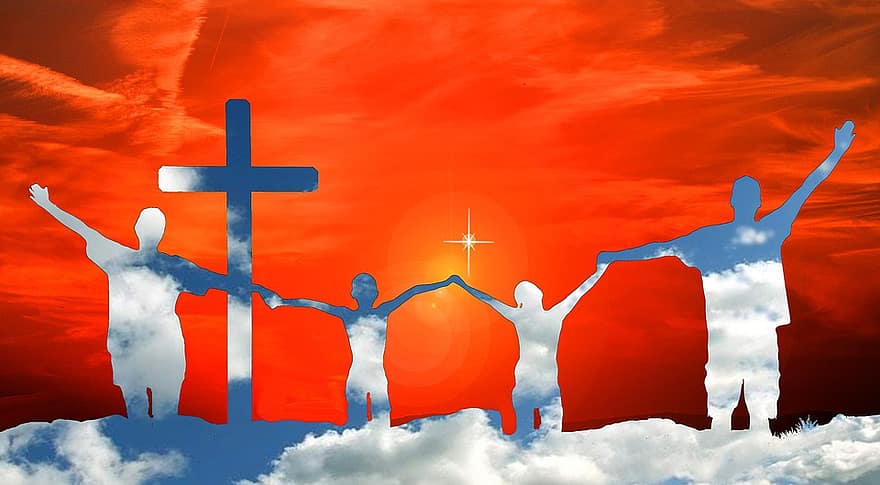 Jesus lived and taught people more than two thousand years ago. Although most of his teachings are universal, transcending time and space, they were expounded in a particular socio-cultural milieu. Therefore, in order to be faithful to Jesus’ teachings, it is imperative to be aware of the socio-political and cultural context in which a follower of Jesus lives and to reflect on his teachings in relation to the context and draw insights and inspiration for application to life. Reading the Gospels or any scripture without reflection and relating the content to the context is an exercise in futility. Today, the need is going beyond writing the fifth Gospel and becoming the fifth Gospel.

Evangelization in its true sense is living and sharing the way of life Jesus lived and recommended to his disciples. In the Acts of the Apostles, Christians are described as those who followed “THE WAY”. “The Way” is mentioned several times in the book of Acts: Acts 9:2; 19:9, 23; 22:4; 24:14, 22. The non-Christians were attracted to the early Christian communities because of their way of life based on the teachings of Jesus.

Imbibing the vision of Jesus through learning from the apostles, pooling all their resources and sharing the resources among the members according to each one’s need and partaking in the fellowship meal in view of fostering unity were some of the prominent characteristics of “THE WAY” of the early Christian communities as described in the Acts of the Apostles.  “All the believers were one in heart and mind. No one claimed that any of their possessions was their own, but they shared everything they had. With great power, the apostles continued to testify to the resurrection of the Lord Jesus. And God’s grace was so powerfully at work in them that there were no needy persons among them. From time to time those who owned land or houses sold them, brought the money from the sales, and put it at the apostles’ feet, and it was distributed to anyone who had need” (Acts 4:32-35). In short, THE WAY of the early Christian communities was based on the life of Jesus and especially his last commandment to his disciple, “Love one another as I have loved you”.

The socio-political, economic and religious context of India and of many countries in the world is characterized by exclusiveness, division, distinction between “insiders” and “outsiders” and hatred towards certain communities who are treated as “outsiders”. Against this backdrop, the role of the followers of Jesus is to present themselves as apostles of solidarity, fellowship, peace and harmony by becoming the fifth Gospel. The history of Christianity shows that the means and methods of evangelization changed according to time and space. In the context of today, the focus of evangelization has to be building bridges among different communities, especially the followers of different faiths.

Ever since the BJP came to power at the Centre under the leadership of Narendra Modi, the policy of the BJP and its ideological mentor has been polarizing the Hindus by raking up divisive issues. Every election whether to the Centre or to the states was preceded by floating new divisive and communal issues like religious conversion, triple talaq, love jihad, hijab, use of loudspeakers for azan, etc, besides the three main issues: Article 370, Ayodhya Ram Mandir and Uniform Civil Code.

In view of the Lok Sabha elections in 2024, new controversial issues are being raked up. People were under the impression that with the settlement of Ayodhya Ram Janmabhoomi issue through Supreme Court verdict in 2019, mandir-masjid disputes would come to an end. The SC verdict in 2019 repeatedly invoked the Places of Worship (Special Provisions) Act 1991, which seeks to maintain the “religious character” of holy structures as it was at Independence with exception to the Ramjanmabhoomi dispute.

Two disputes related to mandir-masjid that have been raked up recently are Kashi Vishwanath Temple-Gyanvapi Masjid in Varanasi and Shahi Eidgah mosque-Katra Keshav Dev Temple in Mathura. These issues are taken to court by individuals and groups who share the ideology of the BJP and its ideological mentor. BJP MP Ravindra Kushawaha said on May 23, “Ayodhya has been decided, work is on in Kashi Vishwanath temple and now it’s the turn of Mathura.” According to him, there are nearly 30,000 mosques built on the remains of Hindu temples. Some have claimed that the Taj Mahal is built on a Shiva temple called Tejo Mahalaya. It seems that there is no end to the game of exploiting mandir-masjid disputes for electoral purposes. Revival of these disputes will always make the communal pot boiling.

Notorious and treacherous efforts are afoot in Kerala to create enmity between Muslims and Christians who together constitute about 45% of the population of the State. Unfortunately many Christians, including some Christian leaders, have fallen into the trap laid by the communal forces. It is very unfortunate that instead of playing the role of mediators and facilitators of peace and harmony between Hindus and Muslims, some Christian leaders are pouring oil into the communal fire.

Along with vilification and demonization of Muslims as terrorists, anti-national, retrogressive, etc, Christians are branded as people bent upon converting Hindus by force and allurement. This strategy is adopted by the communal forces for gaining political mileage. As per media reports, attacks on Christians under the pretext of forced religious conversion have increased after Narendra Modi became the Prime Minister.

Against this backdrop, the mission or the focus area of evangelization of the followers of Jesus in India is becoming peace builders. “Happy are those who work for peace; God will call them his children,” said Jesus in the Sermon on the Mount. Moreover, realization of the vision of Jesus i.e. ‘Reign God’ requires building communities where God is accepted as a loving father and all human beings as brothers and sisters with equal rights, opportunities and dignity and without any discrimination. What is happening in India today is diametrically opposed to ‘Reign of God’ and the vision of India as envisaged in the preamble of Indian Constitution.

If the followers of Jesus have to become agents of peace and harmony in society, transformation has to take place at the individual and community levels. Individual Christians and community of Christians have to become the fifth Gospel. The first condition to become the fifth Gospel is living the values and teachings of Jesus by the followers of Jesus. Performing an array of complicated rituals and reciting prayers loudly will not make a person a follower of Jesus. Jesus said unambiguously, “Not everyone who says to me, ‘Lord, Lord will enter the kingdom of heaven, but only the one who does the will of my Father who is in heaven” (Mt.7:21). Because of the proliferation of rituals, extravagant celebrations, religious tourism, erecting huge statues and building opulent worship centres, living the Gospel values by the followers of Jesus has taken a backseat.

The ear-splitting prayers have to give place to contemplation on the word of God in relation to the context in which a follower of Jesus lives. As amply reflected in the Gospels, Jesus always prayed alone in the mountains and lonely places, away from the crowd. Quarrelling and fighting on the way rituals are to be performed is to be stopped.

The second condition for the Christians to become the fifth Gospel is unity that accepts, appreciates and celebrates diversities. First of all, there should be unity among the followers of Jesus and they should work for unity in society. If there can be four Gospels on Jesus’ life and mission, why can’t we have different ways of worshipping God? Imposing uniformity is a means to control and enslave people. What is required among the followers of Jesus is unity of hearts that emerges from their commitment to the vision and mission of Jesus and concern for each other. History is a witness to the fact that whenever attempts were made to impose uniformity among the followers of Jesus, divisions took place and these divisions led to conflicts and even violence.

In his message to the Catholic Media Conference on 30th June 2020, Pope Francis said, "E pluribus unum – the ideal of unity amid diversity, reflected in the motto of the United States, must also inspire the service you offer to the common good. How urgently is this needed today, in an age marked by conflicts and polarization from which the Catholic community itself is not immune?” “We need a media capable of building bridges, defending life and breaking down the walls, visible and invisible, that prevent sincere dialogue and truthful communication between individuals and communities,” he added.

Jesus told his disciples to be “innocent as doves and cunning as serpents.” Jesus might have foreseen the danger of religion being politicized and used by politicians to fulfil their agenda. History has depicted the stories of religious leaders being trapped by politicians and rulers. To be the fifth Gospel in the context of today, the followers of Jesus, especially the leaders, must be prudent enough to discern the motives of political leaders. Hatred should have no place in the dictionary of the followers of Jesus because it is diametrically opposed to the core teaching of Jesus. The followers of Jesus, particularly the leaders, should desist from statements imbued with hatred, explicit or implicit, towards any particular religious community. By making such statements they can easily fall into the trap laid by the communal forces.