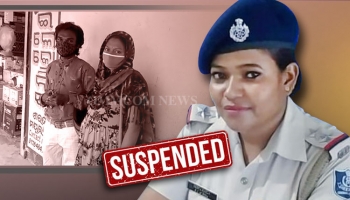 Beyond the Call of Duty: PEOPLE FACTOR EMPATHY? 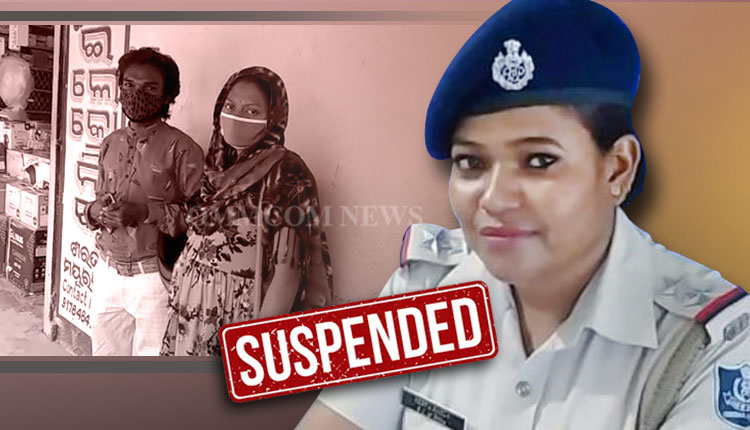 It is well established that the role and functions of the police in brief are to uphold and enforce the law impartially, besides protect life, liberty, property, promote and preserve public order.

Simply said, law enforcement is about keeping the society safe. But how far the police should go in enforcing the law has seen a lot of debates last week.

Yes, 35-year-old Sub Inspector Reena Baxal of Sarat Police Station in Odisha’s Mayurbhanj District had to face the wrath of her superiors on charges of gross misconduct and dereliction of duty for making an eight-month pregnant woman walk for three kilometres.

According to media reports, a motorcyclist, proceeding with his pregnant wife (who was not wearing a helmet) for medical check-up in Mayurbhanj District was intercepted by Reena on 28 March this year during a drive against traffic rule violations.

He was asked to pay a spot fine of Rs 500/- for the offence but his inability to settle the same by cash ostensibly infuriated Reena who instructed the police team to take him to the police station, oblivious of the fact that his pregnant wife was literally left on the road to fend for herself.

Finding that her husband did not return for hours, the helpless woman slowly trudged to the police station in the hot weather with avoidable difficulty. Only after the motor cyclist’s father visited the police station and paid the fine, he was released. No sooner than the media picked up the story, the next day, Reena was placed under suspension.

There was nothing wrong on the part of Reena in the enforcement of the helmet rule. Notably, the mortality among two wheeler riders not wearing helmets is significantly higher than those who are protected by helmets.

Statistics compiled by the International Automobile Association, as far as two wheeler riders are concerned, shows that irrespective of the speed of the vehicle or the manner in which it is being driven, when an accident involving a two wheeler takes place, the incidence of a head injury to the riders is as high as 95 per cent.

Hence the helmet rule is universally enforced worldwide and India is no exception.

Nonetheless, rules apart, Reena could have been sympathetic to the pregnant woman in the discharge of her duties while enforcing the law.

But why didn't she do so? Was it due to work stress or any other reason?

Not long ago, a study of police personnel in Great Britain found that when such officers responded to work stress and trauma with raised levels of irritability and aggression while dealing with the public, they may become an immediate danger to the reputation of the organisation and more importantly provide a reduced service to the public which they serve.

Similarly, almost half of Punjab’s police force were found to spend more than 16 hours on duty daily. 42 per cent of them did not get a weekly off and 82 per cent admitted that the workload made it difficult for them to do their job well.

Such irregular and long working hours among police personnel not only affects their physical health but also contributes to mental stress. This ultimately impacts their efficiency.  That a third of police officers in the country are willing to choose another profession with the same perks and salaries calls for concerted efforts.

Empathy, the ability to understand another’s pain and to consider the complexity of issues behind another person’s perspective is greatly valued as one of the most important soft skills that human resources need quite badly in today’s working life.

Recognizing and sharing someone else’s emotional state is a complex inner experience and the corporate world places a lot of emphasis on empathy training.  When you show deep empathy toward others, as it is evidenced, their defensive energy replaces it and that will go a long way in solving problems.

According to research, empathy involves not just feelings but thoughts. It encompasses two people - the person we are feeling for and our own self. To put ourselves in someone else’s shoes, we must strike a balance between emotion and thought and between self and other. Studies have concluded that a good work-life balance which has numerous positive effects, including less stress, a lower risk of burnout and a greater sense of well-being mutually benefits the employees as well employers.

Notably, organisations that provide environments that support work-life balance, have been found to save on costs besides enjoy a more loyal and productive workforce. It is all about dividing the hours in one’s day evenly between work and personal life apart from having the flexibility to get things done in one’s professional life while still having time and energy to attend to personal activities.