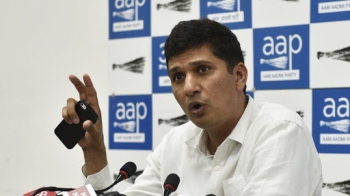 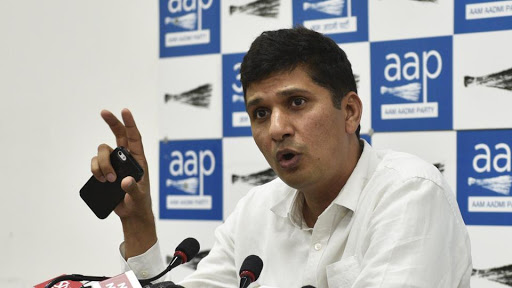 The National Capital Territory of Delhi (Amendment) Bill, 2021 moved in Parliament on March 15 has come as a big blow to the Aam Aadmi government. The Bill proposes to redefine the meaning of ‘government’ to give discretionary powers to the L-G even in matters where the Legislative Assembly of Delhi is empowered to make laws.

AAP Ministers and MLAs held a protest at Jantar Mantar in the Capital against the Bill soon after it was introduced in Lok Sabha because the ruling party in Delhi perceives it as a disguised step towards making an elected government redundant. The Bill, like other controversial ones in the last seven years, is expected to pass through Parliament because the BJP-led NDA, along with its supporting parties, has numbers on its side. It is not just the previous Congress government and the present AAP government that have promised statehood, the Bhartiya Janata Party government headed by Madan Lal Khurana too had complained about the government’s limited powers.

Anju Grover for Indian Currents spoke to AAP national spokesperson, Saurabh Bhardwaj MLA to know what prompted the Centre to bring the Bill. According to him, AAP's entry into Gujarat politics with 27 seats in the Surat Municipal Corporation could have been the trigger point. He alleged that the BJP was in favour of centralization of power. Bhardwaj said the purpose behind bringing the Bill was political as the BJP wants to engage the AAP government in a legal battle and waste its time as had been done in 2018. The BJP has set a bad precedent and it will have far-reaching repercussions, lamented Bhardwaj who is also MLA.

Q: Your views on NCT (Amendment) Bill 2021.
A:  After AAP solidified its grip in the national Capital by winning four out of five wards in the recent MCD by-elections, the Central Government became desperate to grab power in Delhi. It has lost consecutive Assembly elections. The BJP had scrapped Article 370 in Kashmir and bifurcated the State into two Union Territories – Jammu & Kashmir, which will have a legislature, and Ladakh, which will be without a legislature. They have brought this Bill for Delhi. They will do it in other States by breaking them into smaller States. Maharashtra could be next in line. Or convert small States into Union Territories. The BJP is in favour of centralization of power.

Q: Will it serve any purpose to PM Narendra Modi and the BJP?
A: The BJP is following its predecessors and amending the Constitution to grab power. It is for the first time that the BJP has done such a thing but it has not been accepted by the people at large. Leading Opposition leaders like Mamata Banerjee, Tejaswi Yadav, P Chidambaram, Kapil Sibal and Sitaram Yechuri have protested against the government’s action. The fact is that the move will harm PM Modi more than anybody else in his party. It is an indication that he is not sure of his popularity and ability to win elections and wants to grab power through the backdoor. Politics is not about number game in Parliament but perception. It will hamper his chance of returning to power in Lok Sabha elections. Such a move will have serious repercussions on the electoral prospects of the BJP.

Q: In Puducherry, the BJP brought down the Narayana Swamy government and imposed President’s rule. Your views.
A: The BJP has tried everything in the book to portray that it can do anything to grab power wherever it is possible -- from buying MLAs to framing them so that it can force them to surrender. Bengal is the latest example. This is something new that the BJP has been experimenting with. It will have serious repercussions. The emergency had serious repercussions. The emergency is observed as a black day in the history of India.

Q: What are the options before the Kejriwal government?
A: There are two options. Go to court and go to people. We are finalizing strategies for a battle on two fronts. Unfortunately, legal battles take a lot of time. The BJP had wasted three-and-a-half years of the AAP government in a legal battle in Supreme Court. It now wants to waste our time again.

Q: What was the trigger point?
A: I think AAP's victory of 27 seats in the Surat Municipal Corporation could have triggered it. The BJP is uncomfortable with AAP’s expansion plan. AAP has won seats in panchayat elections in Maharashtra, zila panchayat elections in UP, Himachal and Goa. Surat was the laboratory of the BJP as it gets huge donations from there. This is something the BJP has failed to digest. The BJP wants AAP to ‘meddle with’ L-G on administrative issues and leave the expansion plan.

Q: How about the current L-G Anil Baijal’s role in Delhi?
A: After the SC judgement in July 2018, there have been rare instances of conflict between the L-G and Chief Minister Arvind Kejriwal.

Q: The BJP is a party with a strong network at the grass root. The Opposition is fragmented. How do you look at this scenario?
A: It is a façade to say that the BJP has a strong network on the ground. The BJP does propaganda through a network on WhatsApp, Facebook and a couple of TV channels. Opposition parties will have to fight against the BJP-led propaganda on social media and electronic media.

Q: How confident are you in getting your rights back?
A: We will certainly get our rights back as the Bill is unconstitutional. This law cannot stand judicial scrutiny. They have done it to divert our attention.

The Congress party had used tactics to target its adversaries but the BJP has taken it to another level. The Congress party used such tactics rarely, still there used to be a lot of hue and cry in the media. But it is not the case with the BJP. When BJP targets an adversary, a large section of media supports the government. The BJP is purposely targeting political adversaries, anti-establishment media and anti-BJP Bollywood actors and universities. It is a new BJP culture to grab the power by hook or by crook.