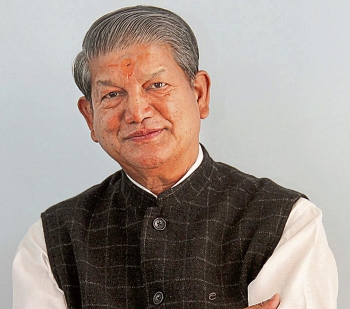 Bharat Jodo Yatra has completed two months. Party chief Mallikarjun Kharge said the yatra is bringing about a silent revolution that will change the political landscape. Anju Grover for Indian Currents spoke to veteran Congress leader and former Uttarakhand Chief Minister Harish Rawat to understand how the yatra will benefit the party politically and help it reconnect with the masses.

Q. Bharat Jodo yatra has completed two months. How has been the public response to it?
A: We are overwhelmed by the tremendous response to Bharat Jodo Yatra led by Rahul Gandhi. People have not seen a yatra of such a scale in several decades. They consider it as a tapasya and Rahul Gandhi as tapasvi.  The idea of holding such a yatra had come up at the Udaipur chintan shivar and the objectives were well defined for it. The yatra is more for creating Sadbhavana and unity and brotherhood among people. Some political parties and organisations have been spreading hatred on religious, caste and linguistic lines which is not conducive for the progress, development and unity of our country.

Q. According to you, what are the issues this yatra has highlighted.
A: The BJP and the Sangh Parivar have changed the format of public life. In the name of cultural nationalism, they are trying to influence the mind of a section against another section of the society. Issues like Mandir-Masjid, Kabristan-Shamshan play a key role in electoral politics. Congress has always rejected these issues and on the contrary promoted pluralism, secularism, democracy and development of the entire country.

Q. How will Bharat Jodo Yatra help in improving Congress prospects in the upcoming Assembly elections and general elections in 2024.
A: We are confident that the prospects of Congress in the coming state elections will improve tremendously because of the response from people. There is a public demand in Uttarakhand to hold yatra now. The state unit has decided to hold yatra and I will be part of it.

Q. There has been some heartburn over the yatra from within the Congress rank and file too. Your opinion.
A: The Yatra has changed the perception of public life. That will help the party in improving the electoral prospects in all states. In fact, BJP is finding it difficult to criticise Rahul Gandhi now. BJP-led social media trollers have become jobless because they can’t find fault in him.

Q. The Bharat Jodo Yatra could build bridges to close the communication gap. Your views?
A: History has shown that padayatras have changed the scenario of the country. Yatras led by Gandhiji and other leaders were politically oriented. But Bharat Jodo Yatra is not politically oriented but it may help Congress gain politically. It is true that we have lost our connect with the poor, the downtrodden, and minorities in the past few years. Earlier, a Congress worker used to work like a social worker but not anymore. Now a Congress worker is a political worker. It is time to reinvent our old recognition now.

Q. The idea of Congress-mukt bharat is being pushed by some political parties. How do you see it?
A: The idea of Congress-mukt bharat is disgraceful. It is against democratic principles of Indian Constitution which promotes multi-party system in the country.  Congress will continue to fight for the continuation of multi-party system. The yatra will reinforce the fact that Congress is a leading party of the country.

Q. How would you see party under Mallikarjun Kharge? Will he get free hand to run the party?
A: The one-hundred-and-thirty-six-year-old party has been led by non-Gandhi leaders several times before and after independence. P V Narsimha Rao was a successful party president. Kharge has a long 55 years’ experience in public life. Besides, he has a rich experience in legislative matters and administration which he would use to run the grand old party.

Q. Groupism, dissent, etc. have marred your party’s prospects. Rajasthan is the latest example. Your views.
A: There are many senior leaders from Rajasthan who will be able to resolve the issue. Under the leadership of Mr Kharge, the issue will be resolved amicably. Congress is a democratic party where people are allowed to express their views. Once the decision is taken, it is accepted by all of us.