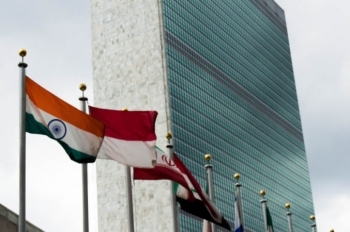 Bob’s Banter by Robert Clements Love Me, My People..! 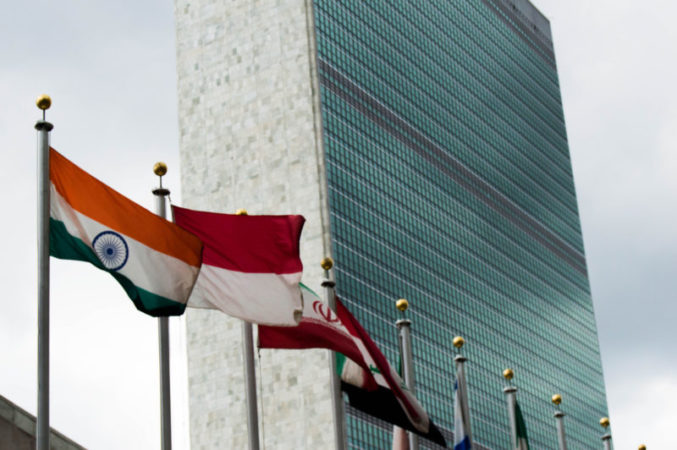 A faint breeze around the UN building in New York had all the world flags slightly swaying, except the Indian flag who moved more vigorously, “Hurrah!” she shouted.

“What’s with the hurrah stuff?” asked the American flag stiffly, “You feeling you’re back home, with this terrible New York heatwave?”

“Nah!” beamed the Indian flag, “I’ve just heard that now I can be flown both day and night, and in any home, anywhere in my country! Just like you’re flown here!”

“I must say that’s going to make your country quite a colorful sight!” smiled the British flag, “Saffron, white and green all over, that’s gonna look pretty!”

“It won’t happen,” said the Chinese flag gruffly, its red background growing redder, “Unless your government passes a law that every home should fly a flag, it won’t happen!”

“Pass a law, cut off their heads if no flag is flown!” smirked the North Korean flag, it’s red stripe getting more the color of blood, “You’ll have people hoisting you in every room!”

“Ha, ha, ha!” laughed the flags of China and North Korea together and they were joined by a distinct chuckle coming from the red, white and blue Russian flag.

The Indian flag shuddered, “I would not like to be flown because of a law,” she said, “I would like to be flown….”
The flags of the democratic world stared at her as she stopped. “What were you going to say?” they asked together.

“I would like to be flown, in every home and building in my beloved country, because they love me!” she whispered even as China, Russia, and North Korea guffawed and a few others who kowtowed to them, sniggered.

“Love for the color? Love for the fabric?” sniggered China, looking disdainfully at the khadi flag.

“No, love for the country!” said the Union Jack, “A country that gives equal opportunity for all, that, as in my country, anybody, even an Indian origin Hindu can try to become a Prime Minister! Where it is not just those of one faith whose opinions matter but that of every single person, whatever faith he belongs to!”

There was a hush as the Star and Stripes spoke, “Be careful oh Tricolor, of those who hoist you up selfishly for themselves. Last year we had a President who shouted, ‘Make America great again!’ But what he meant was to make me a symbol of the white man!”

The Indian flag looked across the ocean in the direction of India, and whispered, “I want to fly in the hearts of every Indian, whatever his or her caste, creed or community! Love me, my people!”

“Jai Hind!” whispered the same faint breeze from the East River, as the heatwave cooled with the heartfelt cry of the khadi Tiranga..!