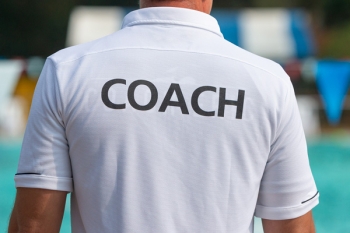 Bob’s Banter by Robert Clements If Hitler Had a Coach..!

No, not a coach to have taught Hitler to paint better, though I do believe if he’d had one to show him how to paint houses better, he would have been the richest house painter in Austria, and the world would have missed the dastardly deeds of a despicable despot!
As I hear about the coaching conclave being organized by the International Coaching Federation, my mind moved to a big if. What if! Yes, ‘what if’, what if world leaders had a personal coach who would guide them in their decisions, administration and their journey through politics?
All world sports have coaches. Our Indian cricket team’s success very often is attributed to a coach, then why not have coaches for politicians?
Let’s imagine Hitler had a coach. After his Heil Hitler and salute, the coach finds that today Hitler wants to get rid of him quickly, “You got something urgent to do Adolph?” asks the coach gently.
“Ich bin beschäftigt,“ says Hitler gruffly.
“I know you are busy!“ says his coach, “But what are you busy about?“
“I’m going to build concentration camps,“ says Hitler, “Huge ones to kill Jews!“
“Adolph!“ says the coach, “What is your strength? What do we see all over Germany? That you have become the undisputed ruler of the people right? You are a born leader!“
“That is true!“ says Hitler saluting an image of himself in a mirror. “I have convinced our people we are a superior race, but these Jews are a hindrance, so I will kill them!“
“What would a true leader do?“ asks the coach, “He would treat this as another goal to be achieved and instead of killing them, convince them that they are also superior!“
“They are not superior!“ says Hitler.
“Your goal Adolph,“ is to make them follow you as a leader and to achieve that goal, make them feel good about themselves! So engage with them, build a rapport and what a leader you will be!“
Well Hitler didn’t have a coach and today people hesitate to even name their dogs after him!
But we should learn from history, shouldn‘t we, and maybe it’s time our own political leaders fire their retinue of astrologers, soothsayers, and poll analysts and simply employ a lifecoach, who will not just get them to take India to where we want it to reach, but also reserve them a place in history, for what they’ve done for the country.
A coach who will be able to say gently, “Be a statesman for the whole country, not a leader for just one religious sect!“
“Don’t judge your people by their clothes but by their hearts!“
“History is harsh with those who have thought their race or religion is superior, don’t you want history to remember you?“
It’s not too late to employ one..!