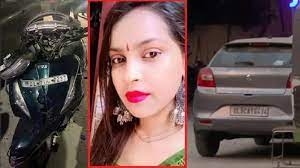 On New Year's Eve, most cities in our country have the highest number of policemen on duty. Because this is one night they are supposed to really work, and that’s not about ‘solving’ a crime, but about ‘preventing’ one. To prevent, police have to depend on eyes, ears and instinct!

How then was a woman dragged twelve kilometres under a car, by four drunk men, not seen by these guardians of the law?

Didn’t those eyes on duty see, ears hear, and intuition feel there was something amiss in a car with four drunks and a body below?

Which brings me to the question; are police really there to prevent crime? And another question; why don’t they stop crimes?

With your indulgence I’ll shift focus to an outrageously filthy scene that took place on an Air-India flight. A man in business class, terribly drunk, walks over to an elderly woman unzips and pees on her!

What would you expect the staff to do? React with horror? Get the Captain involved, and place the man under arrest? Which the captain has authority to do. What did they do? Nothing!

The man walks out of the plane and airport, scot-free!

The only reason I can think of, was that the staff felt they needed to use kids gloves on a business class passenger, because he could be somebody powerful!

And that same fear exists with the men in khaki, so much so that they have stopped being too nosy about what’s happening. “You can’t arrest me, I’m the minister’s brother-in-law!”

Everywhere we see honest officials transferred for doing their duty.

So why risk your neck doing your duty?

Those twelve horrible kilometres represent only one thing; that the enforcers of the law have given up their fight to protect us because of interference in their law enforcing work.

Police have stopped policing and other officials are turning a blind eye to serious misdemeanors: “Let him pee, so what?”

Our leaders have stripped our uniform clad officials of any authority, using transfers, no promotions, and jail after retirement, to make them toothless!

Don’t be fooled into your focus being cunningly turned to those four monsters in the car. Oh no, that is only a clever ploy to stop you from looking at the real rot, and that rot is a system which is crumbling!

Loud speakers blaring after the 10 pm deadline, because a politician tells the police it’s a friend’s function. Helmetless travel because they don’t want to lose mass votes! Jay walking, motorists breaking all rules, etc. etc. all pointing to law and order enforcement agencies who have become impotent and active only when sent to arrest those who’ve dared oppose those in power!

Watch out! It’s just a matter of time before you’re dragged, not twelve, but a hundred kilometres, with no one bothering to notice..!