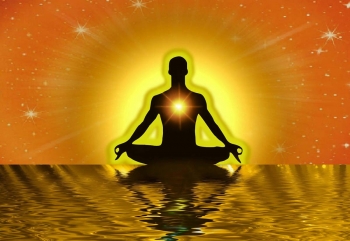 Bob’s Banter by Robert Clements Godmen and the Honeytrap..!

“How could he?” we shout hysterically when we find that a godman or a man of God, has fallen into a honeytrap!

“He is one!” say others, and therein lies the problem.

Many years ago, an old, wise, ninety- year old lady stopped me as I criticized a priest, “Remember Bob, beneath the cassock lies a man!”

Most priests start off on the right track. They, at some point in their lives decide that instead of serving mammon, serving God makes more sense. Somewhere on the way, their flock change them.

“You blame us for what happens to these godmen and men of God?” you ask incredulously.

To a certain extent yes!

We love men and women with chutzpah and charisma, right? And when that same man or oftimes a woman wears white, red, purple or saffron, we revere them all the more. In our emptiness we admire they have reached fulfillment quite similar to our love for billionaires who we envy for what we don’t have and then put them on a pedestal.

And like the golden calf of yore, we adulate them.

And that adulation gets to the godman, or man of God, who starts enjoying a near ‘godlike’ worship up there where you’ve placed him, laps up the feeling, and slowly over a period of time starts imagining he is God himself.

He isn’t. His job was to point the way to God, to teach men and women in his care how to keep themselves pure and holy so God could live in them.

But as these gurus progressed from teacher to preacher to godman, they lost God!

In the losing of their holiness they became the base man they were before they started, with all the desires of an ordinary human being. It was dwelling with God, that kept them from the carnal, but now with a smile on their lips and lewd words from their mouths they step into the honeytrap!

We, as a people have a duty here. Since we are part of the problem. We need to see this does not happen to those who’ve decided to serve God. Stop treating them like the divine, and consistently bring them back to earth, when they start climbing the pedestal.

Instead of saying “You are a wonderful speaker!” say simple words like, “We thank God for the wonderful discourse you were able to deliver!”

Remind them constantly about Whom they serve.

Do this at every stage in their rise, remind them, their gift to speak, to heal, and to enlighten comes not from themselves but from the One above.

Then, you will find fewer falling headlong into the honeytrap, and the Divine smiling at you for guarding His chosen..!