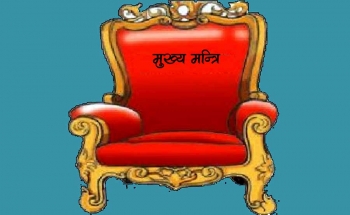 Bob's Banter by Robert Clements Lizzy and Our Own Throne Sitters..!

Poor Liz Truss, just forty-five days on the PM’s throne and she was out! In India too, the chief minister’s throne has become so temporary that political leaders now occupy just a portion of the royal chair as if they are wondering if they have any right to sit on it. I thought I’d do an interview with one of them on the same subject:

"Chief Minister sahib, what gives you the right to sit on your throne?"

"Guards beat this man up!"

"You should beat me up yourself sir!"

"Why should I dirty my hands?"

"That you won't dirty your hands! May I tell a story sir?"

"Entertain me!" says the uncomfortable political leader on his throne.

"A poor villager was coming home from the town market with his cart laden with purchases for his family. Suddenly his old horse slipped and the whole cart slid into a swamp. The villager cried out for help and a rich man who was also returning from town, ordered his horsemen to help. So, his men pulled and pushed and tried their best, they even tried to unload the battered cart but it just sank farther.

Finally, the rich man got down from his own grand carriage and pushed himself and got the cart back onto firm ground!"

"Oh no sir! Many years later this rich man died and at the entrance of the pearly gates he was stopped. "What good have you done on earth?" asked the keeper of the heavenly gates. "Ah well," said the man and tried to recount the few times he had helped people, but the scales weighed heavily in favour of his bad deeds. Finally, an angel of mercy walked in and put something on the scales, immediately the scales tipped in favour of the rich man entering heaven.

"What did he put?" asks the curious leader looking closely at me.

"A bit of dirt from the rich man which had got stuck onto him while pushing the poor man's cart!"

"So, what are you trying to say?" asks the leader, looking more uncomfortable on his throne.

"That you get down from your throne sir, and work for the people who have elected you, that you feel the sweat and grime and filth of your constituents! Shed tears as you see their hardship and let them feel your strength toiling for them!"

"Then, and then only sir will you find the throne a perfect fit for you, for you have earned the right to sit on it!"

"Guards throw this man out!"

"And dirty my hands?"