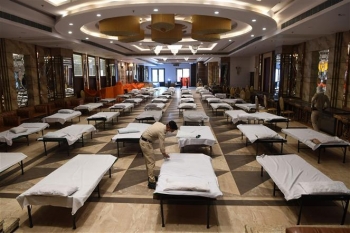 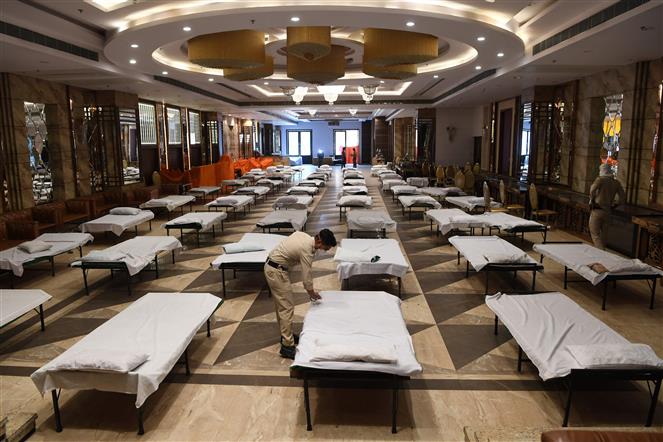 No, I’m not speaking of China or Pakistan, as I see you pondering and wondering who else it could be!

Years ago, Prime Ministers like Indira Gandhi and others, when faced with domestic turmoil, would point the entire country towards Pakistan or China, and unite every Indian, regardless of religion or political affiliation to fight against ‘the foreign hand!’
In the process they forgot their ‘domestic’ problems.

It worked well. But here, I’m not speaking of those countries, nor the present leadership, but a common enemy we’re all up against, and fighting collectively!

It was a phone call from a friend and an article by a journalist that made me realize there was a unifying factor at work in the country: Both had been admitted in general wards of government Covid-19 centres, one in Mumbai, and the other in Delhi.
Both came out changed men!

“Bob,” said my friend Roque on the phone, his seventy-five year old voice, still weak, “It was the most glorious time I ever had in the Covid centre!”

“What?” I shouted, wondering if the illness had done permanent damage to my friend, “Are you okay?”

“Inside that general ward,” he continued, “there were no Hindus, Christians or Muslims, we were all one, and we held each other’s spirit’s up to come out alive! Together we fought this outsider!”

“Yes,” I thought, “together, they fought the foreign hand!”

It was a little later in the day, I read an amazingly meaningful article by journalist Maseeh Rahman in the Indian Express, where he spoke about his experience in the general ward of a Covid hospital in Delhi. Among the patients in his ward were Punjabi Hindu refugees from Sargodha, in Pakistan, Marwaris from Jhunjhunu, in Rajasthan, also Jaiswals, from UP, and a Sunni Muslim from Hyderabad. And they kept an eye on each other’s health, their ups and downs even as they fought the Corona-19 virus!

At one point, the family of the journalist managed to get him a room in a private ward, but he along with another rich patient refused to go. The virus had bonded them together as one family, and they wanted to be united to fight this common foe.

Today, the pandemic sweeps the country, and even as we fight together against this foreign hand, let us later, forever remember such incidents where we as a nation stood shoulder to shoulder, in general wards, homes and hospitals throughout the country and fought the dreaded foe!

“We will remain friends for life!” they said as they left that general ward in Delhi, and am sure the same was said in Mumbai!

As a nation, let’s say the same, as we come out battle scarred, weary, but walking hand in hand, after defeating the ‘foreign hand’..!