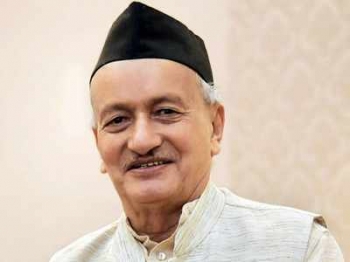 Bob’s Banter by Robert Clements The Tongues, they are a Slippin’..!

Many tongues are slipping in the country!

Let’s leave the Rajya Sabha tongue that slipped over our new president, and travel to Maharashtra where a poor governor let his tongue slip not just over a syllable or word but a huge thought.

Governor Koshyari who seems to have had his fill of Marathi politics for the last three and a half years, suddenly allowed his frustrated feelings for the locals to surface by saying that if Gujaratis and Rajasthanis left Mumbai, there would be no money in the city!

Whoa! Whoa! That’s huge. That’s like telling the Delhiite that if south Indians left Delhi, the city would no longer be able to function as the national capital, or saying that if the Keralite left Chennai, the city would collapse!

Where did this happen? At a simple ceremony in suburban Andheri where the governor was called to inaugurate a chowk after a Gujarati family! And I guess in the excitement and relief of having only people of a community that loved him around him, he expressed his true feelings!

Not a politically correct comment, if you are governor of that same state.

So, how did the slip happen? I guess true feelings come out in some way or another.

And that is the difference between the word ‘tolerance’ and ‘understanding’!

When you tolerate behaviour you also carry resentment inside, and this resentment is like a seething volcano that struggles to pour out its molten lava at some time or another. The seething lava of tolerance says, “Yes, I tolerate my neighbour from a different community but I wish he would stay somewhere else!”

But what happens when we are able to look at that neighbour as a human being just like us, and ‘understand’ that his pathway to God is different from mine. Immediately, with understanding our eyes and hearts open!

Probably if the governor had looked at the locals as men and women to be governed with love and not as irritants, he wouldn’t have allowed the molten lava of his true feelings to have come out.

We cannot hide what is inside and it is time we got rid of the anger and hate we bear inside towards people from other communities. How often we instill this dislike in each other. “He’s from such and such a community,” we tell a subordinate in the office, “so we can’t trust him!”

“Don’t play with her,” we tell our child, “She’s not from our religion!”

Stop tolerating others, and start understanding them. Go even a step further, start loving others as a brother or a sister and you won’t go through the ‘governor slip’ because inside instead of a volcano of dislike, there is a cauldron of love!

We need to do this, because to rise high and be respected as a manager, chairman, governor or prime minister, ‘slippin’ tongues’ could slip you into oblivion ..!