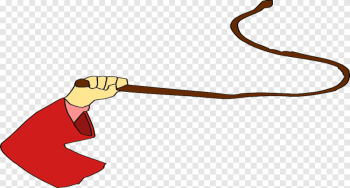 “Look at your church!” non-Christian friends cry out, “Is there anything inside different from what is happening outside? Your priests grab land, grab women, grab power, and you try to tell us you have something better than we have?”
I look at the newspaper they hold out to me, “Bishop rapes Nun!” it screams, and others which I have seen time and again, of property being sold by men of the cloth and money being siphoned off, is it a wonder that today there are more scoffers of our faith than a time when we were respected and revered?
“Forgive your brother seventy times seven,” thunders a priest from the pulpit even as his brother sitting in the congregation knows the very same priest has not visited him once the past year for some perceived slight, even he doesn’t know about!
And as these men of the cloth become standard bearers of hypocrisy, their followers think it not amiss to do the same.
Jesus was a Jew! Oh yes it may come as a surprise to many who think He was a Christian. And to the Jew the synagogue was a holy place, but what did the Son of God do when he saw what the Jewish church was being used for? He took a whip and lashed those who were using his Father’s house for activities that made the place unholy.
Today, these same men of the cloth, have made the church an unholy place, and it is time we as a people stand up to cleanse the premises of such: Bishops and their relatives who don’t give up official premises. Priests who have a roving eye or a liking for youngsters of the same gender. Chairmen of religious trusts who flout rules knowing board members will not dare question their authority.
Bring out the whip!
It’s time they were publicly told their time is up.
Don’t be fooled as they exclaim, “Don’t go public! Can’t you see the outside world is watching?”
And that my dear readers can’t be helped, because that is what they hide behind, “What will others think of us?”
But did Jesus think thus when he spoke brazenly about the hypocrisy of the Pharisees and Sadducees?
No! And as His followers we have to do spring cleaning, when cleansing is necessary, because it is not just those of other faiths who find nothing different in us from themselves, but our own people, our youth, who disillusioned turn away in disgust.
Even as you bring down edifices built on hypocrisy and wrong doing, remember that only a foundation built on Truth can be called Christ’s church! Forget about changing the country and it’s rulers, first look after your own home and backyard, and start using Christ’s whip fearlessly!
And what is our whip?
Why, the Bible of course.
And if you’re from other faiths and see leaders flouting hatred using religion? Brandish your religious texts, and use them as whips..!