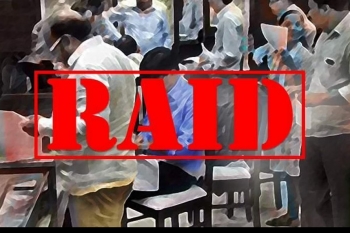 Bob’s Banter by Robert Clements Avoiding the ET, IT and Police..!

They were quite a few who came to hear me speak last week; corporate heads, industrialists and businessmen, and rightly so, because my topic was ‘How to Avoid the ET, IT and Police!”

It’s a subject that’s going to be of interest to thousands in our country as politicians galore are finding themselves behind bars, as the title of MP or MLA doesn’t give them protection anymore.

There are no closed doors to hide behind!

What does that mean for you and me? It means that whatever you do, say, or write is now known to the whole world. And more than that, it means that no more can you lead a double life, one for public view and the other behind a closed door!

How did this come about?

Technology has made this happen!  And technology knows everything about you. Have you realized that the ads you get on Facebook and Google reveal what sites you have been visiting? The other day Alexa suddenly added to the conversation my wife and I were having. For a moment my wife thought there was another woman in the house!

Alexa had been listening, to every word said, and it was recorded! Our lives are open today.

An article in the Economic Times a few years ago caught my attention. It said, “Data in 2025 – Huge, but not fully secure”. The article went on to say, “Within the next 10 years, worldwide, data about you, me and others is going to swell to about 163 zettabytes.” It is equivalent to 40 trillion DVDs, which would reach to the moon and back over 100 million times.

Can you imagine there is so much of who you are that is available so freely to people all around? Doors to hide behind are going, going, gone.

You don’t need Pegasus to find out what you are up to.  It’s there for anybody who wants it.

And if you have the ED, IT or police at your door, the usage has begun.

What do we do? That’s the question every MLA, and MP is asking now, and maybe as businessmen and corporate leaders or ordinary folk, you also should be asking.

That day when I spoke, they’d all come to hear the solution I could give, and I’m not sure they  went away too happy, because the only answer to a light being shone into the darkness of ones life is, I told them, “for that light not to find anything wrong!”

Yes, by default, honesty will be the only policy which one will have to live by, and a life of integrity and truthfulness will have the ED, IT and police coming out of your home saying, “This man or woman is clean! There’s nothing we can find!”