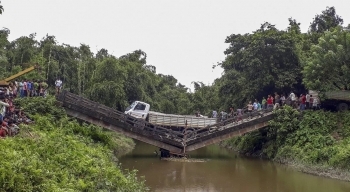 Bobs Banter by Robert Clements New Bridge Across The River..! 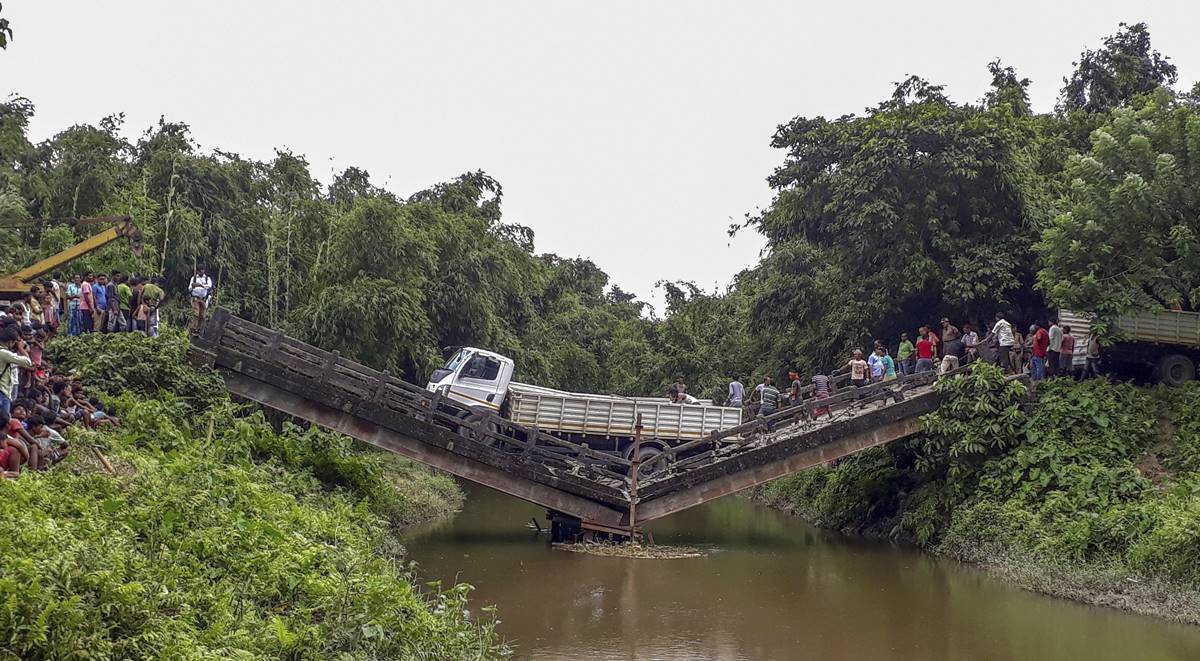 Even as I hear plans of bullet trains, and highways, and coastal roads and flyovers I look at bridges built yesterday, inaugurated with much fanfare that are already crumbling, while old British ones stand the test of time, even having a laugh while they see their new unfortunate cousins collapsing under a heavy torrent or flood, for which the taxpaying citizens were told, they were made to withstand.

But as soon as the new one shows signs of wear and tear, comes an ever-eager minister to the rescue:

“We need to build another bridge across the river!" says the minister to his people while visiting his constituency, looking at the old bridge, and smiles as they clap and applaud.

"How much?" asks the minister, later in his office.

"Well sir it will cost you…" says the contractor.

"How much?" smiles the minister.

"How much?" asks the contractor.

"Yes how much?" says the minister.

"You may start the work!"

"How much?" asks government engineer when contractor does half the work and asks for payment for his bills.

"Well sir I have finished half so it comes to.."

"How much?" asks the engineer.

"How much?” asks the clerk in the accountancy department.

"Sir, the engineer has specified the work is complete."

And the bridge is built.

"Did you make any profit?" asks the wife of the contractor as they drive for dinner in his Mercedes.

"Of course I did, what I gave in commissions I took back from the bridge! Instead of cement, sand. The bricks, half- baked. The steel, not moisture resistant. Instead of an engineer I used your brother on the site, instead of masons I used unskilled labour!"

"But if the bridge collapses?"

"There will be an enquiry," smiles the contractor, "and the man in charge of the enquiry will ask.."

"How much?" grins his wife then looks at her husband curiously, "Why are we taking the long route home?"

"You crazy?" asks the contractor as he passes the cars of the minister and the engineer and clerk, all taking the long route home, "You think any one of us will risk our lives on that bridge? That bridge is for the common man!"

And in another constituency, the common man claps and applauds again as a minister says, "We need a bridge across the river!"

Or maybe it’s metros, bullet trains, concreting roads, highways .. you name it! And you thought it’s because of some ideology they believe in that they topple each other’s governments? Nah, it’s just to topple you into the river..!