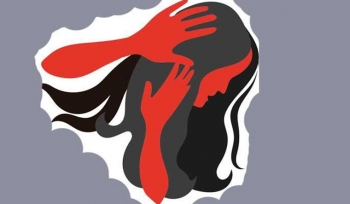 Bob’s Banter by Robert Clements The Milkmaid and the Moos..!

The hair on the delicate hands of the milkmaid stood on end as she heard her cow moo. “What is it, dear cow,” she said, even as she continued milking, “What is it that troubles you?”
The cow mooed again, and the milkmaid whispered, “You are safe! Our fences are tall; no lion can jump in and be off with you. Our laws are strong; no one can butcher you anymore! You are safe dear cow, why the terror in your voice?”
On a hill nearby, a sage, deep in meditation heard the cow moo and shivered. He shook himself out of his silent reverie and hurried down to where the maid milked her cow. He heard her quietly calming the mooing cow, and went to her, “The cow does not moo in terror for its own safety!” he said.
The teenage girl giggled and patted the cow, “Ah you know cow talk do you sage?” she giggled again, even as the sage looked at her with pitying eyes.
“The cow is safe with laws that have been passed!” he said, “But not you who look after the cows, or look after the cattle that graze outside! Oh, woman leave the cow and run, for what the cow moos in terror, is danger she senses for you she loves!”
“Me?” giggled the pretty teen, even as she gave the sage some milk in a bowl to take home, “Of whom should I be afraid?”
The cow mooed again, even as the sage watched in horror as a gang of men walked stealthily towards them, the leader brandishing a knife, “What do you want?” he shouted, “You cannot touch the cow, she is protected!”
“Shut up sage!” said the leader, flashing the knife at him, even as the girl watched in tongue tied horror, “It is not the cow we want!” and he laughed a chilling laugh, even as the cow mooed louder. But the moos were not enough to prevent the maid being snatched away from the protected animal, and dragged, screaming, into the bushes, even as the sage was tied to a tree and left there gagged.
They, the cow and he, heard frenzied movement in the bushes, they heard her screaming. They, both the cow and sage tried in vain to rush to rescue her, but one was tied, and one knew only how to moo.
In the village nearby, they heard the mooing, and laughed, “There’s a protected one mooing in joy!” they said, even as the rapists finished their crime, their knives red with blood and walked away into the same village from where they had come.
All this while their state leader, another clean shaven one, in sage’s clothes campaigned in a faraway state, telling people to vote for ‘cow protection’, even as he couldn’t protect more and more, those that milked them cows..!