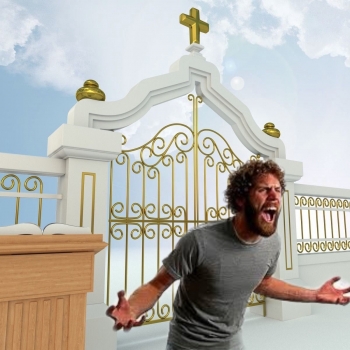 Bob’s Banter by Robert Clements You’re Only A Woman..! 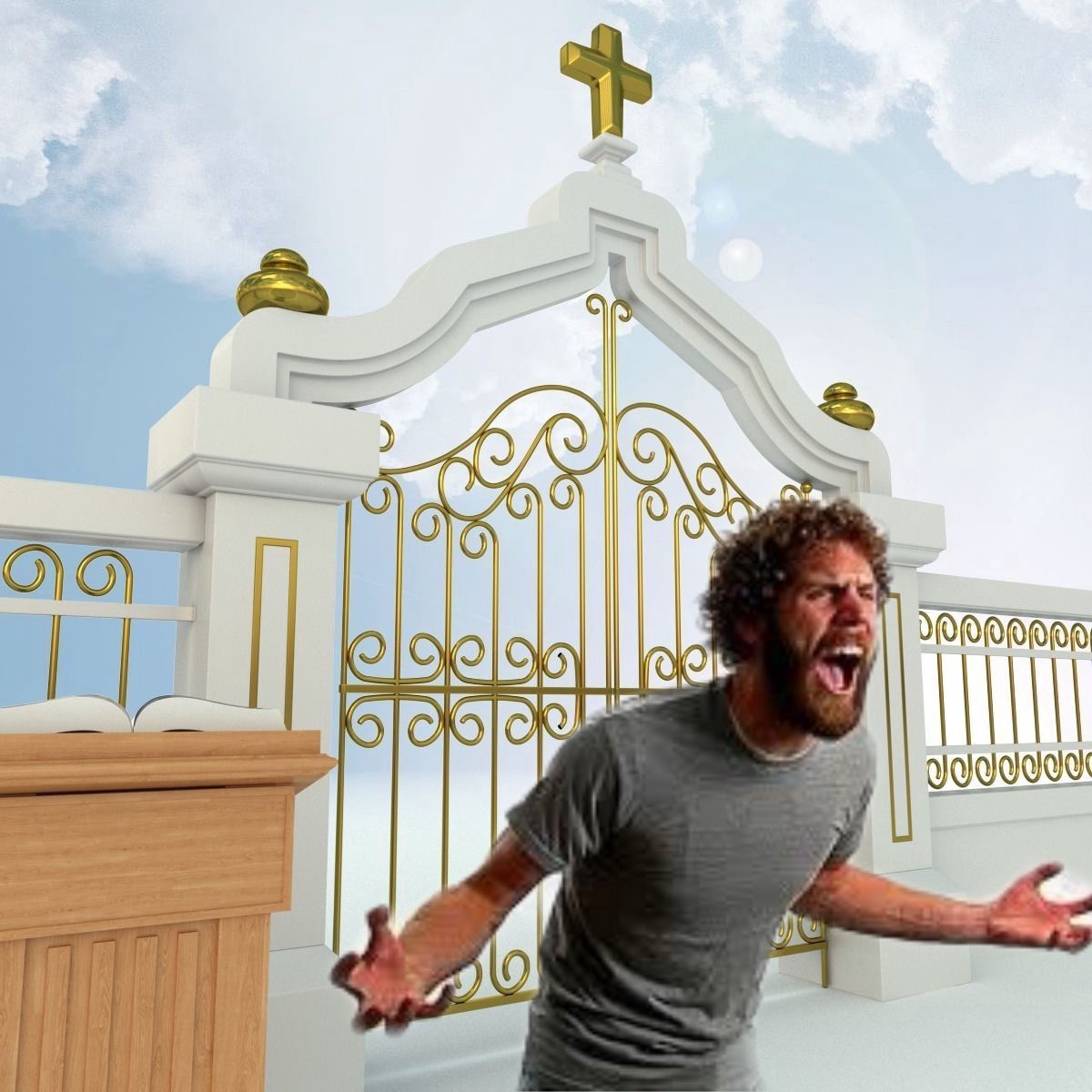 The man who’d just died walked up the steps towards the pearly gates, but a pretty angel stopped him, “Not this way sir!”
“But its written ‘Heavenly Gates’ up there?”
“For those who’ve earned the right to enter!” said the pretty angel leading him away.
“I have!” said the man looking angrily at the angel.
“I don’t think so sir, will you please turn the other way towards the gates of hell!”
“What! Who do you think you are?”
“An angel of the Lord!”
“You’re only a woman!” said the man with disdain.
“So?”
“Shut up!” shouted the man,
“What?”
“I said shut up!”
“And why should I sir?”
“Because you are a woman, even if you are an angel now, and women don’t speak to men like this!” shouted the man outside the gates of heaven.
“That sir,” said the pretty angel, “Is why you are being turned away! Down on earth, you treated women worse than the dogs you kept as pets! Your wife…”
“Has she been complaining?” asked the man.
“Not complaining, but praying everyday that you would change your ways, but with Holy Book in hand, you told her that you were her master and when you felt she wasn’t convinced, you even used your fist…”
“Yes I did..”
“To hit her with! That fist was used more for such purposes than what it was meant for! You remember hitting her, don’t you sir?”
“She used to disobey me. Sometimes I came home unexpectedly to surprise her, and found her asleep!”
“Poor, tired woman? She would have won more souls through the life she led, than the words you spoke! Did you ever hear of God thrashing men even after they sinned?”
“We are men!”
“Ah, yes I forgot, but all the more reason, you may find heaven a difficult place to live in, here men and women are equal!”
“I can adjust to that!”
“Too late sir! Too late! All are equal!”
And from the Gates of Heaven, a woman’s voice cried, “It is my husband, let him in!”
“That’s your wife!” said the pretty angel, “Even now she loves you! But she deserves better than spending eternity with a man who thought she was his slave! Ah there comes your friend the devil, to take you, where you wife beating, male chauvinistic brutes belong; in Hell..!”