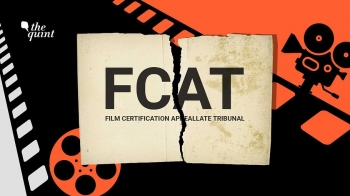 British Era Censor Board is Back

With the abolition of the Film Certification Appellate Tribunal (FCAT), the National Democratic Alliance (NDA) government at the Centre has for all practical purposes reintroduced the British era film censorship in the country.

The FCAT was a statutory body constituted by the Ministry of Information and Broadcasting in 1983 under section 5D of the Cinematograph Act, 1952. Its main job was to hear appeals filed under section 5C of the Act by applicants for certification of films. The Tribunal was headed by a Chairperson and had four members including a Secretary. It was headquartered in New Delhi.

The abolition of the Tribunal means that in future film-makers and producers aggrieved by any decisions of the Censor Board will have to appeal to the High Court which will not only be very expensive but also time-consuming.

Earlier, with the inclusion of film personalities in the Tribunal, the film-makers were certain that they would receive a reasonable decision on their appeals. It now remains to be seen how High Court judges unfamiliar with the complexities of film-making will take decisions.

In India, politically explosive films like Kisa Kursi Ka, Nakshbandhi and Andhi have been made in the past. However, the Central Board of Film Certification (CBFC), popularly known as Censor Board, has been hanging like a sword of Damocles over the heads of film-makers. Many of its decisions have been quite arbitrary and unreasonable.

All films must get a CBFC Certificate before they can be released in theatres or telecast on television. The CBFC which consists of a Chairperson and 23 members appointed by the Central Government certifies films under four categories. U: Unrestricted public exhibition (suitable for all age groups); U/A: Parental guidance for children under age 12; A: Restricted to Adults (Suitable for 18 years and above); and S: Restricted to a specialized group of people, such as engineers, doctors or scientists.

Whenever the CBFC denies certification or suggests arbitrary cuts in any film, the film-makers could approach the Tribunal in appeal. In most cases, the Tribunal has been very quick in giving its decisions and has overturned many of the decisions of the Board.

The film-makers are completely shattered by the decision to abolish the Tribunal which in several cases championed the artistic freedom. It cleared several recent films like Great Grand Masti; Saheb, Bibi, Golaam; Haraamkhor; Lipstick Under My Burkha; and Babumoshai Bandookbaz with an “A” certificate over-riding the Censor Board’s objections.

However, in the case of En Dino Muzaffarnagar, in August 2014, the FCAT upheld the CBFC’s order refusing to certify the film arguing that the documentary had “grave potential of creating communal disharmony.”

Vishal Bharadwaj termed it a “sad day for cenema”. Hansal Mehta described the abolition of FCAT quite restrictive and arbitrary. Anurag Kashyap said it would discourage film-makers from working on serious themes.

The government’s abolition of the Tribunal through an Ordinance once again points towards the NDA government’s lack of respect for Parliamentary proceedings and democratic norms. Nobody knows what was the emergency that necessitated bringing in an Ordinance instead of waiting for the next session of Parliament. Clearly the government’s intention is to further centralize the power to censor free ex