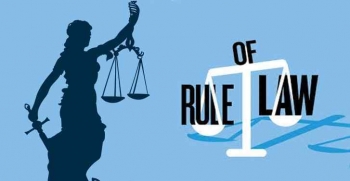 Secondly, the central government gave the approval despite the serious objections raised by the Central Bureau of Investigation (CBI) and the Special Judge Anand L Yawalkar in March 2021. The Special Judge had said that the release should be on the basis of the laws of Maharashtra and not Gujarat that would be applicable to the convicts, since the case was heard there.

The special judge had made strong objections to the early release of these men. "In this case all convicted accused were found guilty for rape and murder of innocent people. That the accused had no enmity or any relation with the victim. The crime was committed only on the ground that the victims belong to a particular religion. In this case even minor children and pregnant women were not spared. This is the worst form of hate crime and crime against humanity. It affects the consciousness of society. Aggrieved of this crime is society at large," the judge wrote as reported in NDTV news.

The CBI said the crime committed by the accused was "heinous, grave and serious" and so the "accused cannot be released prematurely and no leniency can be given to him".

Thirdly, these men were out of jail for over a thousand days on parole while serving life sentences as per the information gathered by NDTV from the documents submitted in the court by the Gujarat government. For example, Rupabhai Chandana enjoyed 1,198 days of parole and 378 days of furlough (short-term temporary release of convicts from jail), amounting to a total 1,576 days outside the jail. Two others were outside for more than 1200 days as per the information NDTV accessed.

Bilkis Bano case was one of the rarest of rare cases in which the Supreme Court had ordered in 2019 to give Bilis Bano the highest ever compensation in a rape case:  a job, a house and Rs. 50 lakhs. Bilkis Bano was only 21 years old when she was gang-raped by a mob and 14 members of her family, including her three-year-old daughter, were killed. The convicts were sentenced to life terms in jail by a special court in Mumbai, which was later upheld by the Bombay High Court.

It was reported in the media that the 11 men were welcomed with garlands, and sweets were distributed on their release, as if they had made a great sacrifice for the nation. A question arises in the minds of many people why the Gujarat and the central government were in a hurry to release 11 men convicted in a horrendous case of gang rape and murder. Indian prisons are overcrowded, and more than 70% of the prisoners are under trials. Many of them are in jail for being accused of petty crimes and they have already undergone punishment more than what they would have got at the time of their conviction. Why are not the governments taking any step to release the under trials of petty cases and decongest our prisons? There was a hue and cry when there was a delay in hanging the men who were convicted for capital punishment in Nirbhaya case. But there was no massive public protest, except by a few individuals and human rights organizations, when the 11 rapists and murders were pre-maturely released from jail.

‘Rule of Law’ is one of the core principles of democracy. The Oxford English Dictionary defines the Rule of Law as “the authority of and influence of law in society, especially when viewed as a constraint on individual and institutional behaviour; hence the principle that all members of society, including those in government, are considered equally subject to publicly disclosed legal codes and processes”. In simple terms rule of law means that all are equal before law, including those who make the laws and who are in charge of implementing the laws. Equal access to all citizens to legal remedies is also part of the rule of law.

According to the United Nations (UN), “the rule of law is a principle of governance in which all persons, institutions and entities, public and private, including the State itself, are accountable to laws that are publicly promulgated, equally enforced and independently adjudicated, and which are consistent with international human rights norms and standards. It requires measures to ensure adherence to the principles of supremacy of the law, equality before the law, accountability to the law, fairness in the application of the law, separation of powers, participation in decision-making, legal certainty, avoidance of arbitrariness, and procedural and legal transparency”.

In the context of India, the rule of law is very much related to the criminal justice system that consists of passing laws by law-making bodies, law enforcement, adjudication, (prosecution and courts), and correctional agency. Corruption and political interference can distort the criminal justice system.  It happened in the past and it is happening in the present also. The premature release of 11 convicts is a political decision that goes against the spirit of the Rule of Law.

Current Indian political scenario is characterized by polarization based on religion. The religion-based polarization was witnessed in its cruel form in the 2002 Gujarat riots. Many independent reports had found that the Gujarat government under the leadership of Narendra Modi failed to stop the riots. Ashish Ketan in his book, “Under Cover: My Journey into the Darkness of Hindutva” has uncovered the omissions and commissions of the state along with other stories of cruelty and injustice during and after the 2002 Gujarat riots. When one observes the hurry with which the Gujarat government and the Union government released prematurely the 11 convicts of Bilkis Bano case, he/she is reminded of what Ashish Ketan has written in the introduction to his book.

“Even though I went there a few years after the events of 2002, the riots have always been a reminder to me that an ideology built on hate can persuade ordinary people to become part of a murderous mob, can get them not only to kill but to kill with relish and then justify it as a long overdue assertion of communal power”. No wonder the 11 men were accorded hero’s welcome when they were released on 15th August on the day of India’s independence.

The judiciary is expected to be the protector of the Rule of Law and of the fundamental rights guaranteed to citizens by the Indian Constitution. But some of the decisions of the judiciary send confusing signals. As the editorial in ‘The Hindu’ on October 27 has stated, “The instant stay on orders of acquittal or discharge of G.N. Saibaba and others in an alleged Maoist conspiracy case by the Supreme Court raises critical questions. The SC seems to have shown extraordinary zeal in fulfilling the Maharashtra government’s wish to have an immediate hearing. It is doubtful whether the Court should have responded with such swiftness just to suspend a judgement that has given detailed reasons for discharging the accused”.

If people lose faith in the Rule of Law because of the discriminatory approach of the law enforcing authorities and those involved in criminal justice delivery system, the result will be disastrous for the nation, and the image of India at the international level will be sullied. Hence governments should sternly act against all those who take law into their hands without any discrimination, and the judiciary should be impartial in its verdicts. The premature release of 11 convicted men in a brutal gang-rape and murder case like Bilkis Bano case does not instil faith in the citizens regarding the impartiality of the government, the very foundation of Rule of Law.