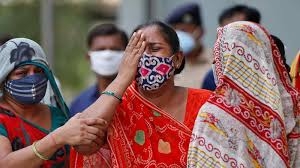 Challenges of Covid: War against Coronavirus Demands Politics of Consensus 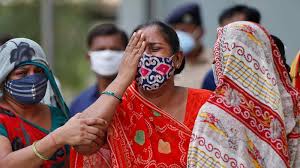 Amidst discord and allegations between the Centre and the states on the supply of oxygen, availability of Covid vaccines and other issues related to the pandemic, it is gratifying to note that the Union Minister for Education convened a meeting of various stakeholders, especially the Education Ministers and secretaries of the states, to arrive at a consensus on the issue of holding 12th Board examinations under CBSE and ICSE on 23rd May.

Although the meeting did not result in any consensus on holding examinations, the process of discussing with the states itself is a step in the right direction. The most important concern expressed during the meeting was that lives are to be given priority over exams. This approach of dialogue with the states was missing during the second wave of Covid 19 that has been furious and disastrous.

Even after witnessing the catastrophic consequences of the inadequacy of actions, omissions and negligence of the Central government, the BJP seems not to have learned any lesson. Even now the government, the party and the RSS are worried about their image and the expected adverse political fallout in the UP assembly election next year. As per the media reports, on Sunday 23rd May, the Prime Minister Narendra Modi had a brainstorming session with senior BJP and RSS leaders on pandemic containment in Uttar

Pradesh. It was reported that besides the Prime Minister and the home minister Amit Shah, BJP chief JP Nadda, UP BJP general secretary Sunil Bansal and RSS leader Dattareya Hosabale took part in the meeting.

One of the significant causes of the disaster and tragedy that unfolded during the second wave of Covid 19 is the refusal of the Modi government to consult and dialogue with state governments and the opposition parties regarding the policies and action plans to tackle the pandemic. There are also complaints that the PMO (Prime Minister’s Office) alone is deciding everything; even the BJP senior ministers are ignored in the decision making process. At a recent function organized by RSS to discuss positivity, the RSS chief Mohan Bhagawat spoke of the need for collective rather than individual leadership. Many Sangh observers see it as a nuanced appeal to all BJP leaders, including CMs, to take decisions through consensus.

A pandemic of gigantic proportions that occurs once in a century requires not only consensus among the ruling party leaders, but also across the political spectrum. Ever since the second wave of Covid 19 started infecting more than 3 lakh people a day and taking away more than 4000 lives, the people of India witnessed confusion, lack of coordination, allegations and counter allegations between the Central and the state governments and between the ruling party and the opposition parties. Even when the Prime Minister spoke to the Chief Ministers, it was a monologue, as alleged by a chief minister. The PM spoke to the district level officers and the medical staff, but he did not convene a meeting of the opposition leaders to seek their views and proposals.

The vaccine policy of the Modi government declared on April 21 is confusing and complicated. The Supreme Court has asked the Centre to revise them to be more in line with Articles 14 and 21 of the Indian Constitution. A bench of Justices D.Y. Chandrachud, L. Nageswara Rao and S. Ravindra Bhat observed “it is likely that compelling the State Governments to negotiate with manufacturers on the ground of promoting competition and making it attractive for new vaccine manufacturers will result in a serious detriment to those in the age group of 18 to 44 years, who will be vaccinated by the state governments”. But the government is not ready to listen even to the Supreme Court. It wants to keep Covid management out of judicial review.

Many state governments have expressed the difficulties they face in acquiring vaccines from foreign countries as well as from the Indian vaccine producers, and they have requested the Centre to acquire vaccines and make them available to them. US pharmaceutical firms Moderna and Pfizer have refused to send supplies of its Covid vaccine directly to Punjab and Delhi saying that, according to their official policy, the companies will deal only with the Government of India. A group of retired civil servants in an open letter to the PM on 18th May, demanded free, universal Covid 19 vaccinations to all Indian citizens. They also called for effective coordination with states to make sure there were adequate “oxygen facilities, essential life-saving drugs and equipment and hospital beds in all states of the country”.

Most of the states are complaining about shortage of vaccines, but the Union health minister continues to reaffirm availability of enough vaccines in the country.  Delhi suspended on 23rd May vaccination for the age group between 18 and 45. As per the media reports, the daily average of vaccinations administered in May (until May 19) was 16,85,000. According to a report published in The Hindu at the current rate it will take two and half years to vaccinate 75% of its population. Hence ramping up the supply of vaccines is the biggest challenge before the government.

In the midst of death and devastation caused by the pandemic the protest by the farmers against the new farm laws is not in the limelight and it seems that the government have ignored them. The nation cannot ignore the genuine demand of a large section of Indian population while finding solutions to the huge challenge, the pandemic Covid 19. Anything that disturbs the concerted action against the pandemic is to be dealt with on a priority basis. Hence the government has to resume immediately dialogue with the farmers and reach an amicable settlement with them.

Against this backdrop the Prime Minister has to immediately call two meetings: one of the representatives of all political parties and another of the chief ministers and health ministers of all states to find solutions to the issues arising out of the pandemic. The PM should listen to the suggestions of the chief ministers and opposition leaders instead of talking to them, and the Central and the state governments should arrive at a consensus on core solutions to handle the pandemic.

The second issue to be discussed is how to deal with the possible third wave of Covid 19 and the precautions to be taken. It has been exposed that the health infrastructure in most of the states is grossly inadequate, particularly in the rural areas. Hence measures to deal with the issues like provision of medical oxygen, hospital beds and supply of essential medicines are to be discussed with the states and a comprehensive plan should be ready to be implemented when the need arises.

The third issue to be discussed with the states and the political party leaders is the economic fallout of the pandemic and the economic support to be given to the people. Because of the Covid 19 and the consequent lockdown millions of Indians have slipped into poverty and unemployment. According to a study report (“State of Working India 2021 – One year of Covid-19”) published by Azim Premji University, around 230 million Indians have been pushed into poverty during the past one year. The lead author of the report, Amit Basole, suggested that "Additional government support is urgently needed now for two reasons -- compensating for the losses sustained during the first year and anticipating the impact of the second wave. This can include continuing free rations beyond June, additional cash transfers, an expanded MGNREGA, and an urban jobs programme." If immediate measures are not taken, more people will die of poverty than due to Covid 19.

In order to ensure the support and cooperation of all political parties, the Central government shall form an all party advisory committee as formed by M K Stalin, the chief minister of Tamil Nadu. As per the news report published in The New Indian Express, Tamil Nadu perhaps is the only state to have such a panel at a time when no other party wants to share the optics of providing relief to the people. It shows the maturing of Stalin into a confident leader who puts the welfare of the state over individual glory. The Prime Minister and the BJP may take a leaf from the example of Mr. Stalin.

The tragedy India has witnessed during the second wave of Covid 19 is to a great extent  the result of BJP’s politics that is divisive, exclusive and majoritarian. As Avay Shukla has expressed in his article, “Dear Prime Minister, Now Do You Believe That No Man Is an Island?” in Wire on May 23, this politics is unfolded in the following actions: “subjugation of constitutional and regulatory institutions, gross misuse of enforcement and police agencies, undermining of the judiciary, politicisation of the armed forces, an overbearing arrogance and insensitivity to public opinion, ruthless crushing of dissent and false propaganda and image building on a Goebbelsian scale.” Is the BJP ready for a course correction and adopting a politics of consensus?