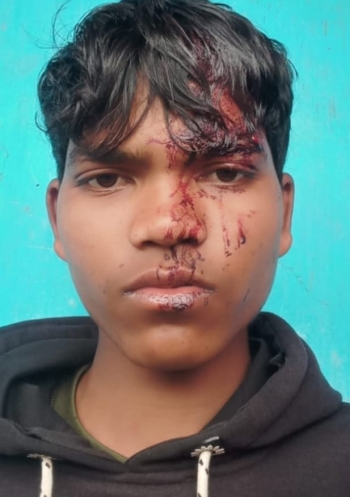 In the light of the disturbing violence meted out to the residents of numerous villages of Narayanpur and Kondagaon districts in Chhattisgarh, the Centre for Study of Society and Secularism partnering with All India People’s Forum, All India Lawyers’ Association for Justice, United Christian Forum and other eminent members of the civil society expeditiously constituted a Fact-Finding Team (FFT), consisting of the following members, to visit the locations and report the facts.

The team was assisted by Ajay Justice Shaw, Sonsingh Jhali, Ricky Ernest, Pradeeep Kumar and others.
The members of the Fact-Finding Team visited numerous relief camps and villages and interacted with the victims of the violence, as well as the non-Christian Adivasis including village sarpanch and residents. We had further interacted with district administration officials of Narayanpur including the District Collector, the Deputy Superintendent of Police, the Additional Superintendent of Police apart from members of political and cultural outfits. The fact-finding took place in the villages and district headquarters of Narayanpur and Kondagaon districts from December 22 to 24, 2022.

There is an organised campaign to forcibly convert Christian Adivasis to Hindu religion. This is obvious as from December 9 to 18, 2022 there were a series of attacks in about 18 villages in Narayanpur district and 15 villages in Kondagaon district displacing about 1000 Christian Adivasis from their own villages. Those displaced were told to give up their Christian faith and convert to Hindu religion failing which they were threatened with dire consequences including death. Many Christian Adivasis were assaulted and beaten with lathis, tires, and rods. At least two dozen people had to be hospitalised with injuries like fracture of collar bone and other such injuries.

The displaced Adivasis were forced to leave their village and seek shelter in the open during winter season. A few were forcibly converted to Hinduism. One Mr. Manglu Koram from Madamnar village told the fact-finding team that he and members of 21 Christian families of his village were forcibly taken to the village tihad (temple) where the priest forcefully (sic) sprinkled some water on them and conducted some rituals and declared them to be Hindus. They also forcibly took away copies of the Bible from their homes. Likewise, 18 families from Udidgaon village and 3 families from Fulhadgaon, 3 families from Putanchandagaon village were also forcibly converted. Even persons with disabilities and pregnant women were not spared of the brutal violence.

We talked to the social activists and leaders of the Scheduled Caste, Scheduled Tribe and OBC community. Shri Dhantaraj Tandon of Sarva Anusuchit Jati Samaj told the Fact-Finding Team that “RSS’s campaigns should be held responsible for attacks on Christian Adivasis.” He further emphasised that there was an attempt to create a Manuwadi mindset to undermine the rule of law. Bangaram Sodi, President of Sarva Advisis Samaj, Kondagaon district, said that Adivasis should be free to choose their religion. He too felt RSS was running a campaign to communalise the Adivasis, causing unnecessary disturbances in the area, which are totally avoidable.

It is pertinent to observe that the fact-finding team had the opportunity of visiting the village of Chiprel in Narayanpur district. It was heartening to observe that this peaceful Adivasi village lived in harmony wherein Adivasis of various faith held cordial relations with one another and stood united as one. During our interactions, the Adivasis attributed their unity and harmony to their trust in one another, wherein they do not permit any outside propaganda to grow distance between various faiths of the Adivasis.

Role of the Administration

The early warning of the campaign to forcibly convert Christians manifested in the month of October. However, the District Administration ignored the early warnings such as the threats and intimidations targeting Christian Adivasis. These intimidations were reported but no action was taken which tantamounted to breach of peace in the locality. If the administration was not alert during the early warnings, even after an escalated, violent campaign against Christian Adivasis on December 9, no action was taken, Not even an FIR was filed though the survivors of the attack filed complaints with Benur police station and other police stations in Narayanpur district. In Temrugaon, three Christian Adivasis were beaten in the presence of 10 to 15 policemen. Even then the policemen neither stopped the attack nor filed FIR of the incident. As a result, the violence against Christian Adivasis kept on escalating.

Even though the Collector claimed that FIRs have been filed, but no such information can be found on the government website. Collector also could not give any detail about the sections under which FIRs were filed nor specified the number of people accused. Though the additional SP informed that the accused persons have been arrested, he could not furnish the details. Neither the victims, nor church leaders nor anybody else who should have information of such arrests confirmed any arrest. The administration appears to be busy pleading and persuading the perpetrators of the violence to let the displaced Christians to return to their villages.

The administration is functioning on the preposition that both sides are guilty in the scuffle or conflict. However, when the Fact-Finding Team asked the Collector what wrong had the Christian Adivasis committed, he could not specify anything. When FFT asked the non-Christian Adivasis, even they did not say that the Adivasis were wrong; there only grievance was that the Christian Adivasis had now disowned their traditional religious beliefs. Every Indian citizen including “Adivasis” are within their legal rights to believe in anything they choose too. The FFT did not find anything wrong done by the victims, except leaving the village under threat or due to violence. The preposition that this is merely a minor scuffle in which both parties are wrong is becoming an excuse for inaction in stopping the violence.

On 18th December night, about 1000 displaced Christian Adivasis assembled in the compound of Narayanpur Collectorate as they had no other place to go; after midnight, lights were switched off, buses were brought in and lathis were used to forcibly load the people into the bus. They were transported to Benur police station where FIR of the victims were to be registered. However, no FIRs were registered the next day by the town inspector, even though the victims gave them written complaints, on the pretext that they would first talk to the perpetrators.

The perpetrators of the violence are misled to be acting under the PESA (Panchayats Extension to Scheduled Areas Act) particularly the Section 4(d) without following due process of law.

However, the Fact-Finding Team appreciates the temporary relief arrangements in Zilla Panchayat Sansadhan Kendra and the indoor stadium in Narayanpur; they were relatively better even though women complained of lack of water supply in toilets and they had to bathe in the open.

1.    Immediate steps should be taken to facilitate return of Christian Adivasis to their villages with dignity and security.
Until such time, the facilities in the relief camps should be improved, particularly, keeping in mind the requirements of women, children and persons with disabilities; ensuring privacy and sanitation. We saw people with injuries which requires medical treatment. Facilities for medical treatment should be arranged in the relief camps.

3.    A special investigation team should be constituted under the supervision of Supreme Court or High Court to investigate the offences committed against Christian Adivasis. This would prevent any further attacks on the Christian Adivasis in other villages and establish rule of law rather than rule of the might.

4.    Strict action should be taken as per law against those police officers who were responsible for inaction against the perpetrators of violence inflicted on the Christian Adivasis and for non-registration of FIRs.

5.    The homes and prayer houses of the Christian Adivasis that were damaged during the attacks should be rebuilt by the State and victims of violence must be adequately compensated for the pain and agony suffered, apart from the loss of property (house, agricultural harvest, cattle, etc) and livelihood.