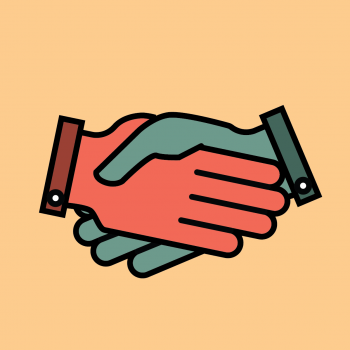 Though our choice of words may vary, we know it when we see it! The fair, courteous and generous behaviour or treatment of others is variously called civility or decency or sportsmanship. Sadly, these social graces that are so essential in a civilized society are, if not threatened with extinction, becoming increasingly rare in our social and political discourse. But most recently, we were witness to a remarkable exhibition of sportsmanship and consummate decency, which was actually the inspiration for writing this essay. And who else but sportspersons to remind us of the importance of the fundamental human values in these boorish times?

The two young men who have given the entire country a primer on civility and sportsmanship are none other than our Tokyo Olympic champions, the incomparable Neeraj Chopra, the gold medallist, and Bajrang Punia, bronze medallist. They have shown that they are not only great at their craft but are also men of sterling character.

The incident that triggered a furore and the bold, high-minded intervention by these youngsters needs to be elaborated for the uninitiated. During the Tokyo javelin throw finals, Neeraj Chopra lost some time as he searched for his javelin in the holding rack which he finally discovered was with Arshad Nadeem, his Pakistani counterpart, who was also preparing for his throw. Neeraj asked Nadeem for his javelin, which was immediately handed over. According to rules, the javelins in the rack can be used by any of the competitors.

But you can trust our vicious social media to distort any issue. When Neeraj, in an interview, mentioned this incident, social media was ablaze with stories of the skulduggery of the Pakistani who attempted to scuttle Neeraj’s chances. In this terrible time, when self-appointed custodians of patriotism and nationalism demand an anti-Pakistan stance in every matter, big and small, Neeraj Chopra, sportsman nonpareil, was scathing in his criticism of the trolling vultures in our midst.

Making it clear that Pakistan’s Nadeem did nothing wrong as the rules allow for common use, he lashed out at the trolls, asking them not to use him to further their vested interests and “dirty agenda”. What Bajrang Punia said in support bears repetition: “Whether the athlete is from Pakistan or any other country, he represents his nation. He is a sportsperson first. So, it’s not like we’ll say something against that person because he is from Pakistan. There should be respect for athletes.” Bravo!

There are humanists who believe that civility is a non-negotiable, essential virtue in any civilised democratic exchange. They argue that if human interaction is disrespectful, families and institutions will fall apart in a veritable hell of contentiousness. We would then also deny ourselves the chance of discovering elements of truth in the contrasting viewpoint. In this sense, civility is necessary for enabling debate and understanding an issue in its entirety. Such civil accommodation of a different opinion does not mean that people should lack conviction and passion. The Mahatma and Martin Luther King Jr showed that it is possible to be passionate, respectful and civil in dissent.

But is civility an unmitigated good and desirable at all times and in all contexts? C.S. Lewis had asked the rhetorical question: “Who does not prefer civility to barbarism?” At the other extreme is a quote attributed to Joseph Goebbels, the Nazi propaganda minister: “When I hear the word civility, I reach for my gun. We mean to take over – nicely, if possible but if that’s not possible, well, civility is not the highest of the virtues.”

An inevitable follow-up question is whether civility can or should be sustained in the face of relentless boorishness from the opponent. To give a recent example, the unevenness of the battle between loutish conduct and civility was on naked display in the public square during Donald Trump’s four years as President of the USA. Trump’s actions and words were a desecration of every human value and norm of civil behaviour. His political stance stemmed from the premise that crass and insulting behaviour disturbed the composure of his opponents and galvanised his bigoted supporters,

“When they go low, we go high” was the noble response espoused by Michelle Obama during the bruising 2016 US Presidential campaign, an eloquent call to combat incivility with civility and boorishness with decency. But in the end the comparative politeness of the Democrats cut no ice, and Trump won. What he proved in 2016 is that you don’t have to be a nice and courteous man to succeed in politics. The election results also underlined the brute fact that just being nice is not good enough as an ethical or political attribute for ensuring wide acceptance.

Bereft of any moral scruples, the inherently uncivil individual has no qualms demanding civility of others. Trump, who incessantly attacked the “fake” media and his political opponents, actually had the sheer gall to publicly declare that it was the news media’s job “to set a civil tone”. This was former President Obama’s withering put-down: “I’m hoping you think it’s wrong to hear people spend years vilifying people – and then you are suddenly concerned about civility? Please!”

Politics has been described as war without the guns, though even the “sans gun” thesis would be disputed by the likes of Mukhtar Ansari, Raja Bhaiya and other “strong men” of Indian politics. In the soiled world of the politician, there is always the suspicion that civility is merely a means to achieve certain objectives rather than the ex

The Prime Minister attacked the Opposition, accusing it of not allowing Parliament’s monsoon session to function. He virtuously observed that the repeated adjournments were disrespectful and “an insult to the Constitution, to democracy and the public.” But he gave no explanation for the Government’s obdurate refusal to discuss the explosive Pegasus revelations, the Rafale scandal and the ongoing farmers’ agitation which were what provoked the repeated disruptions. The PM’s outrage was, in fact, a stunning display of sanctimonious hypocrisy, considering that the BJP is the party that has disrupted Parliament’s proceedings most often in the last five decades.

Two of the BJP’s finest parliamentarians, the late Sushma Swaraj and Arun Jaitley, were unabashed advocates of disruptive tactics in Parliament when in the Opposition. Here’s one of Jaitley’s gems of wisdom in 2012: “Parliament’s job is to conduct discussions. But many a time, Parliament is used to ignore issues and, in such situations, obstruction of Parliament is in favour of democracy. Therefore, parliamentary obstruction is not undemocratic.”

For the record, this Government, while beating its breast about the recent disruptions in Parliament, exploited the pandemonium to get many Bills passed without discussion, which was unparliamentary and uncivil in the extreme. One is left wondering which side actually played dirty in this unseemly combat.

There is good reason to believe that our present-day world is becoming increasingly crass and uncivil. We now have swag but no grace, style but no substance, self-absorption but no compassion, and very little decency. Our parliamentary debates until the 1970s were meaningful, erudite and conducted with exemplary decorum and civility. Now we have obnoxious language, pushing and shoving and snatching of papers. The social media platforms are bastions of nastiness, falsehoods and invective The tone and tenor of our everyday conversation have lost that gentleness, the Lucknowi aadaab.

We have no qualms about swearing before children and who now cares to chivalrously open doors for women? Even that wonderful instrument for conveying love and affection – the art of letter-writing – has all but disappeared along with the postman, replaced by staccato, loveless emails. There once was a time not so long ago when we treated one another with far greater respect and civility than we do today. Call it, if you will, an old man’s blinkered nostalgic ranting because that’s what it is!

Looking to end this jeremiad on an optimistic note, I have perforce to turn again to the sporting world as it putatively remains the one arena where civility and decency prevail, at least to some degree. Sports aficionados will not ever forget the high drama and the incredible act of camaraderie displayed by Gianmarco Tamberi of Italy and Mutaz Barshim of Qatar in the men’s high jump final of the Tokyo Olympics 2021. Level at the end of the legal jumps, the two rivals were given the option to settle the tie with a cut-throat jump-off but they mutually agreed to share the honours, an act of solidarity and sportsmanship that reverberated around the world. Their sterling gesture offers a faint hope that civility and chivalry are not dead. As Desmond Tutu said, “Hope is being able to see that there is light despite all of the darkness.”