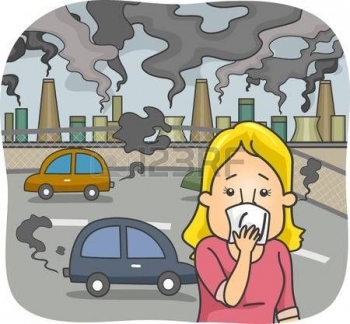 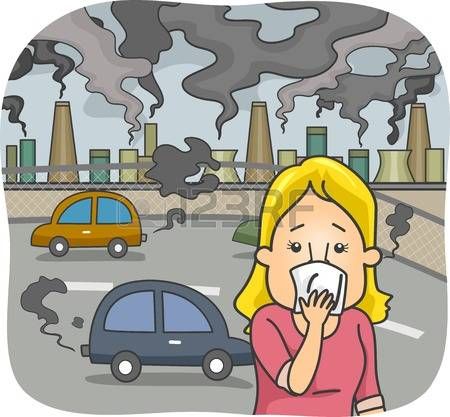 American President Donald Trump, whether by design or default, always seems to hog news headlines. Now with the electoral process almost nearing completion in the US to elect the next President this November 3, his political rhetoric is at its best.

However, during the final presidential debate on October 22, a rather off-hand comment made by Trump, labelling India as 'filthy' and its air as polluted, has literally created a social media firestorm.

Trump reportedly stated "Look at China, how filthy it is. Look at Russia. Look at India. It's filthy. The air is filthy. I walked out of the Paris Accord as we had to take out trillions of dollars and we were treated very unfairly".

With Washington officially having initiated the process of withdrawing from the global climate accord last year, the final exit date -  November 4, is just a day after the US Presidential election process ends.

Well, even though Trump ostensibly used this comment as a shield in line with his decision of June 1, 2017 to withdraw from the Paris agreement, the incident has seen several debates domestically.

With Donald Trump and Joe Biden representing Republicans and Democrats respectively who have been taking diametrically opposed stances on the climate agreement, which aims to cap global warming, the race for the White House is also being seen as monumentally important from a climate change perspective.

Joe Biden has been maintaining that he will ensure that the US re-commits to the global climate agreement at the earliest opportunity should he win the election, besides setting the country on a path to net zero emissions by 2050.

Formally endorsed by 190 of 197 nations (US, Iran, Iraq, Libya, Yemen, South Sudan and Turkey have not ratified the agreement) which includes India, the climate agreement reached at Paris in December 2015 with a view to curtail the emission of greenhouse gases, was to fully replace the Kyoto Protocol by 2020. But it has been put into effect much earlier than expected, in November 2016.

Under the Kyoto Protocol, an agreement signed in 1997, industries in developing countries were allowed to gain carbon credits that could be traded in specialised markets in Western exchanges by investing in emission-reduction technologies.

India accumulated millions of such credits but their value has crashed as several countries who had committed to the Kyoto Protocol had opted out and there were controversies about whether the credits truly reflected emission reductions.

Primarily, the goal under the Paris Agreement aims to avoid a 2-degree Celsius increase in average global temperature above pre-industrial levels. Ideally, the treaty seeks to limit this increase to 1.5 degrees Celsius.

India has pledged to produce at least 40 per cent of its power from non–fossil fuel sources and reduce its emissions intensity (emissions per unit of gross domestic product) by 35 per cent by 2030.

Research published this March indicates that air pollution kills 8.8 million people annually globally, which is more than smoking or war.

Notably exposure to air pollution may take a heavy toll on gut bacteria, boosting the risk of obesity, diabetes, gastrointestinal disorders and other chronic illnesses.

Use of fossil fuels is a major contributor to air pollution although vehicle manufacturers claim to bring out fuel efficient models.

Even a renowned brand like Volkswagen which was caught faking emissions levels in more than half a million vehicles, even as it made deceptive claims about its “clean diesel” fleet, had cost the company more than $30 billion in fines, penalties, restitution and lawsuit settlements.

Researchers from the University of Colorado Boulder in the US have found that the gaseous pollutant ozone - which forms when emissions from vehicles are exposed to sunlight - is particularly hazardous and had the greatest impact on the gut by far, accounting for about 11 per cent of the variation seen between study subjects - more of an impact than gender, ethnicity or even diet. While young adults exposed to higher levels of ozone showed less microbial diversity and more of certain species associated with obesity and disease.

If some news reports are to be believed, US’s air has turned cleaner in terms of particulate matter and ground level ozone pollution over the last four decades. The Clean Air Act of 1970 among others prescribed stringent exposure limits for various pollutants including fine particulate matter (PM2.5) which are tiny particles in the air. PM2.5 not only reduces visibility, cause the air to appear hazy when levels are elevated but is also a concern for people's health.

It is believed that deaths due to air pollution in the US fell by about 30% between 1990 and 2010 and PM2.5 emissions have been decreasing.

Various studies have found that global emissions continue to rise and in many regions of the world, future extreme temperature events depend on the current and future carbon dioxide emissions reductions adopted by major emitters. For instance if the US fails to limit its emissions, it may lead directly to extreme temperatures in Central Europe and eastern North America.

Carbon dioxide, nitrous oxide, and methane are gases that collect in the atmosphere and prevent heat from radiating from earth’s surface into space, creating what’s known as the greenhouse effect.

The Group of Twenty, or the G20, representing both developed and developing countries from every continent account for around 80 per cent of current greenhouse gases emissions. While China and the US are the biggest emitters of the historic carbon emissions, India and Indonesia have the lowest per capita emissions.

Although India is stated to be on its way towards achieving voluntary targets it has set for itself to curb emissions (it has reduced emissions intensity of GDP by 21 per cent and is “on track” to achieve the goal of emissions reduction as promised in Paris), the situation seems to get out of hand now and then.

According to the 2019 World Air Quality Report, India has 21 of the 30 most polluted cities in the world, where air quality can be as much as 10 times over the safe limits recommended by the World Health Organisation.

The State of the Global Air report has revealed that India had the highest exposure to particulate matter (PM 2.5) last year. Fourteen of the 20 most populous countries have recorded a gradual improvement in air quality, but India is among those with an increase in pollution levels.

Besides unfavourable meteorological conditions, farm fires in neighbouring regions is a cause for concern. As soon as the paddy crop is harvested between the first and last weeks of October in Punjab and Haryana, farmers sow the wheat crop from the first week of November until the middle of December. After paddy is harvested, a significant length of straw and stubble left on the field is burnt by farmers in order to quickly eliminate it and prepare the fields for sowing wheat.

Such burning results in huge clouds of smoke that rise up blow into Delhi, contributing significantly to its notorious wintertime air pollution. According to some estimates, farmers burned about 11 million tonnes of stubble in Punjab and Haryana, out of the 27 million tonnes of paddy stubble produced last year.

The judiciary and environmentalists too have been actively pushing the authorities to do more. Besides a National Clean Air Programme launched last year, there has been a switch to Bharat Stage VI vehicle emission standards.

More recently, the Centre has promulgated an ordinance to set up a commission to oversee research, identification and resolution of problems surrounding air quality index in NCR and neighbouring areas like Haryana, Punjab, Rajasthan and Uttar Pradesh besides making pollution a serious offence with a jail term that can go up to 5-year and Rs 1 crore fine.

The post-Covid-19 world presents several challenges globally and India is no exception. It needs to be appreciated that the economic effects of Covid-19 may get further complicated by the protracting phenomenon of climate change that stands as potentially the most dangerous impediment to development.

It is well known that the costs of climate change manifest as lower agricultural productivity, infrastructure inefficiency, and lower public health increasing disease vulnerability and productivity.