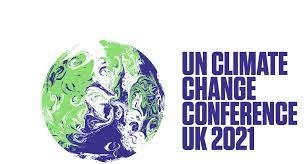 CLIMATE CHANGE: It’s over to the people

Such uncontrolled emission of greenhouse gases (GHG), which trap the heat in the atmosphere, has led to the melting of icecaps/glaciers, compression of weeks and months of rainfall into days and hours followed by prolonged periods of drought. Reports indicate that as oceans heat up, the change in temperature can destabilise air and water currents. Beyond typhoons, hurricanes and tornadoes, the monsoon itself may become erratic. Apart from losses in agriculture, increase in the prices of food, it can worsen hunger.

The impacts we are witnessing is just a tip of the iceberg but the writing on the wall is quite clear: much worse lies in store for us ahead, unless we quickly act to arrest climate change.

A lot of hope has been placed on the ongoing UN Climate Change Conference 2021 (or COP26) at Glasgow, United Kingdom. Well, with over 25,000 delegates, the deliberations at this meeting would discuss a plethora of issues including carbon credits, funding for countries vulnerable to climate change, gender, transport, practical solutions needed to adapt climate change etc.

In 2015, during the COP21 held at Paris, around 196 countries had agreed under the Paris Agreement to a new climate treaty to stop runaway climate change besides regularly review their pollution-reduction promises every five years and if possible, increase their targets. The intend is essentially aimed at ensuring the world stays on track to keep global warming below 1.5°C and move towards net-zero carbon emissions.

Studies have shown that the difference between 1.5 and 2 degrees Celsius can mean the submersion of small island states, the death of coral reefs, extreme heat waves, flooding and wildfires, and pervasive crop failure apart from many premature deaths.

In a nut shell, India has pledged at becoming carbon neutral or not adding to the amount of greenhouse gases in the atmosphere by 2070. Notably by 2030, India’s non-fossil energy capacity is to reach 500 GW and 50 per cent of energy requirements to be met with renewable energy. Total projected carbon emissions will be reduced by one billion tonnes from now to 2030 as also the reduction in carbon intensity to less than 45 per cent by 2030.

The way forward is to view every crisis as an opportunity. There are ample opportunities to save our planet and people have immense power to tackle climate change. Take for instance, Takachar, developed by Indian entrepreneur Vidyut Mohan is a cheap, small-scale, portable technology that attaches to tractors in remote farms. The innovation has won him this year’s Earthshot prize (One million Pounds), dubbed as the “Eco Oscars”.  The machine converts crop residues into sellable bio-products like fuel and fertilizer. If estimates are to be believed, farmers in India burn about 23 million tonnes of paddy stubble every year and the smoke travels to nearby places not only adding to toxic haze but endangering the health of hundreds of people. Using this technology obviates the need to burn agricultural waste as it reduces smoke emissions by up to 98 per cent.

14-year-old Vinisha Umashankar’s solar powered ironing cart is another invention worthy of mention. The Class 8 girl from Tiruvannamalai, Tamil Nadu whose innovation got shortlisted of the Earthshot Prize 2021 one day way back from school saw an ironing vendor dumping charcoal in the garbage. On researching the impact of charcoal, she was shocked to learn how it was harmful to humans as also the connection between charcoal and deforestation. Her solar powered cart replaces dirty charcoal with clean energy from the sun. Five hours of sunshine powers the iron for six hours.

Germany’s Hamburg reportedly is implementing an ambitious plan to make the city car-free within 20 years by developing a major green network of bike and pedestrian paths. The greenways are meant to improve resilience to floods and natural disasters, absorb more carbon dioxide and make the use of cars unnecessary.

After the 2011 Fukushima nuclear plant meltdown in Japan, caused by a massive earthquake and tsunami, efforts of the local community are on to have 100 per cent renewable energy by 2040 using solar and wind.

Necessity is the mother of invention. When the Organization of the Petroleum Exporting Countries raised their benchmark oil price by nearly 70 per cent and agreed to reduce oil production in October 1973, the world at large was adversely impacted. It ushered in one of the worst recessions the world had ever seen. Several industrialised countries were quick to introduce severe measures to ensure the economy did not grind to a halt but at the same time daylight saving measures were put in place to reduce the need for energy for lighting.

Denmark, considered as one of the most energy efficient countries, seized the opportunity to increase energy efficiency at the same time reign in carbon emissions. To save energy and reduce its dependency on imported fuels and consumers’ expenses for heating, Denmark made it mandatory for consumers or municipal cooperatives to own district heating. Around 64 per cent of all private Danish households are connected to district heating utilized for space heating and hot water combined. Denmark is also a pioneer in developing commercial wind power and today a substantial share of the wind turbines around the world are produced by Danish manufacturers and component suppliers.

Similarly, in Sweden, the oil crisis resulted in the wood pulp industry reducing its fossil fuel use by 70 per cent - most of the shift came from developing biofuels. More recently, Sweden delivered the world’s first shipment of steel produced without the use of fossil fuels, a major milestone on the road towards cutting carbon emissions from industry.

At a macro level, among other initiatives, the Indian Government is implementing the National Adaptation Fund for Climate Change under which, 29 projects in 27 States/UTs have been sanctioned for adaptation in agriculture, water, forestry, etc. As per India’s Third Biennial Update Report to the United Nations Framework Convention on Climate Change, India has achieved reduction of 24 per cent in emission intensity of its Gross Domestic Product (GDP) between 2005 and 2016, thereby achieving its pre-2020 voluntary target. Our net GHG emissions in 2016, including Land Use, Land Use Change and Forestry were 2,531.07 million tonnes carbon dioxide equivalent.

While many climate solutions require leadership from governments, the community at the society level can also play an important role to lower emissions.

These can range from better solid waste management, tree plantation, wetland restoration and adopting renewable energy. Transportation accounts for 23 per cent of human emissions globally.  For example, 14g of carbon dioxide is produced by a person for a km of train travel. For an average car it is 55g per person per km, 68g for bus travel, 72g for two-wheeler and a whopping 285g for travel by plane. With improved audio video communication facilities available, travel can be undertaken only if it’s is absolutely essential. There is an imperative need to curb one’s disposable habits by buying only what is needed. It reduces emissions from packaging and transportation. A small step by every individual can help combat climate change.