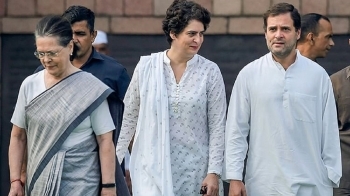 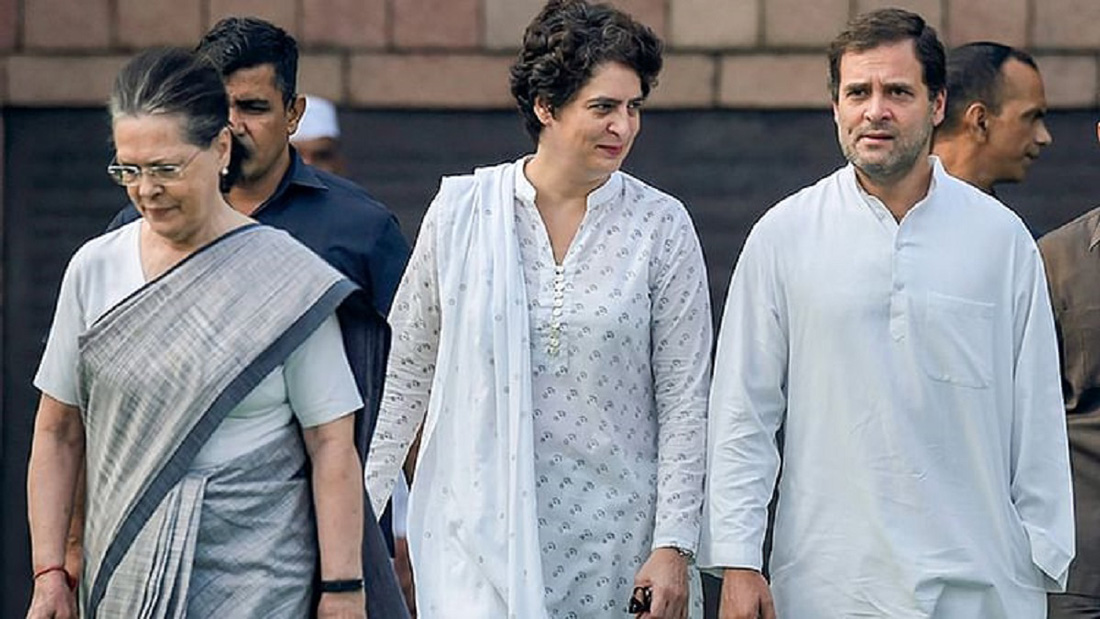 Writing in 1985, Salman Rushdie, in an essay titled “Dynasty”, expressed bemusement at the unanimity and speed with which the world’s largest democracy anointed ‘heir-apparent’ Rajiv Gandhi as Prime Minister within minutes of his mother’s assassination, wryly noting the jarring dissonance between democracy and dynastic entitlement. In the same piece, he reveals that at that time, speculation had begun on who – Sanjay and Menaka’s son Feroze Varun, or Rajiv and Sonia’s Rahul – would be the dynasty’s next candidate. With the benefit of retrospect, we know that the people of India resoundingly spurned dynastic rule in 2014. But tragically, the Congress party remains in thrall of the family.

It was a wise man who said that failure is not fatal but failure to change might be. The Congress party, shepherded by the dynastic trio, is now not only familiar with failure but has attained an unprecedented level of proficiency in it. One imagined that the party had touched rock-bottom in the 2019 Lok Sabha elections but since then, it has been humiliated in every single election, scoring zilch in the West Bengal Assembly polls, disgraced in UP, trounced by the AAP in Punjab, beaten convincingly by the BJP in Uttarakhand and Goa, despite the saffron party having to fight anti-incumbency and incompetence in both these States; not to forget the party ceding power pre-term in Madhya Pradesh due to defections.

The party has lots more to worry about. Despite the charismatic and articulate Priyanka leading an intense, high-voltage campaign in UP, the Congress vote share plummeted to 2.3 percent in 2022 from 6.3 percent in 2017, underlining the family’s disconnect from the people. The AAP has sensed that it is a more than credible alternative to the Congress in States where the latter is the main opposition to the BJP. It most definitely stopped the Congress from wresting power in Goa and is certain to at least do the same in Gujarat and Himachal Pradesh. Prashant Kishore, our election oracle, has already predicted a Congress rout in these two States. Now, there are angry rumblings of discontent in Rajasthan, Maharashtra and Chhattisgarh at the arbitrary nomination of the family’s courtiers as the Congress candidates to Rajya Sabha. Are these guys plain stupid or suicidal?

Never has a political outfit been more in need of a structural and ideological reboot than the rudderless Congress today but most despair about such a transformation ever happening despite the party being diagnosed with all the symptoms of a political outfit in terminal decline. To extend the use of the medical metaphor, the grand old party is suffering from a serious dysfunction that can best be described as anosognosia, which is etymologically a Greek term that roughly approximates to lack of self-awareness or delusional thinking. A person in the throes of anosognosia is hamstrung by an inability to understand or accept that he has a serious ailment even when repeated scanning yields the same negative result. According to expert psychiatric opinion, it is a condition that portends the onset of schizophrenia.

Ideologically schizophrenic in a pathetic attempt to be all things to all people for cynical electoral purposes, the Congress party has  run the full repertoire of opportunistic politics  -- gyrating from being the secular bulwark against Hindu fundamentalism to adopting soft Hindutva, caricatured by Rahul Gandhi’s brand of fatuous religious symbolism; steering clear of  the beleaguered Muslim community but contrarily showing an eagerness to ally with communal Muslim outfits at election time; adopting an equivocal stance on the abrogation of Article 370 and being invisible outside Parliament on the CAA. Even Congressmen don’t know the party’s stand on major issues but that’s to be expected when the family as power centre decides everything unilaterally.

A management student is taught that the single biggest way to impact and transform an organisation is to focus on leadership development. Ralph Nader, the great American political activist, went even further in stressing that the function of leadership “is to produce more leaders, not more followers.” Sadly, this foundational principle is alien to the Congress party where the leadership remains congealed around the dynasty. The present custodians of the Nehru-Gandhi legacy have shown, time and again, that they will never countenance a numero uno from outside the family. It is now blatant that the Congress party’s primary concern is the protection of the Gandhi family’s paramountcy and not the country’s interests or for that matter the party’s interest.

There were optimists who hoped against hope that the recent Chintan Shivir (introspection camp) would be a genuine endeavour at a full-blown transformation of the Congress party. These simpletons fantasized that finally the party would take an unblinkered, hard look at its many shortcomings because that’s the only road to reinvention. To invoke the wrathful line in the Bon Jovi song, the Chintan Shivir was a shambolic reiteration of “the same damn song with the same damn melody.”

If you need irrefutable proof of a party living in denial, please try to read that turgid apologia titled “Udaipur Nav Sankalp Declaration” that contains the gist of the deliberations at this talk shop. The rambling document kicks off with a tedious recital of the unmitigated achievements of the Congress party from Independence up to 2014. The most significant feature of this segment is the sycophantic focus on the Nehru-Gandhi dynasty, their sacrifices and achievements. The abject veneration of the family is revealed in this one priceless vignette introducing the achievements of the UPA government: “The collective leadership and vision of Sonia Gandhi, Manmohan Singh and Rahul Gandhi shaped an inclusive and empowered India.” Only a party of courtiers would endorse such an obscenity and let me tell you why.

During the UPA years, Rahul Gandhi was a general secretary of the Congress. His only achievement was the dramatic tearing of the Ordinance protecting convicted legislators from disqualification, by which act he publicly humiliated his own government. In sharp contrast to this schoolboy exhibitionist, Manmohan Singh was the PM who, despite being hamstrung by the meddlesome umpiring of the dynasts, had a fairly successful 10-year tenure, and yet he has been diminished by being slotted as a grudging add-on, sandwiched between mother and son.

In essence, the Nav Sankalp Declaration actually proclaims that there will be no substantive change in leadership or policy. It is of vital importance to note that in the Declaration, the word “Muslim” has been totally censored and there is no mention of the Gyanvapi mosque imbroglio, thereby diminishing the unspeakable plight of India’s largest minority. Regarding Dalits, although there was much bluster about providing reservation in the private sector, this much-needed reform finds no place in the Declaration. Of course, the strongest signal emanating from the Chintan Shivir is that the family that has turned a ship into a leaky raft will not let go of power, despite the indubitable fact that most people in the country and even within the Congress know that the Gandhis are the BJP’s trump card.

Acknowledgement of one’s own mistakes is a step towards curative redemption but there was no introspection on the culpability of past Congress governments in designing and misusing the most iniquitous laws that have now been exploited by the BJP to stifle democratic functioning and target opponents and dissenters. The dreaded UAPA which was initially conceived as an instrument to regulate and ban organisations, was upgraded as an instrument of torture by the UPA government. Other questionable laws sponsored by the Congress-led governments include the NSA, the J&K Public Safety Act, the PMLA, the anti-conversion law, the exclusion of scheduled class Christians and Muslims from the benefits of reservation. The UPA government had also grossly misused the Sedition law.

A few days ago, Prime Minister Narendra Modi told an international forum that his government was planning for the next 100 years. At home, he urged his party members to plan for the next twenty-five years. That’s something to worry about in a country that is in free fall economically and socially. Even as we wrestle with the cruel ineptness of the present regime and the likelihood of it continuing to rule indefinitely, we have Rahul Gandhi telling us that only the Congress has the vision, the ideology and the “centralised approach” (whatever that means) to take on the BJP. If the Congress is going to be positioned as the main opposition, we must all be prepared for a further 25-year rule by the BJP.

(The writer, a former civil servant, is Secretary-General of the Lok Janshakti Party (Ram Vilas). Views are personal)