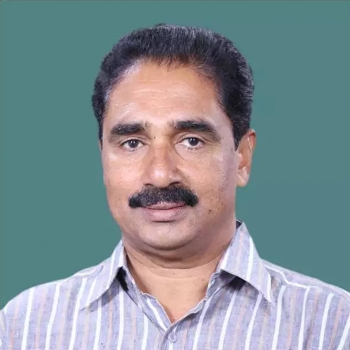 Corporates will fix rates, Govt. will have no role: Premachandran, MP

The Narendra Modi government’s ambitious National Monetization Plan (NMP) to raise Rs 6 lakh crore over the next four years has been termed as anti-people and anti-workers by the opposition parties, trade unions and experts. The plan was announced days after the Monsoon Session of Parliament ended. Political parties have accused the government of undermining the authority of Parliament.

Anju Grover for Indian Currents spoke to RSP MP N K Premachandran on the plan and its ill-effects. The Member of Parliament from Kollam in Kerala minced no words and squarely blamed the BJP-led government for ‘selling out’ national assets and get away from social responsibility towards the people. In effect, four or five big corporate groups with access to huge bank funds will bid for airports, ports, coal mines, gas pipelines and power generation projects for long term lease operations.

This could lead to massive wealth concentration even if the government remains nominally the owner. Common people will not be able to use rail, road, power, and telecom services at affordable rates once the corporates take over. He said the government was undermining the authority of Parliament.

Q: Your reaction to National Monetisation Plan as the government intends to raise Rs 6 lakh crore.
A: The government has not announced the lease conditions and the process including the period of the ambitious programme. The process of evaluation has not been explained. The past experience has shown that so far none of the properties given for a long-term lease has never come back to the government. It happened in my constituency.

Road, rail and power are part of basic human needs and are the most essential for people. If you give them to the private sector, that will affect the consumers in a big way. The long term lease means that the government is trying to withdraw from providing services to the people at an affordable rate. The worst-affected will be common people who will not be able to avail services like road, power and rail at affordable rate. In the name of lease, the government is selling assets of the country and indirectly withdrawing from its social responsibility. For everything people will have to pay more money.

Q: Congress party leader Rahul Gandhi hit out at the National Monetisation Pipeline and said that farmers, labourers and the unemployed were being demonetised. He said, “Farmers, labourers, unemployed youth, middle class and medium and small enterprises are being demonetised. Only 4-5 friends of PM Modi are being monetised.” Do you agree with him?
A: What Rahul Gandhi has said is absolutely correct. The BJP used to ask everyday what has the Congress government done during its rule? Now they are going to lease out Rs 6 lakh crore assets. The national infrastructure pipeline has seen a slow progress. Assets like railways, roads and power were built with the help of tax payers’ money. They will now be given to private players who will determine the tariff. Also only those private players will bid which have commercially viable financial standing.

Why no private player is coming forward to buy Air India? In case of railways, routes which are highly profitable will attract private bidders. It will mean that commuters will have to pay more for using rail services on these routes. People who paid taxes for the development of infrastructure assets will be able to use facilities at rates fixed by private players.  People will be forced to pay those rates. More so, lease conditions have not been spelt out.  The government will constitute a regulatory authority and the government will have no role to play in it.

Q: Left parties have hit out at the NMP announced by Finance Minister Nirmala Sitharaman, claiming that it is a plan to "sell" India's assets and it will be "disastrous".

A: I agree with them. There is a monopoly of 4-5 big corporates who can make huge investments. Big corporates like Adani and Ambani are capable of filing bid for these assets. The criteria will be formulated to help these groups only. There will be no job security and workers will be at the mercy of private sector bosses. The plan is silent on job security and conditions. Most of these institutions are being made out of statutes. For example, National highway authority of India was constituted by Parliament. The government did not announce the monetisation pipeline project in the monsoon session of Parliament. The government announced it after the monsoon session got over. The government has deliberately avoided placing the project on the floor of the House. The government is undermining the authority of the Parliament for vested interest.

Q: The Finance Minister blamed the Congress for selling out assets to private sector during its rule and accused it of receiving kickbacks as a point to defend National Monetisation Pipeline project.
A: The Congress government had done disinvestments during its rule and profit-making industries were privatised. We had opposed the government’s decision. But this government is selling out assets which take care of basic needs of common people.

Q: What will be your course of action on this issue?
A: We will oppose this project and will go the people. All the opposition parties should stand united and fight against the government’s ambitious project to sell India’s assets.