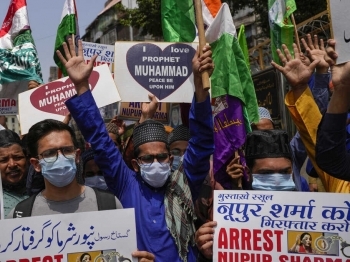 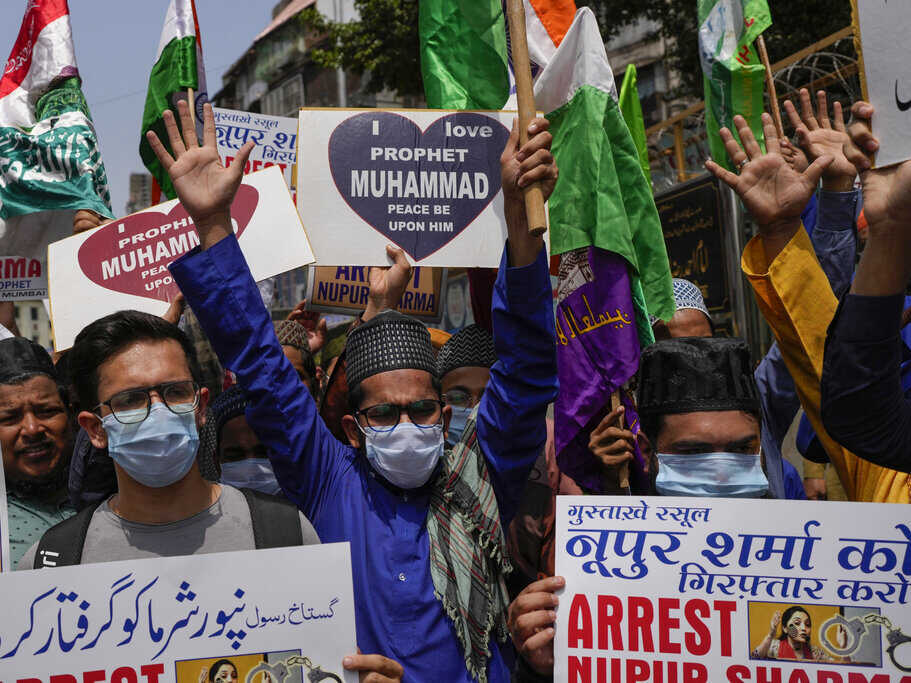 You all must have heard of a famous idiom in Hindi -- “muh se bola hua aur kamaan se nikla hua teer wapis nahi ata” (It is impossible to take back the words that you speak and the arrow that gets shot from the bow). What this means is, think before you speak. This is a very old saying and is commonly used in Indian households to guide children. There might be many versions of the same saying in other languages as well.

However, it seems that present-day politics does not abide by such words of wisdom. It is common to see people using obnoxious words on news channels while debating on a subject. Until our school days, we thought that a debate is a tool used for winning over the opponent by buttressing your argument with facts and presenting your opinion effectively to convince people listening to you. Unfortunately, those debates are things of the past.

We often see people using outrageous language at their highest pitch to make sure that others are unable to relate to what is being said by the opponent. To our dismay, most of our news channels have made this format a new normal. The louder an anchor is, the higher its rating would be! This is the formula that has been devised to make a channel successful, without realising that it may prove costly for a country like ours.

In one such debate, one of the renowned politicians from the ruling party lost complete control over her words. A lawyer by profession that too from the London School of Economics, Nupur Sharma, should have thought of the collateral damage her words might bring to the country. Her words about Prophet Mohammad spread like wildfire.

The TV channel was sensible enough to remove the explosive comments. But what about the role of the anchor, who contributed to the entire fiasco. When a news channel invites guests as panelists for a discussion, knowing well that such interaction may act as a fuel for the fire, why were they not extra cautious?

Of late, the country is witnessing a highly charged-up environment. People who stayed together happily, irrespective of the religion they followed, have suddenly started spewing venom against one another. The Kanpur violence is a case in point. Is this the way forward for achieving the dream of a $5 trillion economy? Is this how we wish to use our demographic dividend by forcing people to stand against one another?

The BJP might have disowned Nupur Sharma and Naveen Jindal, the man who supported her statement, by suspending them and calling them as “fringe elements” but is it easy to undo the damage? The neighbouring country Pakistan is trying to take advantage of the international rift that these words have created.

Qatar cancelled an event which was supposed to be attended by Vice-President Venkaiah Naidu. More than 15 countries, including Saudi Arabia, the UAE and Indonesia, have joined hands to express their anger against the Indian government. Campaigns have been launched in Kuwait and Qatar to boycott Indian products. Imagine the kind of economic shock India would be subjected to if Modi is not able to pull it out from this catch-22 situation.

All his diplomacy of hugging people and creating a friendly bond will go down the drain. The economic loss of a few minutes that was given to Nupur Sharma is expected to be phenomenal if Muslim countries continue to boycott Indian products or stop trade ties with us.The recently signed comprehensive economic partnership agreement with the UAE is expected to increase the trade between the two countries by $100 billion by 2026 from the existing $76 billion. In fact, UAE, Saudi Arabia and Iran are our top third, fourth and fifth trading partners. The Gulf Cooperation Council comprising Kuwait, Qatar, Saudi Arabia, Bahrain, Oman and the UAE has a trade value of $87 billion.

Not only this, we as a country, are highly dependent on some of these countries for meeting our energy demands. In a rage of anger, if they stop supplying oil, will we be able to find an alternative source? No. We are already facing the consequences of the Ukraine-Russia war. The fuel prices have touched new heights. In such a scenario, will we be able to absorb another energy shock at a time when most people in India are struggling to make both ends meet?

Not only this, Indians constitute 35 percent of the population in the UAE and 25 percent each in Qatar and Kuwait. Saudi Arabia has 1.5 million Indians. They own businesses as well as work over there. Imagine a situation where these people are asked to go back! Will we be able to tackle such a situation? What will happen to their families, who are surviving on their income? Many take huge loans and mortgage their assets to fulfil their dream of working overseas, thinking that they will be able to clear the dues from the increased family income.

Internally, such statements often create a volatile environment in the country. A riot-like situation was created in the BJP’s most-loved and sought-for state –- Uttar Pradesh. Religious insecurities have extended even to states like Punjab. The economic loss that the country faces due to such violence is estimated to be around 7 percent of the GDP. This is what the recent Global peace Index 2021 says! We were ranked at 135th position out of 163 countries last year on the index, showing how peace-loving we are.

We as children grew up listening to a song, which promoted peace and harmony among people. The song -– sun sun sun mere nanhe sun…. desh mein ganga bahe, pyar ki ganga bahe -- used to be telecast on Doordarshan. Various Bollywood actors acted in the song. This writer still remembers how soothing those words used to be. It did impact the mindset of children. We never bothered which religion our classmates came from. We respected each other’s beliefs and opinions. At least, this writer does not remember any fight that might have happened due to religious differences.

How we wish our political leaders understood that religious debates and extremist views not only affect the social fabric of the country but also its economic growth. People like Nupur Sharma should use their educational background for more productive work rather than triggering the sentiments of people and motivating them to adopt violent behaviour. While pursuing her Bachelors in law, she might have read various theories of criminology. In an attempt to grab brownie points, her comments have only instigated people to take the law into their own hands.

The pandemic has already created a huge income disparity. The richer have become richer and the poor poorer. This economic gap has only increased anger and discontent among the people at the bottom of the pyramid. We have still not recovered from the economic shock. Nor are we prepared to face another economic downfall.

It is high time that our leaders use their words for economic gains rather than short-term political gains. In the end, what matters is India’s prosperity and the people, who form this country, irrespective of the religion they follow or caste or creed they belong to, not a particular individual. It is important to sort out this issue in a diplomatic manner. The quicker the better!