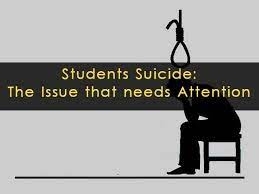 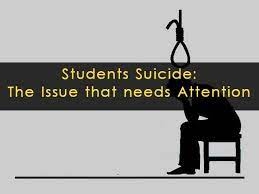 That as many as five school students, all aged about 17 years, hailing from either poor or lower middle-class families, have reportedly died by suicide in Tamil Nadu in the last two weeks is shocking.

To cut the story short, as per media reports, the parents of the deceased Kallakurichi student suspecting foul play, protested for justice along with some locals, sought action against the school and refused to receive her mortal remains. What is rather disconcerting that the Sakthi Matriculation Higher Secondary School incident took an unprecedented turn on July 17 and turned out to be the epicentre of violence and vandalism.  As many as 170 classrooms were damaged, 500 ceiling fans destroyed and cracks are said to have developed in the school building. Stones pelted at policemen injured many of them including a DIG and SP. Several vehicles parked in the school premises including that belonging to the police were set on fire. More than 300 persons have since been taken into custody for arson and rioting. The School Secretary, Principal, school correspondent and two teachers have been sent to 15 day-remand. The District Collector and District Superintendent of Police have been transferred following the violence.

Meanwhile, the Madras high court, while hearing the plea of the deceased Kallakurichi girl’s father ordered for a second post-mortem and maintained that every suicide of a student inside an educational institution must be handled by the Crime-Branch Crime Investigation Department (CB-CID) and the post-mortem should be conducted by a team of three Doctors which must be video graphed. The victim’s father unsuccessfully moved the Supreme Court seeking repeat post-mortem by including one forensic expert of their choice a plea which was earlier, declined by the Madras High Court. The victim’s body was received by the parents on 23 July and last rites performed in their native village.

The Special Investigation Team (SIT) which has since been constituted as per the directions of the Madras High Court is expected to unravel what happened during the arson and rioting in order to identify and book the violators.

Against the backdrop of the spate of student suicides, Tamil Nadu Chief Minister Mr MK Stalin has flagged off a mental health awareness drive for school students. Ostensibly aimed at reducing mental strain arising out of academic pressure under the proposed “Manavar Manasu” scheme, nearly 800 doctors will be appointed in the State to visit schools and offer psychiatric counselling to students.

The move is laudable as well as timely as the number of youngsters resorting to ending their lives prematurely is on the rise.

Suicide is of global public health importance and is currently the 10th most common cause of mortality resulting in the loss of approximately one million lives every year. Among young people, suicide is estimated to contribute to 6 per cent of all deaths worldwide.

The first-ever National Mental Health Survey, which was conducted in 2016 by the National Institute of Mental Health & Neuro Sciences had concluded that nearly one per cent of the population in the country (70 lakh to 1 crore people) suffered from reported “high suicidal risk”.

The Survey further suggested that for every one person who had committed suicide, there were at least 15 people who at some point of their lives had attempted suicide and 200 others who had harboured thoughts of suicide”.

Most importantly, among the vulnerable population, 30 per cent were at risk of committing suicide due to co-occurring mental illness.

Although the rest did not report any co-morbid mental disorder, they were at high risk because of reasons such as failure in relationships, academics, finances and complication in their personality.

Commendably with the enactment of the Mental Healthcare Act 2017, and the decriminalisation of suicide, the intent is to transform mental healthcare in the country.

So, is social stigma preventing many patients from seeking medical help.

Countering suicide risk means we need to have the requisite infrastructure.

Do we have it?

That suicides in India rose to an all-time high of over 1.5 lakh in 2020, as per the National Crime Records Bureau, is worrisome because the number of psychiatrists, counsellors and mental health facilities to cater to patients is woefully inadequate.

According to official statistics, during the period 2017-2019, there were 61,408 cases of suicides committed by the youth in the 14-18 age group reported in the country.

That is, on an average, 51 percent male and 49 per cent female committed suicide and the leading causes were 1) family problems, 2) failure in exam, 3) illness, 4) love affairs, 5) unknown causes, 6) other causes and 7) marriage related.

For instance, when individuals feel that life doesn’t seem worth living anymore, they may seem that the only way to find relief is through suicide. When one is feeling this way, it may be hard to believe, but there are other options and research seems to suggest that for a moment, we need to separate our emotions from our actions.

It needs to be appreciated that suicidal feelings arise largely due to depression/hopelessness, and one needs to think with a calm mind of other options instead of suicide even though one may not be able to visualise them immediately. The cause of concern is that most people struggling with suicidal thoughts and behaviours do not receive treatment.

The family at the household level can work wonders in identifying depression which is a common disease related to people's moods.

As the common symptoms of depression range from sadness, to lack of motivation to do things etc., these need to be nipped in the budding stages itself.

Since suicide has emerged as a major cause of death from non-communicable disease, there is an imperative need for its timely prevention.

It is important to quickly contact a mental health professional/institution so that the affected family member can receive specialised professional care in the early stages itself.