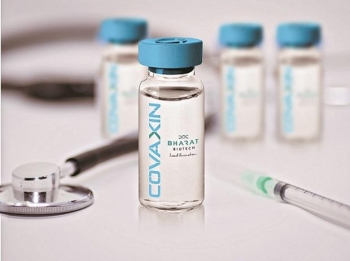 The old phrase “don’t count your chickens before they hatch”, is the hallmark for the recent controversy that emerged from the newly invented coronavirus vaccine in India. Instead of celebrating the invention, eyebrows have been raised over the ‘hurry-burry’ permission granted for an under-trial vaccine. How can one pronounce the discovery before the clinical trials come to an end? One can apprehend or claim to be successful, but to implement it upon the general public before the trials are over is a deadly move. Is it a marketing strategy or a ‘mind game’ before the game is over?

The controversy erupted after the Drug Controller General of India (DCGI) VG Somani announced that the vaccines of Serum Institute of India (Covishield) and Bharat Biotech (Covaxin) have been granted permission for restricted use in an emergency situation. The Subject Expert Committee (SEC) was appointed by India’s drug watchdog, Central Drugs Standard Control Organisation (CDSCO), to advise and make recommendations to the government regarding Covid-19 vaccines. Covishield, a Recombinant Chimpanzee Adenovirus vector vaccine, has an efficacy of 70.42%, costs Rs 200 per dose, and works on 2-8 degree temperature, with interim safety and immunogenicity data of Phase II/III trials. Serum Institute in Pune is manufacturing the Oxford University-AstraZeneca developed vaccine in India.

Covaxin, a home-grown Whole Virion Inactivated Corona Virus Vaccine, 22,500 out of 25,800 participants vaccinated in Phase III trials, was found to be safe as per the data available. Bharat Biotech in collaboration with the Indian Council of Medical Research (ICMR) and National Institute of Virology (NIV), Pune, indigenously developed the vaccine in its Hyderabad lab. The vaccine costing Rs 100 per dose works at 2-8 degree temperature and has a 60% efficacy. Meanwhile, Zydus-Cadila’s nCov-Vaccine using DNA platform technology has been allowed to conduct Phase III clinical trial in 26,000 Indian participants. Comparatively, Pfizer vaccine has 95% efficacy, costs Rs 1,500 per dose, works on mRNA system and is stored on a minus 70 degree centigrade temperature.

Experts are concerned over the nod given without any efficacy data, in violation of standard clinical practice. While some scientists said that the data from Phase I and Phase II trials look encouraging, they raised questions over the process of approval when efficacy data from the vaccine’s Phase III trial had not come in. Political parties in Opposition have come out and slammed the Central Government for approving Covaxin even before its third phase is over. The rush for marketing Covaxin and the self-reliant (Atmanirbhar) approach to boast upon has created doubts in the minds of common people.

The credibility of Biotech Company, which has manufactured 16 vaccines in the past, is now at stake. It conducts clinical trials not only in India but also in many other countries. It was the first to identify Zika virus and file a patent for Zika and Chikungunya vaccines. It is the only company to have a Bio Safety Level-3 (BSL-3) production facility. No doubt, the Indian company will have more concern for its people, whereas the foreign company may have a vested interest to make profit alone. Covaxin is the object of national pride and trust, along with the die-hard scientific hopes of Indian scientists.

Covaxin is made of an inactivated vaccine, meaning the vaccine is made up of the virus that has been killed and can no longer cause infection. When injected into the body, immune cells can still recognise the virus, even though it is inactivated, which is what triggers an immune response. The vaccine was made by the NIV by isolating an Indian strain of the virus. The data showed that the vaccine was safe with no serious adverse effects having been observed. The study also “hypothesized” that T-cell and B-cell immunity generated from the vaccine may persist until at least 6-12 months after the second vaccination dose.

Biotech Chairman and Managing Director Dr Krishna Ella informed that the company has 20 million (2 crore) of Covaxin doses right now and is aiming to manufacture 70 crore by year end. The company has sent 50 lakh doses for testing at the country’s apex laboratory, Central Drugs Laboratory (CDL), Kasauli. The testing at CDL is a mandatory process for vaccines before the final rollout.

Earlier, Haryana Health Minister Anil Vij was administered a jab of the Bharat Biotech’s COVID-19 vaccine on November 20, but was tested positive for Covid-19 and rushed to a private hospital in a critical condition. The minister had offered to be a volunteer in the Phase III trials of Covaxin. However, Biotech issued a statement maintaining that clinical trials of the vaccine are based on a two-dose schedule, given 28 days apart; its efficacy will be determined two weeks after volunteers receive the second dose.

Terming the entire episode as “disgraceful to politicise”, Health Minister Dr Harsh Vardhan explained that Covaxin, which is based on whole inactivated virus, is likely to have efficacy similar to gene encoding spike proteins – over 90%. Moreover, he added that Covaxin is more likely to work against newer variants like N501Y Variant (UK variant) and any other variants. Citing Phase I and Phase II data, Dr Vardhan stated that no adverse effects were seen after the clinical trials. He also clarified that Covaxin was given a different approval, i.e ‘clinical trial mode’, wherein all Covaxin recipients will be tracked, monitored as if they are in trial.

Unlike in the past, where we had to rely on importing various products like PPE or N95; now we have vaccines which are being manufactured in India itself, which is a matter of pride for the science fraternity. Test kits, for the detection and surveillance of Covid-19 cases, procured by the ICMR from China, from Chinese vendors approved by Chinese authorities, were found faulty. Too many variations were reported in results of rapid (anti-body) test kits and RT-PCR (reverse transcription – polymerase chain reaction) kits, which led to the cancellation of the deal with China. The foul play and the extreme moves, even at the cost of life, are still fresh in the minds and hearts of the people.

The government has stated that the first phase of the vaccination drive will be free, including one crore healthcare workers and two crore frontline workers. The aim will be to vaccinate 27 crore priority beneficiaries until July. Ahead of the actual vaccination drive, the Ministry of Health on January 2 conducted a nationwide mock drill at 285 session sites to test the end-to-end planned operations and the mechanism that has been set up to ensure smooth conduct of the Covid-19 vaccination that is expected to begin soon. The digital platform, Co-WIN, would be the real game changer, as it would provide real-time information of vaccine stocks, their storage temperature and individualised tracking of beneficiaries of the Covid-19 vaccine.

The entire scenario could also be a deliberate move of ‘mind game’ with a hidden agenda to weaken the Indian vaccine and the scientists. The mathematical supermodel of Department of Science and Technology being used to forecast the dynamics of the Covid-19 pandemic in India has predicted that nearly 90 crore people may have already been exposed to the SARS-CoV-2 virus. That means the virus is washing through our population. Does that also mean that our bodies have developed the antibodies to fight against the coronavirus? Could that be one reason why the vaccine companies are in a hurry to inject their products?