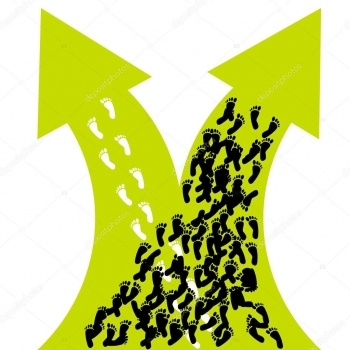 Created in the Image of God 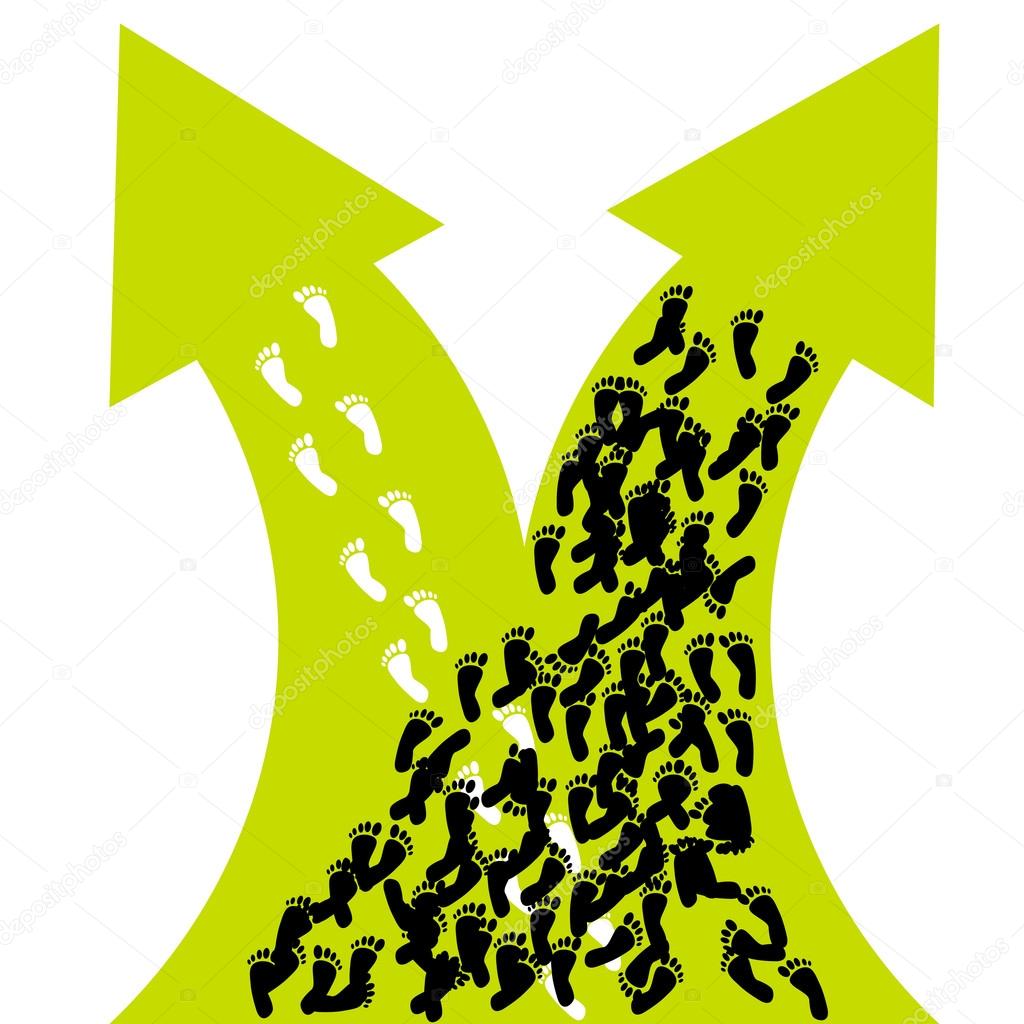 According to the book of Genesis of the Old Testament, chapter 1:27, God created human beings in his own image. It could mean that human beings share the qualities of God and each human being is a reflection of God. The Bible also says through the story of the expulsion of Adam and Eve from paradise that something went wrong with human beings. Even though human beings share the qualities of God, he/she can do wrong things and become a block in reflecting the image of God. Three prominent implications of the statement, “So God created man in his own image…” (Genesis 1:27) could be UNIQUENESS, CREATIVITY and FREEDOM.

As God is unique, each human person is unique. It is extremely difficult to find two persons exactly alike in appearance, behaviour, character, thoughts etc. There are 7.8 billion people in the world; but two persons are not exactly alike. Each human person is unrepeatable. A person like me is not there in the world, was not there and will not be there. What does it mean? Each human being has to make a unique contribution to this world which no one else can.

There is a very pertinent saying in a Hindi movie, Iqbal. Iqbal, a deaf and dumb boy, wants to become a member of the Indian cricket team. But his father is deadly against the cricket game. Due to the passion and commitment of his coach, Iqbal gets a chance to play in the qualifying match. But his father gets angry and strictly forbids him from playing cricket and going for any coaching. The coach confronts the father of Iqbal and says, “Ham sab is duniya me kuch khas kam keliye bheje gaye hai” (All of us are sent into this world to perform a unique task).

All those who have left a legacy in this world are those who succeeded in discerning their uniqueness, unique capacities and talents and developed them in view of making a unique contribution. Unfortunately most of the people try to copy others and as a result they fail to discern their uniqueness. In other words, failure to identify uniqueness could be the reason for copying. “Copying is an insult to God; by copying God’s unique creation is distorted”, writes Fr. Varghese Alengaden in one of his books. Moreover, copying often leads to competition, jealousy and conflicts.

Religiosity often imposes uniformity. Autocratic leaders often impose uniformity and try to kill the uniqueness of others so that no one dares to challenge his/her authority.  On the other hand, spirituality upholds, celebrates and promotes uniqueness.

The second implication is that human beings participate in the creativity of God. The basic difference between humans and other creatures is creativity of the former. The scientific discoveries, revolution in information and communication technology and the various facilities the mankind enjoys today are the result of the flowering of the creativity of human beings. “There is no doubt that creativity is the most important human resource of all. Without creativity, there would be no progress, and we would be forever repeating the same patterns,” said Edward de Bono. Creativity requires an environment conducive to experimenting, growing, taking risks, breaking routine practices and having fun. According to Maya Angelou, one can’t use up creativity. The more one uses it, the more he/she will have it.

(1) Freedom of speech and ex

(2) Freedom to assemble peacefully and without arms

(3) Freedom to form associations and unions

(4) Freedom to move freely throughout the territory of India

(5) Freedom to practice any profession and

(6) Freedom to reside in any part of the country.

Religiosity that is based on ritualism, legalism and institutionalism is an impediment to the growth of the three gifts God has given to all human beings: uniqueness, creativity and freedom. Some religions originated as movements against religiosity. The movement Jesus started was a new way of life based on certain core values as mentioned in the Sermon on the Mount. Jesus was a vehement critique of the rituals, traditions and laws that did not promote life and he violated them. He rejected ritualism that did not make people spiritual. The Renaissance that took place between the 13th and 17th century was a reaction to the distortions that took place in Christianity.

Jainism and Buddhism were started as reactions to Vedic Brahmanism. Towards the end of the Vedic age, the Vedic Brahmanism became meaningless observance of a series of religious rites and performances which were both complex and unintelligible to the common people. Submission to the Brahmanas, performance of Yajna through the priests, animal sacrifices etc were considered to be the best method of the following religion. Hatred towards the lower classes of the society was not considered to be wrong. In fact, violence to life and hatred towards men went side by side with the performance of elaborate religious rites and Yajnas. According to scholars, the independence of thought initiated by the Upanishads and the Aranyakas led to the rise of protestant religions called Jainism and Buddhism. Later developments in Jainism and Buddhism show that the later followers of these two religions adopted many aspects which were rejected by the originators of these two religions.

Organized religions, controlled by the priestly class, in general have tried to impose on people religiosity which hampers growth in uniqueness of individuals, creativity and freedom. When these three qualities are developed in people, they will start questioning many religious beliefs and practices, which the religious leaders do not want. In all religions, reformers appeared when religions began to sink into the abyss of ritualism and legalism to the negation of spirituality. Jesus tried to reform the Jewish religion by reviving spirituality that promotes creativity, individual dignity and freedom.

Contemplation and Knowledge are essential requirements for discerning one’s unique qualities and capacities, for growing in creativity and innovation and for responsible use of freedom. In the absence of reflection or contemplation and enhancement in knowledge, any number of devotions and vocal prayers may not help a person to be creative and discern and assert his/her uniqueness. Jesus is a role model of a leader who used contemplation for discerning his uniqueness, developing creativity and using freedom responsibly. There are many references in the Gospels to Jesus going to the mountains or lonely plays to pray, but no reference to Jesus’ participation in a community prayer. There are also several references of Jesus going to the temple, to teach people. As we understand from the Gospels, Jesus’ prayer was contemplative, a dialogue with his Father and himself in relation to the context in which he lived and the issues and challenges he confronted. His creativity, sensitivity to the people, extraordinary courage and determination emerged as a result of his contemplative prayer.

Often people, irrespective of the religion to which they belong, do not grow in spirituality due to the lack of knowledge and contemplation. A large number of them are satisfied with devotions, rituals and oral prayers. In fact spiritual growth requires advancing from bhakti marg and karma marg to gyan marg and dhyan marg in order to become a karmayogi like Jesus. Religiosity often keeps people stagnant in the realm of bhakti marg and karma marg.

Universal Solidarity Movement (USM) Indore has been organizing Christo Centric Leadership Retreat for bishops, priests and Religious for more than a decade. This retreat focuses on how to become a visionary and authentic leader on the model of Jesus of Nazareth through contemplation and enhancement of knowledge about the socio-political context. The retreat is designed in such a way that the participants make a pilgrimage with Jesus by reflectively watching the movie JESUS OF NAZARETH produced and directed  by Franco Zeffirelli. The purpose of watching the movie is to grasp the person of Jesus, his vision, mission and the New Way or the spiritual movement he started which began to be called later ‘Christianity’. The movie wonderfully depicts how Jesus became a spiritual leader, how he responded to the needs of the people, how he confronted the challenges of his time and society.

The pilgrimage with Jesus is followed by an analysis of the socio-political and religious context of India and the world through different input sessions and watching the movies like Dev (based on Gujarat riots of 2002) and Dharam. The third part of the retreat is how to respond to the context as the disciples of Jesus. This part also includes input sessions and showing movies like Gandhi and Dhan Dhana Dhan Goal. At the conclusion of the retreat each participant prepares a personal report depicting what the main insights, learning from the retreat were and the resolutions made in order to sustain the impact of the retreat in the days to come. All participants invariably make a resolution in their personal report to devote one hour daily for personal prayer/contemplation and set apart fixed time for reading books and newspapers and news magazines daily.  These two resolutions are in view of growth in gyan marga and dhyan marga.

In short, the success of the life of a disciple of Jesus consists in realizing the vision of God for each person through the discernment of his/her uniqueness, growing in creativity and making use of freedom with responsibility. This process requires daily contemplation and enhancing knowledge through reading, exposure visits and participating in seminars and workshops etc.