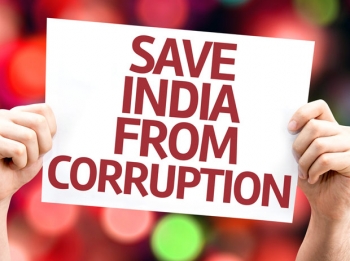 Cycle of Corruption : Can we put an end to it? 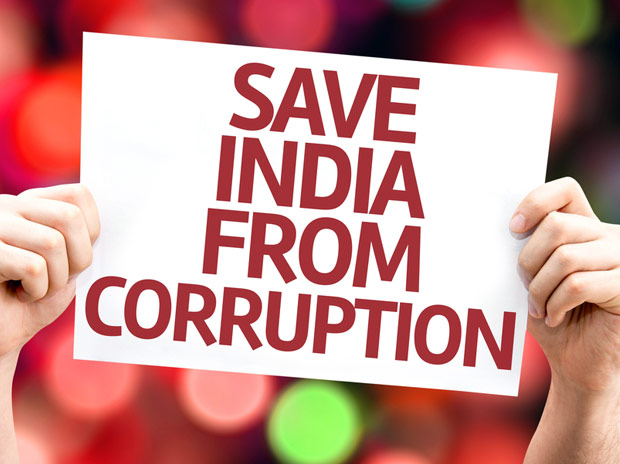 Is there any solution to a complicated problem like corruption? No easy answers.

Well, it is a big menace which has to be eradicated.

If an estimate made by Global Financial Integrity, is to be believed, as much as $1 trillion vanishes from the developing world’s economies every year.

Yes, corruption obviously is the cause as there are black sheep everywhere.
Certainly you cannot cheat all the people all the time and time and again the unlucky ones seem to get caught red handed as it happened a few days back when the nation observed the birth anniversary of Sardar Patel, more popularly known as the Vigilance Awareness Week.

Every year, the Central Vigilance Commission (CVC), created in 1964 to address governmental corruption, observes the occasion during the week in which the birthday of Sardar Vallabhbhai Patel (October 31) falls urges the citizens to shun corrupt practices. Lakhs of government and public sector employees participate in the Integrity Pledge taking ceremony to their commitment for highest standards of honesty and integrity at all times and to support the fight against corruption.

But what did a 59-year-old Tehsildar in Kota, Rajasthan who was to retire in about two months do. The State Anti-Corruption Bureau (ACB) apprehended the corrupt official while he was taking a bribe of Rs 25,000/- from a farmer. He had allegedly demanded Rs 50,000/- as a bribe for measurement of the farmer’s agricultural land.

After Justice Pinaki Chandra Ghose was appointed as the chairperson of Lokpal, India’s apex body to inquire and investigate into allegations of corruption against public functionaries, a total of 55 complaints, including three against Members of Parliament have been reportedly received by it between April and September period of this fiscal. Of the total complaints, 22 were against Group A and B category central government officials, 26 against chairpersons, members and employees of different boards/corporations/autonomous bodies wholly or partially financed by the Centre and four were in other categories. Lok Pal closed 28 complaints after preliminary examination and ordered preliminary inquiry into 13 complaints — 12 by the CVC and one by CBI. Similarly during 2019-20, Lok Pal received a total of 1,427 of which 613 were related to state government officials and four against Union ministers and members of Parliament. 245 complaints were against central government officials, 200 against those in public sector undertakings, statutory bodies, judicial institutions and autonomous bodies at central level and 135 were against private persons and organisations. There were six complaints against state ministers and members of legislative assemblies and four against Union ministers.

In India there are adequate laws to tackle corruption. Even in private organisations an ethics committee is to be in place in order to ensure transparency. Let’s briefly revisit some of the observations made by the Supreme Court while deciding corruption related cases.
In Subramanian Swamy versus Manmohan Singh and another (2012), the Apex Court observed that “Today, corruption in our country not only poses a grave danger to the concept of constitutional governance, it also threatens the very foundation of Indian democracy and the Rule of Law. The magnitude of corruption in our public life is incompatible with the concept of a socialist, secular democratic republic. It cannot be disputed that where corruption begins all rights end. Corruption devalues human rights, chokes development and undermines justice, liberty, equality, fraternity which are the core values in our preambular vision. Therefore, the duty of the Court is that any anti-corruption law has to be interpreted and worked out in such a fashion as to strengthen the fight against corruption...." In K.C. Sareen versus C.B.I.(2001) it stated “Corruption by public servants has now reached a monstrous dimension in India. Its tentacles have started grappling even the institutions created for the protection of the republic. Unless those tentacles are intercepted and impeded from gripping the normal and orderly functioning of the public offices, through strong legislative, executive as well as judicial exercises the corrupt public servants could even paralyse the functioning of such institutions and thereby hinder the democratic polity...." In Manoj Narula versus Union of India (2014), the Court maintained that “corruption erodes the fundamental tenets of the rule of law…. It can be stated without any fear of contradiction that corruption is not to be judged by degree, for corruption mothers disorder, destroys societal will to progress, accelerates undeserved ambitions, kills the conscience, jettisons the glory of the institutions, paralyses the economic health of a country, corrodes the sense of civility and mars the marrows of governance.”

What about petty corruption? Although the judiciary has held that the punishment should always be proportionate to the gravity of the misconduct, when it comes to deciding cases of corruption or misappropriation, the strong message that has been sent is dismissal from service. The Supreme Court, while ordering dismissal of an municipal corporation employee who was involved in petty corruption in Municipal Committee, Bahadurgarh versus Krishnan Bihari and others, held that, in a case of such nature - indeed, in cases involving corruption - there cannot be any other punishment than dismissal. Any sympathy shown in such cases is totally uncalled for and opposed to public interest. The amount misappropriated may be small or large; it is the act of misappropriation that is relevant."

More recently, a Division Bench of the Madras High Court, while hearing a case in which a petitioner who sought additional facilities for the benefit of farmers like adequate centres in government to procure paddy directly from farmers also alleged that officials took a bribe of Rs 40 for a bag of paddy in procurement centres. The Division Bench noted “…People are compelled to accept corruption as normal one. Corruption has become deep rooted and has spread like Cancer. Every day, it is reported in the media that many officials are caught red handed, while taking bribes. Hence, the punishment needs to be enhanced. Therefore, this Court is of the view that there should be a re-visit and the Act should be strengthened and stringent penalties should be imposed to curb the menace of corruption. The Central Government may consider imposing punishment, such as, “hanging” or “death penalty”, for corrupt practices or for demanding and accepting bribes, like in China, North Korea, Indonesia, Thailand and Morocco.

Various studies have shown that the use of information and communication technologies provides a new approach to create transparency and promote anti-corruption, leading to improved transparency and accountability in the functioning of public organisations. Further, most of the principles of good governance are expressed in the roles of e-government, where the focus is on transparency, openness, citizen participation, effectiveness, efficiency, accountability etc. That electronic government initiatives have reduced corruption worldwide is encouraging. From data analysed for about 187 countries over a period of six years (2002-2005 and 2008).

In India, several efforts have been attempted to eliminate corruption and many seem to be paying rich dividends. Notably, as a part of Digital India Initiative, several technological interventions like for instance “Government e-Market place” (GEM) are intended to establish contactless, paperless, cashless system of public procurement by bringing transparency, fairness and competition

Can we put an end to corruption? Certainly. It is an onerous task, but the fight must go on.

While anti-corruption approaches which strengthen democracy will certainly go a long way in exterminating corruption, it also merits consideration to take a leaf from New Zealand which has succeeded in curbing corruption through good governance.