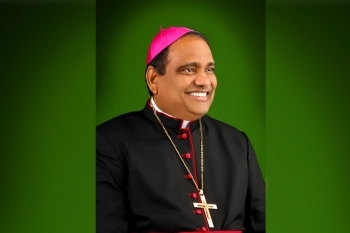 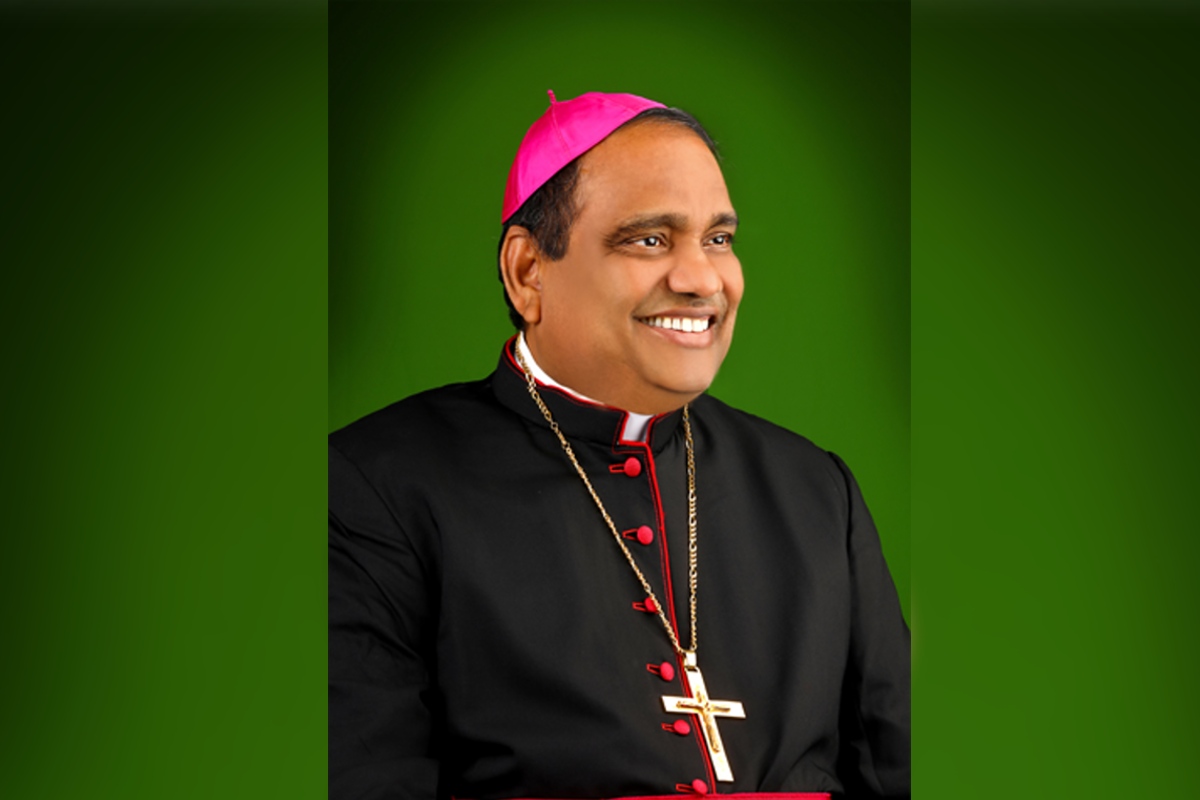 Pope Francis sprang a big surprise by elevating Archbishop Anthony Poola of Hyderabad to College of Cardinals along with 20 others on May 29.

“I could not believe it and I had not even dreamed about it. There had been no prior intimation or consultation before the announcement.” This frank reaction of 60-year old Cardinal designate Archbishop Poola to me as correspondent of the National Catholic Register of the EWTN shows how Holy Father has decided to address the simmering issue of discrimination against the Dalit Christians in the church.

“It is an honor for the Indian church and for the majority Dalit Christians in the country. I am grateful to the Holy Father Francis for choosing me and giving me an opportunity to serve the poor,” acknowledged the Cardinal elect who heads Hyderabad Archdiocese, capital of Telangana.

Keralites might have forgotten the brutal and crippling social ostracization and discrimination that had been meted out to the Dalits decades earlier. But it is worth recalling the cruel heritage behind the discrimination against Dalits, sanctioned from the Vedic times.

Dalit’ literally meaning ‘trampled upon’ refers to low castes, treated as ‘untouchables’ in caste-ridden Indian society. The Dalits have to eke out a living by carrying out menial jobs like scavenging while living in segregation from upper castes in rural areas. That explained why, post covers used to carry even in early 2000s Mahatma Gandhi’s message: “Untouchability is a crime against God and man.”

Despite changes over the years in the rigidity of ‘untouchability’ against the Dalits, vestiges of this Indian racism still remain. Dalits are being ostracized from walking along the upper caste areas in Tamil Nadu. Dalits have special plates and have to squat on the floor while upper castes would sit on chairs even at roadside dhabas in Karnataka. Dalits have been brutalized recently in Gujarat for spotting a moustache and in Rajasthan, a Dalit groom and his relatives were thrashed for arriving on a horse for his marriage to the bride’s house. Believe it or not, in Uttar Pradesh, a High Court judge cleansed his office with cow-dung water as his predecessor had been a Dalit!

Even the Catholic church in India, with two thirds of its 18 million members being Dalits, have been struggling with the simmering tensions in several places due to continued discrimination and bias against the Dalits even in the church.

“This elevation of a Dalit Archbishop as a Cardinal is historical,” Fr Devasagayaraj Zakarias, former secretary of the Dalit Commission of the Catholic Bishops Conference of India (CBCI) told me from his parish under Pondicherry Archdiocese in Tamil Nadu.

“Even non-Christian Dalits are excited about this elevation as high positions are often denied to Dalits in India. The Pope has set an example that a Dalit too can be a Cardinal. This decision gives hope to Dalit Christians. It will certainly lead to drastic changes in the church,” remarked Fr Zakarias, himself a Dalit who headed the CBCI commission for 7 years.

“It is sad a fact,” Fr Zakarias pointed out, “Dalits face discrimination not only in the society but even in the church.” Of the 200 bishops in India, there are only 11 Dalit bishops despite the community accounting for 65 percent of the Christians, he lamented.

Despite positive changes in several places and fronts, the former CBCI official Fr Zakarias elaborated on some of the discriminatory practices against the Dalits in the church:

“There are still parishes with separate cemeteries and hearses for upper castes and Dalits; special doors to bring Dalit bodies into the church; Dalits denied membership to parish choir or as altar servers; preference for upper castes to receive communion first etc.”

On the structural level in the church too, he pointed out: “Caste discrimination lies deep-rooted, with vocations from Dalits discouraged by some upper caste clergy and instances of Dalit priests discriminated in appointment to high posts including as provincials of religious congregations while Dalit Christians are often disappointed in admission to elite institutions.”

“Cardinal Poola has a special responsibility to be a voice for the Dalits. With his elevation as Cardinal, the Pope has given a clear message to those who discriminate against the Dalits in the church. This appointment will have far reaching impact in the church,” Fr Zakarias noted.

In fact, the Pope has given a crystal-clear message to the ‘upper castes’ clergy who behave like ‘superior’ human beings with the elevation of simple Dalit Archbishop Poola as Cardinal despite having any scholastic paraphernalia.

In 2000, I had reported a scandalous incident when bishop Marampudi Joji was raised to the first Dalit Archbishop in India as Archbishop of Hyderabad. However, his predecessor, retiring Archbishop Samineni Arulappa, caused a consternation in the church with his remarks:  "Rome is being taken for a ride. Rome does not know the ground realities."

Further Archbishop Arulappa even claimed that more than 95 percent of Hyderabad archdiocese's clergy are opposed to the elevation of bishop Joji as the archbishop of Hyderabad. It could have been true as overwhelming majority of the clergy belong to the minority upper castes who control the church affairs.

With the surprise elevation of Dalit present Archbishop of Hyderabad as a Cardinal, I have no doubt, Pope Francis has undone the damage Archbishop Arulappa had caused to the church in 2000.

“My elevation as a Cardinal is certainly reiteration of the call of the Pope to reach out to the peripheries. This is an opportunity for me to be an agent of compassion and mercy to the poor and the Dalits under the norms of the church and in obedience to the Holy Father,” replied Archbishop Poola when he was asked how he would try to fulfil the ‘aspirations’ of the majority Dalit Christians in the country.

Born in a Dalit Christian family in 1961, Poola was ordained a priest in 1992 and became bishop of Kurnool diocese in 2008 before he was appointed Archbishop of Hyderabad in 2021. It must be remembered that Kurnool had witnessed embarrassing protests for a Dalit bishop and I had met the vocal protesting delegates who came to New Delhi to meet the Nuncio.

“I feel thrilled,” says Franklin Caesar, a lay Catholic and one of the founders of National Council for Dalit Christians, endorsing the Dalit Christian euphoria over the appointment of a Dalit Cardinal.

“The Holy Father is addressing the racism in the church. We are very happy that the Pope has done to India now what he has already done to the Blacks in Africa and the United States with Cardinals from the discriminated community,” pointed out Caesar, known for challenging the constitutional discrimination against Christian Dalits by waging a legal plea for two decades in the federal Supreme Court of India.

(In 1950, the federal government had enacted a special legislation paving way for the constitutional discrimination against ‘Dalit’ Christians. This legislation listed Hindu Dalits as Scheduled Caste (SC) and made them eligible for free education and 15 percent quota in government jobs and legislatures to improve their social status.

While the SC privileges were extended to Sikh Dalits in 1956 and Buddhist Dalits in 1990, these have been denied to Muslim and Christian Dalits who account for two thirds of Christians.

Caesar quit his engineer job in Railways to challenge this statutory bias against Christian Dalits and moved to New Delhi to pursue his appeal still pending in the Supreme Court).

“We are hopeful now that the appointment of a Dalit Cardinal will certainly boost our campaign,” Caesar said.

“After Archbishop Telesphore Toppo of Ranchi (in tribal heartland of Jharkhand), himself a tribal, was made a Cardinal in 2002, two dozen dioceses have tribal bishops now. But in my Tami Nadu state, there is only one Dalit bishop in 18 dioceses,” pointed out Caesar.

Though some pious Christians would try to shut their eyes and say ‘it is not around me or in my state’, caste discrimination remains a pestering sore in the body of the Church – irrespective of Catholic or other denominations. Two Christians were shot dead by police over violent protests against Dalit Christians in Pondicherry in March 2008. It was followed by Pondicherry Cathedral doors being shut by Vanniar priests and lay people to prevent Archbishop Michael Augustine from entering it with the body of the mother of a Dalit priest, instead of entering from the customary side door.

The distressed Archbishop shared his anguish with me how the 10-year seminary formation had not undone the caste-mindset among the priests. The Frontline report on this laid are the deep caste fault-lines in the church.

“Caste blood is thicker than Christ's blood for some Christians,” yet another senior bishop told me.

Indeed, routine pious declarations of CBCI and non-Catholic bodies like NCCI that ‘“Casteism is a sin and caste-based discrimination is a crime” have not made any change in the caste mentality or discrimination against even Dalit Christians in church institutions.

Kudos to Pope Francis for giving a blunt message of the domineering upper castes in the church who perpetrate the scandalous discrimination against Dalits in the church, contradicting Christ’s message.

(Anto Akkara has been a journalist with Indian and international media for three decades. For his ‘stellar work’ on Kandhamal conflagration in Odisha state, Akkara was conferred the prestigious Titus Brandsma Award for Journalism 2013, instituted in memory of a Dutch journalist St Titus Brandsma )