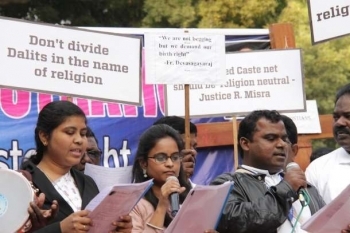 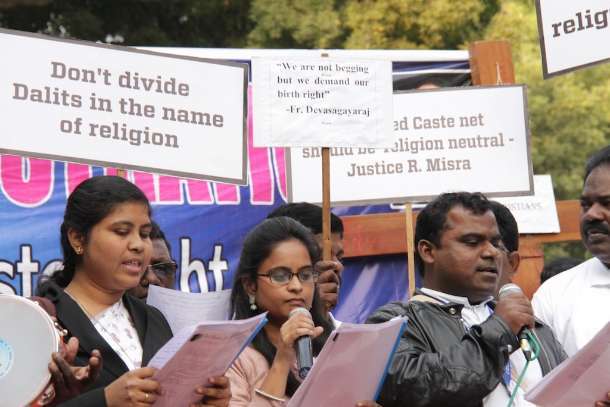 At the peak of Covid-19 last year, when the Pinarayi Vijayan-led Left Democratic Front (LDF) government in Kerala issued an order granting Rs 2.5 crore as special allowance to members of the Kozhikode Zamorins royal family, it raised the hackles of many. It was then revealed that during the 2020-21 fiscal year, Kerala had distributed Rs 5.4 crore as family pension to members of 37 royal families in the state.

While this is not an entirely new phenomenon, for a cash-strapped state such as Kerala, it sits in stark contrast to the lot of the depressed classes, especially Dalits. For instance, the Kerala State Development Corporation for Christian Converts and the Recommended Communities (KSDC) was allocated a similar Rs 5.7 crore in the latest budget presented by Kerala Finance Minister KN Balagopal on March 11, catering to the estimated 25 lakh Dalit Christians and a dozen other recommended castes.

For a state that prides on dispensing social justice, Kerala has accorded step-motherly treatment to its significant number of Dalit Christians over the decades. Worse still, the Church hasn’t done much better, despite Dalits making up a significant number in all the major church denominations.

The plight of Dalit Christians in India

Historical reasons beyond the scope of the State of Kerala are responsible for the present state of affairs. For instance, Dalit Christians (and Dalit Muslims) do not enjoy Scheduled Caste status as per the Constitution. Para 3 of Article 341 in the Indian Constitution (Scheduled Caste) order 1950 states, “No person who professes a religion different from Hinduism shall be deemed to be a member of a Scheduled Caste.” This was later amended to accord Dalits who converted to Sikhism and Buddhism Scheduled Caste status, in 1956 and 1990 respectively.

But despite the First Backward Classes Commission constituted in 1953 clearly concluding that Dalit Christians continued to be discriminated against, both within and outside their religion, status quo was maintained throughout. Much later, in 1993, following the implementation of the Mandal Commission recommendations, the Union Government of India included Dalit converts to Christianity and Islam in the “Other Backward Classes” in the Union list. But that did not improve the prospects of Dalit Christians, especially in states like Kerala.

The Church and Dalit Christians

Christians in Kerala have played a significant role in the field of education, apart from exerting their influence over politics and society right from its inception. Be it the Syrian Christians, Latins or the Church of South India (CSI), the different denominations run a significant number of educational institutions, cumulatively administering 95 government-aided colleges (47 percent of the total number). Additionally, there are 2,596 government-aided Christian management-run schools in Kerala. But there is not even a token reservation for Dalit Christians in any of these institutions, be it in seat allotment or teaching/non-teaching posts, perhaps a reflection of the fact that none of these institutions have a Dalit Christian management.

Activist OP Raveendran’s Right to Information (RTI) query revealed that CMS College in Kottayam has the maximum Dalit Christian representation among teaching (7 out of 85) and non-teaching (16 out of 40) staff, from among the 40 government-aided colleges surveyed. The paltry representation of Dalit Christians even in non-teaching posts would indicate that there is some sort of institutional discrimination at play. Activists point out how there could be improved representation if the postings were taken out of the purview of the management to the Kerala Public Service Commission (PSC) instead, although such a proposal would be opposed tooth-and-nail by managements.

If the Church-managed institutions failed to give adequate representation to Dalit Christians, the State of Kerala has equally failed in its bounden duty to dispense social justice to the community. While Dalit Christians get two percent reservation in last grade postings and one percent in other posts due to the clarity in the terminology used by the PSC, its representation in educational institutions suffer as a result of disingenuity. In the PSC list Dalit Christians are categorized as Scheduled Caste Converted Christians (SCCC), even as they are termed ‘Other Backward Christians’ or OBX in the Socially and Economically Backward Classes (SEBC) list meant for admissions in higher educational institutions.

This inequality was further exacerbated in 2014 when the Oommen Chandy-led United Democratic Front (UDF) government made arbitrary reallocation of quotas without undertaking any studies as stipulated in law. For instance, the quota for Latin Christians was raised from two to three percent by clubbing the miniscule Anglo-Indian community with them; fresh quota of one percent each was carved out for the sparse Kudumbi and Kushava communities; and the Dheevaras and Vishwakarmas allotted two percent each, even as the lot of Dalit Christians remained unchanged.

The one percent reservation under OBX category for Dalit Christians had to be shared with the South Indian United Churches (SIUC), a faction of the Church of South India (CSI) made up mostly of Nadars, who wield influence within the community even otherwise after inheriting the educational institutions set up by the London Missionary Society (LMS) in South Kerala and the Basel Mission in Malabar.

When the Pinarayi Vijayan-led LDF government extended the OBX net to include the non-SIUC Nadar Christians by an executive fiat in June 2021, it added insult to injury as the one percent was to be shared among three communities now. Moreover, when the Economically Weaker Sections (EWS) made it to the list, it struck a mighty blow to the concept of reservations and affirmative action as a whole.

How Dalit Christians came to be undercounted in Kerala

It was the Justice Kumara Pillai Commission set up in the mid-1960s that is primarily responsible for the current plight of Dalit Christians, for its report severely undercounted the community’s figures (deliberate or otherwise) and categorized exclusive Dalit Christian Baptist churches under other groups. So, the Dalit Christian community, which was estimated to be around 5 lakh in 1951, were now approximated to be about 1.5 lakh. While this anomaly was partially addressed by the Nettoor Commission and the KA Gangadharan Commission in the 1970s, the damage was already done.

While presenting the budget in 2014, the-then Kerala Finance Minister KM Mani stated that the government estimated the number of Dalit Christians around 20 lakh – nevertheless the UDF government did nothing to increase the representation of the community. It is interesting to note that while the State Minority Commission had flagged the issue of Dalit Christians getting a raw deal, the government was more interested in doling out funds to erstwhile royals.

In 2012, the UDF government enhanced the pension of Njavakkad and Meenachil royal families from Rs 600 to Rs 3,000 (with retrospective effect from January 2011) and this sparked off a chain of events. Soon the other royal families moved court demanding parity but the UDF went ahead and announced a ‘family and political pension’ of Rs 2,500 for the Kozhikode Zamorins, which was extended to even minor members of the family. This was in addition to the ‘Malikhana’ of Rs 2,500 granted by the Centre to royals in the erstwhile British Malabar. The logic offered for extending the largesse by the UDF government was that the Zamorins who ruled the kingdom of Kozhikode from the 12th to the 18th century had willfully handed over their property to the state.

In 2017, now the Pinarayi Vijayan-led LDF government at the saddle, it consolidated the various pensions to Rs 3,000 per month, which further raised the bill for royal pensions. The general administration department data tabled in the Kerala assembly in October 2021 revealed that 876 members of Kozhikode Zamorin royal family received approximately Rs 19.51 crore in family and political pensions from 2013 to 2021, over and beyond the ‘Malikhana’ granted by the Centre.

In comparison, the money allocated for the Kerala State Development Corporation for Christian Converts and the Recommended Communities (KSDC) is paltry, especially considering the vast population covered under the scheme. Moreover, more than half that amount goes to paying salaries to the members making up the commission. The LDF government had recently nominated singer and musician Jassie Gift as Chairman of the KSDC, but such symbolism is all that is in display. When Kaduthuruthy legislator Mons Joseph raised the question of allocation of money from the KSDC corpus to various sub-groups, it was revealed that only a fourth of it was spent for the welfare of Dalit Christians on an average.

From the 1950s till the ’80s organizations such as the Backward Class Christian Federation (BCCF) existed in Kerala’s political firmament. Today Dalit Christians are devoid of leadership and unity. According to Sunny Kapikkad, Dalit Christians continue to organize themselves along their former caste networks such as the Kerala Pulaya Mahasabha than forming pressure groups on the basis of their collective identity. “They lack the community consciousness needed to demand their rightful share of resources.”

In conclusion, both the Church and the State have a responsibility to Dalit Christians to give them the representation they deserve, beyond paying lip service. To quote Paul’s epistles to Galatians: “For all of you who were baptized into Christ have clothed yourselves with Christ. There is neither Jew nor Gentile, neither slave nor free, nor is there male and female, for you are all one in Christ Jesus.” Let Dalit Christians too be accorded the same courtesy and equality.